Clem Schultz' life was ripped apart along with the rest of Fairdale, Illinois last Thursday when a deadly tornado tore through the small town. After the tornado passed, Schultz dug his way out of the resulting rubble and debris. He found his wife's body -- without a pulse.

"I had to leave her behind but I knew there wasn't anything I could do for her," the 84-year-old told The Chicago Tribune.

His wife, Geraldine Schultz, 67, was one of two people who died, along with their neighbor and friend, Jacklyn Klosa.

But Clem Schultz did find some light among all the destruction. The family dog, Missy, was found and reunited with him just two days later.

In another tiny stroke of luck, Clem Schultz heard Monday that a resident around 35 miles away had found a cherished photo of Clem and Geraldine Schultz taken 25 years ago. "It brings back a lot of memories," Clem Schultz told WGN News.

The first found item posted to this page was a picture taken 25 years ago of Clem and Geri Schultz it was found 35 miles...

Posted by Found Items from the Fairdale Illinois Tornado on Monday, April 13, 2015

The family who found the photo posted it on a Facebook page set up to reunite items lost in the tornado with their rightful owners. A Facebook page has also been set up to follow the family's journey and to allow people to donate to a GoFundMe page to help Clem rebuild his life.

Our hearts go out to everyone affected by the tornado. 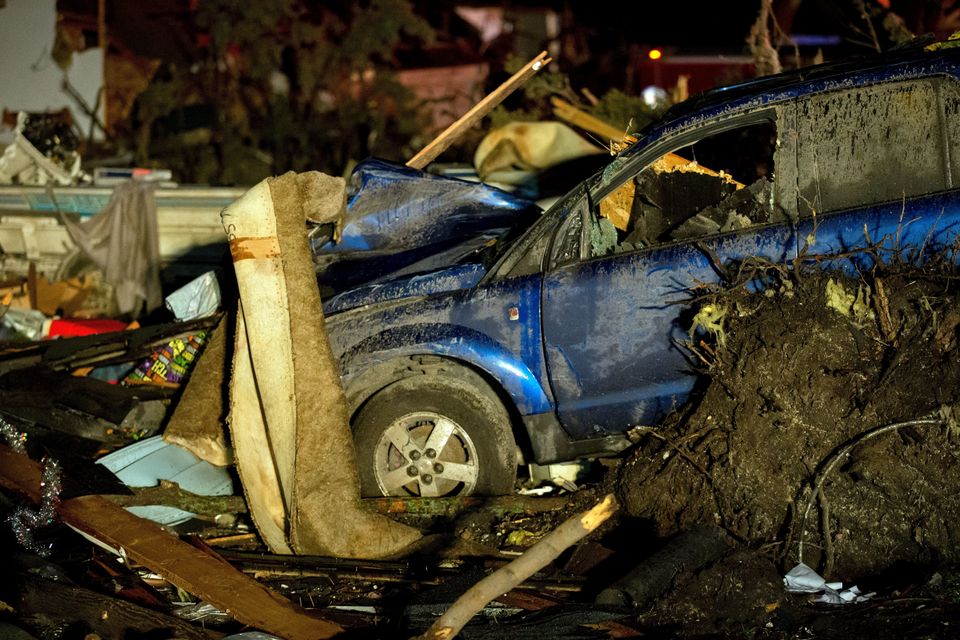 1 / 25
Tornado Slams Into Small Northern Illinois Town
FAIRDALE, IL - APRIL 09: Crews work to clean debris on the IL-72 after a tornado came through the town earlier in the day on April 9, 2015 in Fairdale, Illinois. According to reports, seven people were injured and one person was killed when tornadoes and thunderstorms passed through the northwestern suburbs of Chicago. (Photo by Jon Durr/Getty Images)
Jon Durr via Getty Images