SAN FRANCISCO (AP) -- A San Francisco man is one race away from completing seven marathons in seven days on seven continents.

Tim Durbin is the only American competing in the World Marathon Challenge that started last Saturday and ends in Sydney on Friday.

So far, the 31-year-old has run six marathons, each 26.2 miles, through snow, rain and jetlag in Antarctica, Chile, Miami, Madrid, Morocco and Dubai.

"In the last 48 hours I've slept less than 9 hours and ran three marathons," he said in an email earlier this week. He said most of his sleep has been on the airplanes between cities with a few hours spent in hotels following the races. He did have one full night of rest after running in Chile and before heading to Miami.

Durbin added that the biggest challenge has been the quick turn-around times.

"Twice we have done two marathons in 24 hours. Sleep deprivation will likely be a factor going forward," he said.

So far, the Morocco marathon was the toughest.

He started running in Marrakech less than 7 hours after he completed the race in Spain.

Durbin is averaging about 5 1/2 hours for each 26.2-mile marathons.

Durbin spent roughly $37,000 to participate with 11 others, who are from Brazil, India, Great Britain, Hong Kong, France, Finland and Australia.

The World Marathon Challenge is part of a bigger challenge that Durbin started two years ago. In 2013, he started logging his miles for walking, running, cross country skiing and swimming in order to complete the distance around the equator - 24,901 miles before 2022.

"I am just trying to prove to myself that an average person can do what most others think is impossible," he said. "It's a mental challenge as much as it is physical." 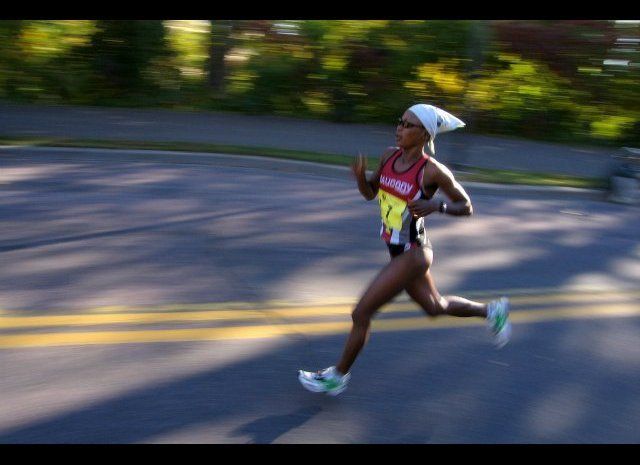 1 / 5
#5) Medtronic Twin Cities Marathon -- St. Paul, Minnesota
Set during the most scenic time of fall, this race has been unofficially dubbed, “The Most Beautiful Urban Marathon in America” by many racers and supporters. And the beauty goes far beyond the lake views throughout the flat course. Festivities are in full-swing the entire marathon weekend with fun events for the entire family. Twin Cities makes their marathon a celebration, attracting over 300,000 spectators, 5,000 volunteers, over 25 entertainers and Cheer Zones, and post-race activities. tcmevents.org <em>Photo Credit: © <a href="https://www.flickr.com/photos/drewgeraets" target="_hplink">Flickr / Drew Geraets</a></em> <a href="http://www.theactivetimes.com/worlds-25-best-marathons-slideshow?utm_source=huffington%2Bpost&utm_medium=partner&utm_campaign=run" target="_hplink"><strong>Click Here to See More of The World's 25 Best Marathons</strong></a>