More fake news unfit to print can be found on The Political Garbage Chute.

GLEN SPRINGS, CALIFORNIA -- When Capt. John Fortsmith retired from the army in 2012 he had no plans to do anything political. Fortsmith considers himself a moderate, having voted for both Republicans and Democrats in presidential elections as well as state and local level contests. Capt. Fortsmith's aversion to politics, however, changed as he watched the Sunday morning political talk shows over the weekend. Fortsmith says he watched "in shocked outrage" as he learned that President-elect Donald Trump tapped Lt. General Michael Flynn to be his national security adviser. Flynn has been one of the chief defenders of Trump's campaign suggestion to ban Muslims from immigrating to the United States. 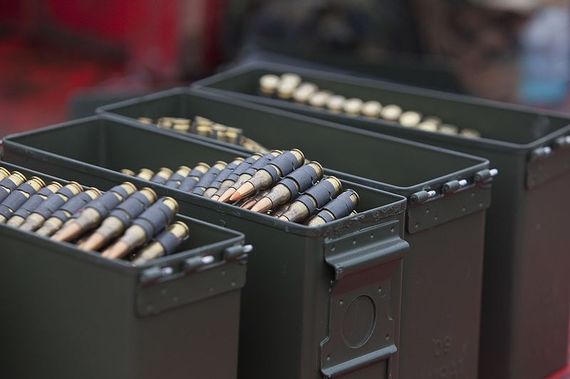 When Capt. Fortsmith heard Mr. Trump's surrogates defending a registry of Muslims, he says that was "a bridge too far" and he immediately got on his iPad to start a GoFundMe crowdfunding effort that he knows might raise several eyebrows on the right-wing of American politics.

"I started the fund to help pay for concealed carry permits for Muslim Americans," Fortsmith wrote on his blog this weekend, "because clearly they're going to be the target of some truly, horrifically un-American policies under President Trump."

Capt. Fortsmith wrote that he didn't serve in the army for 20 years to defend everyone's freedoms "just to watch some orange-faced dictator rob good, decent Americans of their rights." He said that as a student of history, he has "very good reasons" for wanting to ensure that Muslim Americans retain and exercise their Second Amendment rights.

"I've studied history my whole life," Fortsmith wrote, "and a lot of anti-gun control people say that since Hitler disarmed his people, we shouldn't have gun control laws. But the thing they never say is that he only targeted the people who he planned on wiping out. It's way easier to commit mass murder when your potential victims can't defend themselves."

In addition to paying the concealed carry permit fees for Islamic Americans, Capt. Fortsmith says he plans to start another GoFundMe effort to pay for other firearm-related things.

"I want to get as many Muslims to join the NRA as possible," Fortsmith's blog says "because every chance we get to show them as being just as American as the couch potratiots who support un-American things like religious belief registries and wholesale bans on people of a certain religion, we need to take advantage of. They think they're the moral majority, when there are millions of Americans like me who would vote for a sane Republican or a sane Democrat and know that Trump comes nowhere near fitting that description."