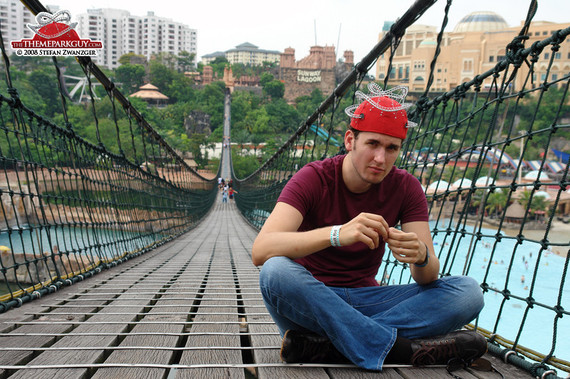 Stefan Zwanzger, the Theme Park Guy, and his own original, patented hat. Here he is seen in Malaysia. All photo credits belong to Zwanzger.

Ever wondered what it would be like to quit your job and spend the rest of your life traveling the world visiting theme parks? I'm sure we all have.

For Stefan Zwanzger, there is no wondering about it.

In November of 2007, Stefan decided to quit making short movies (with which he never made a dime) and travel the world to photograph and review theme parks. Stefan posts all of his pictures and reviews on his elaborate website, The Theme Park Guy. Descriptions avoid data collections on coasters and engineering statistics on rides, focusing instead on the overall "feel" for the park, depicted by his own ranking of one to five stars.

Stefan keeps profiles for all parks he has visited, those he will visit, and those he has visited the outskirts of (i.e., they are still under construction). In total, he has visited 304 theme parks from around the globe; these parks have taken him to 133 different countries, including a few exotic ones such as Albania, Egypt, Bangladesh, Ecuador, and India to name a few. His complete list and reviews are online. Who knew there were so many theme parks? 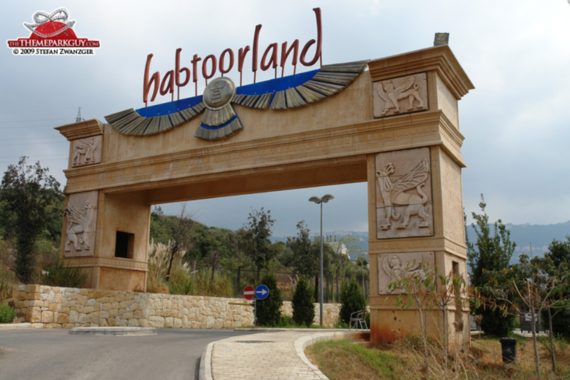 One of the numerous exotic theme parks Stefan has visited: Habtoorland in Lebanon.

Quite recently he paid Shanghai a visit to see how the new Disneyland Shanghai was coming in. Let's just say he found a much less glamorous Cinderella castle than most of us are used to. Stefan has also been keeping tags on the Avatar Land that will be implemented in Florida's Animal Kingdom come 2016, a Bollywood-style park in Dubai, and even a robot land in Korea. 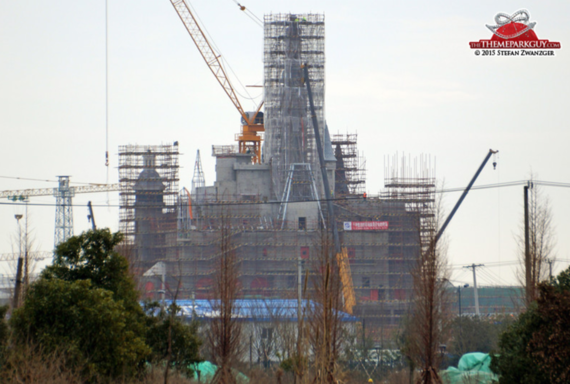 I know what you're all thinking right now: why does he get to do that? And where can I sign up!

Believe it or not, Stefan actually pays for all of his travels on his own accord. No mommy or daddy, no huge inheritance. He had a rather successful affiliate marking business in parallel to attempting a swing at movies before finally ending up in theme park travel.

And what a great industry to be in.