Latin rock band Maná teamed up with Al Gore and The Climate Reality Project to talk about the dangers of carbon pollution.

Maná, along with Gore, took part in a special multimedia broadcast called “24 hours of reality: The cost of carbon.” The live-streamed program embarked on its third year of promoting action against carbon pollution and raising awareness about climate change.

The program took a look at ways that the earth is suffering from carbon pollution. Founded by Gore, a Nobel Laureate, The Climate Reality Project focuses on spreading the word about climate change and offers steps people can take to contribute to fixing the problem.

Taking care of the environment has always been important to the Mexican band, which has been named “the most widely sold and heard Latin band in the world,” according to Billboard magazine.

Starting off in Guadalajara, Mexico back in 1986, the band is made up of Fher Olvera, Alex Gonzalez, Sergio Vallin and Juan Calleros. Together they have left their mark all over the world, selling more than 30 million albums.

They have shown their commitment to environmental causes through projects such as Selva Negra, which focuses on educating people about the environment and ways to take care of it.

“For Maná it is very important to support Selva Negra that is our environmental foundation. It was founded 18 years ago. First we were working very hard on the protection of sea turtles and in all these years we released more than 2 million sea turtles to the ocean,” said Olvera, the band’s lead singer.

“Then, we worked on reforestation in many countries, but the most important thing that we want to do is inspire people to take action. We want that the people think globally and act locally in their own communities. Now we have the great opportunity to create one voice, I’m talking about social media, which is a great tool to do that.”

"Maná encourages their fans to join the cause by getting involved in an environmental group in their communities. Another way to help is to reduce our consumption," Olvera said.

“Something that is very important, we have to stop being a high consumer society. We have to go back to the basics, because there we can find happiness,” Olvera adds.

For information about the “24 hours of reality: The cost of carbon,” visit their website.

Maná’s ’24 hours of reality: The cost of carbon’ performance above. 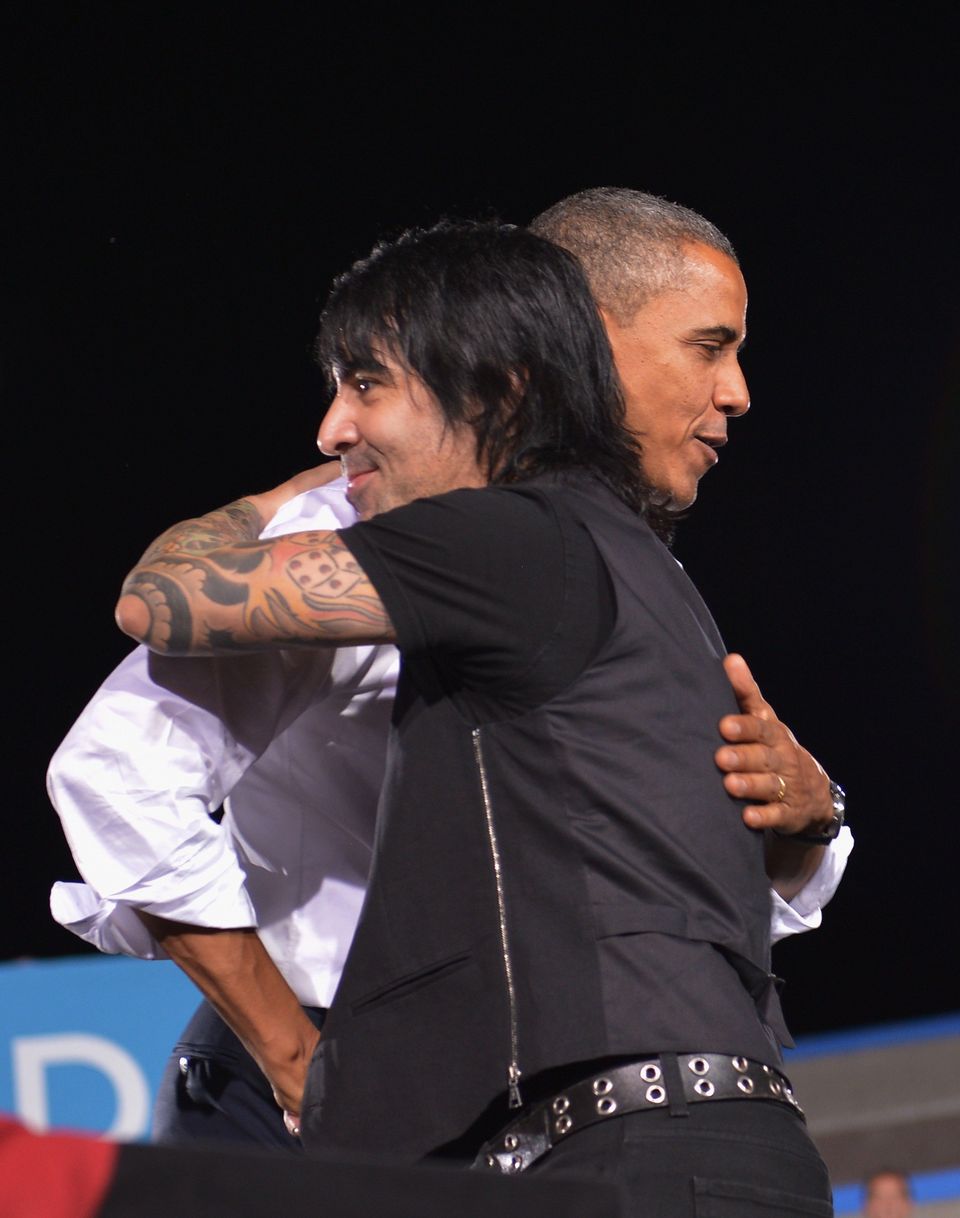