Those friendly giants let you bum a ride, and then, before you know it, you're slapped with criminal charges.

At least that's what might happen to one Florida woman, who was photographed by beachgoers as she caught a lift from a manatee in Fort De Soto Park, the Tampa Bay Times reports.

UPDATE: The woman in the photos has identified herself to police as Ana Gloria Garcia Gutierrez, 52, of St. Petersburg, Fla., the Sun Sentinel reports. She allegedly admitted to riding the manatee, and said she did not realize that doing so was illegal.

Officials determined that the crime was not an arrestable offense because it did not occur in the deputy's presence.

The manatee is believed to have not been harmed.

See More Photos Of The Manatee Ride: (story continues below)

Apparently, people just can't stay away from manatees. In July, officials had to use police tape to cordon off a manatee mating area because so many people had gathered in hopes of glimpsing some manatee lovemaking. 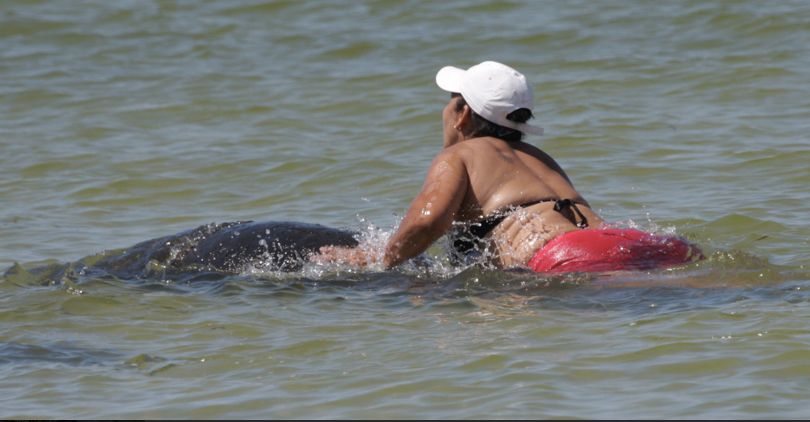