A middle school girl is making sure every kid gets the awesome birthday party they deserve.

Mandi Simon, 11, is the founder of Minnesota-based nonprofit Simon Says Give, which provides students in need with birthday celebrations and school supplies. Since the organization launched in 2011, it has thrown over 500 birthday parties for kids whose families are having difficulty making ends meet.

“Well, I just kind of thought every kid at least deserves a couple hours or a day to celebrate themselves,” Mandi told CBS Minnesota.

The parties celebrate kids of all ages, each with different stories. Two years ago, Mandi and Simon Says Give held a birthday party in Minneapolis for a girl named Jennifer and her godsister, Laquilla, who had recently lost her mother to cancer. The two girls were given a candy-making party to celebrate with their family and friends.

Mandi has been recognized as a GlobeChanger by the Jefferson Awards Foundation for her philanthropy at such a young age. “My goal for Simon Says Give is to impact 2 million kids by the year 2022,” she told GoodNews Network.

The organization's mission is more than just providing birthday parties, however. The gatherings have evolved into school supply drives as well.

Each summer, the organization holds its High Five For Supplies Drive, which two years ago provided 1,000 kids with school supplies. The mission for 2015 is to reach 10,000 kids, the group wrote on their website. To reach its goal, the group encourages other kids like Mandi to become involved by raising money through small ventures like lemonade stands or a car wash.

To learn how to volunteer for Simon Says Give, or to donate, click here. 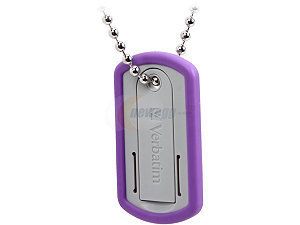 1 / 15
Verbatim 8GB Dog Tag USB Flash Drive
<b>What it is</b>: “The dog ate my homework” is just one excuse that your teenager will never get to utter again, thanks to the Verbatim Dog Tag USB key. This stylish, yet practical, back-to-school fashion accessory is a rugged looking necklace that also functions as a 8GB USB flash drive. As an added bonus, the USB drive is water resistant – so your teen can’t claim to have drowned their homework either. <b>Price</b>: $21.97 <b>Where To Buy</b>: <a href="http://www.overstock.com/Electronics/Verbatim-8GB-Dog-Tag-USB-Flash-Drive-Violet/8923209/product.html?refccid=IG4NPRVGSRF2ENKCMGAZCW2X6E&searchidx=33" target="_blank">Overstock.com</a>