Manhattan's famous grid plan turns 200 years old today and the New York Times has a great interactive map showing how closely the plan in 1811, meant to accommodate a burgeoning population, matches the city's layout of avenues and streets today. In celebration of what is essentially our city's DNA, here are a few reasons we're still thankful for our city of right-angles. 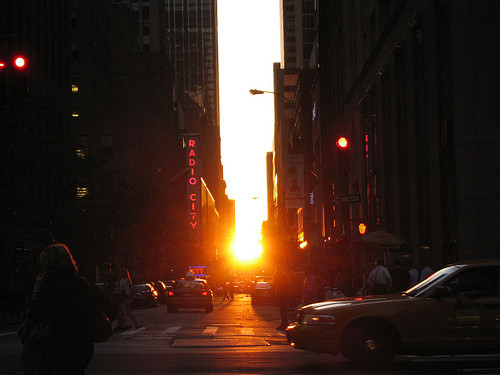 It happens four times a year that the sun aligns perfectly with our street grid, creating magnificent views of the sunset or sunrise from every city corner. The sight is enough to make you wonder if the grid plan isn't in fact a divine one. It happens for the first time this year on May 30th, and don't be surprised if you see throngs of photographers taking to the streets, trying to capture one of our city's prettiest phenomena.

2. Tourists Don't Ask (As Much) For Directions 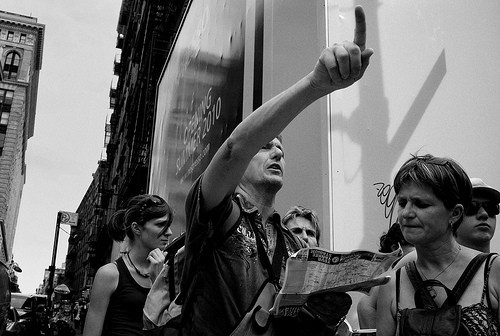 The grid is a very easy system to navigate (except in the West Village, which is just geographical nonsense). At any point you can orient yourself, figure out what's North, what's South and how to get where you're going. This is, perhaps, especially true for tourists coming to the city, of which last year, there were 48.7 million. If you think New Yorkers can be rude now, can you imagine what they'd be like if every five steps someone asked them how to get to Hard Rock?

3. Future Civilizations Will Make Up A Bunch Of Theories About Us 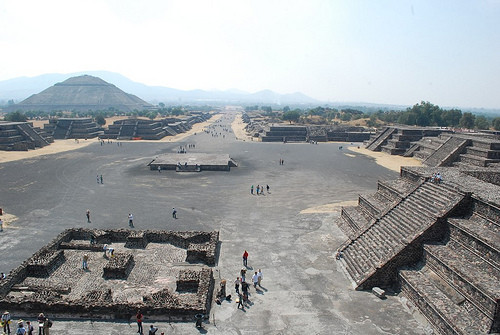 The grid plan is an ancient one. Some of the ruins in Central America have systems of roads like ours, and some ponder if they were laid out for mythological purposes. The American Museum of Natural History's Neil Degrasse Tyson wonders if future archaeologists will think the same of us: "What will future civilizations think of Manhattan Island when they dig it up and find a carefully laid out network of streets and avenues? Surely the grid would be presumed to have astronomical significance..." Makes you feel part of something mysterious, right? 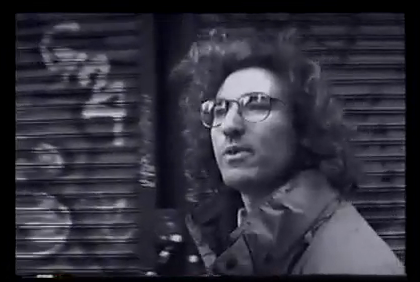 One of New York's most famous tour guides and eccentrics, Speed Levitch thinks the grid system is too rigid, "puritanical" even. You don't have to agree with him but it's fun to listen to him talk and he's certainly passionate about our city. Watch the poetic tirade here.

5. It Created Our City 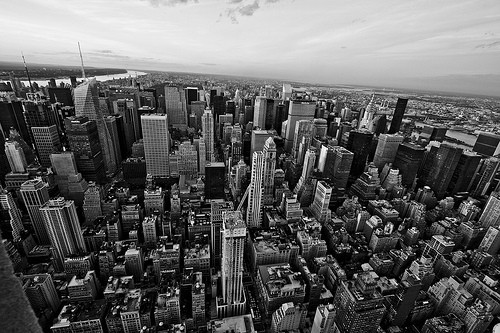 Before 1811, the majority of Manhattan's population, roughly 60,000 people, lived below Houston street. It was predicted then, that within half a century the city would "contain 400,000 souls." And they were way off. By 1860, Manhattan's population was 800,000- and the grid contained it. The grid system provided an apt design for packing a lot of buildings into a small place. Now, Manhattan's home to 1.6 million people.