Tuesday night's highly-anticipated 2012 Manhattanhenge debut was a bust. There was a storm, pretty in of itself, but no half-sun slowly setting between skyscrapers.

Wednesday night, however, was much better. The clouds stayed away just long enough that New York City's photographers (or anyone with instagram) were able to capture a full sun aligning itself with the city's 201-year-old street grid.

Truly a great "urban phenomenon," it's great to see Manhattanhenge almost becoming a holiday in New York. Onlookers often blocked traffic, stopping in the middle of the street to get the best view.

Check out some photos of our pretty city below. Have your own? Submit!

And if you missed out on Wednesday night's spectacle, that's okay. It will happen again on July 11th and 12th. 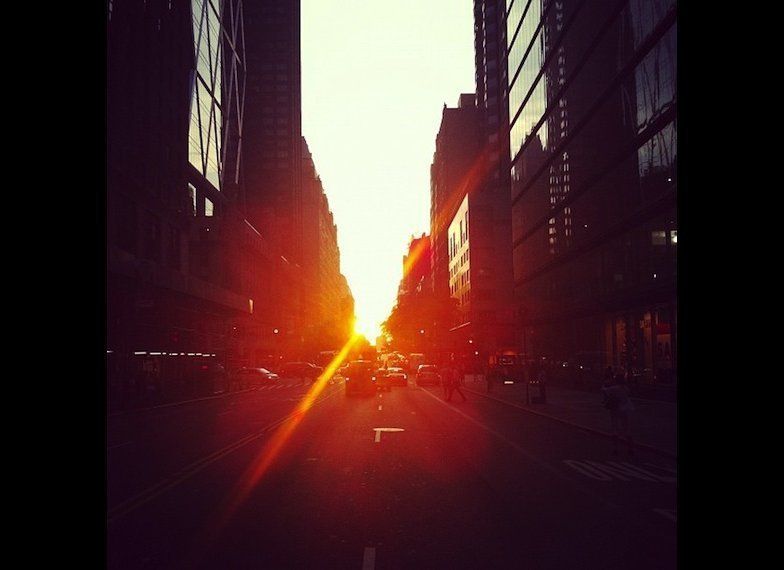