The spectacular sunset that aligns perfectly with Manhattan’s street grid returns to New York City on Monday and Tuesday at 8:20 p.m. ET. These are the last times to see the semiannual phenomenon in 2016.

Manhattanhenge creates “a radiant glow of light across Manhattan’s brick and steel canyons, simultaneously illuminating both the north and south sides of every cross street of the borough’s grid.”

At least that’s how astrophysicist Neil deGrasse Tyson has described the phenomenon. And it was Tyson, a native Manhattanite, who first popularized the term “Manhattanhenge.”

Manhattanhenge ― the name is a nod to the prehistoric monument Stonehenge, which was built to align with the rising sun during the summer solstice ― occurs because of the roughly east-west alignment of the borough’s street grid. It’s not the only “henge” out there ― others include Bostonhenge, Phillyhenge and Torontohenge, according to The New York Times.

EDITOR’S NOTE: HuffPost Science will be hosting a Facebook Live stream of the event starting tonight at 8 p.m. Eastern Time. 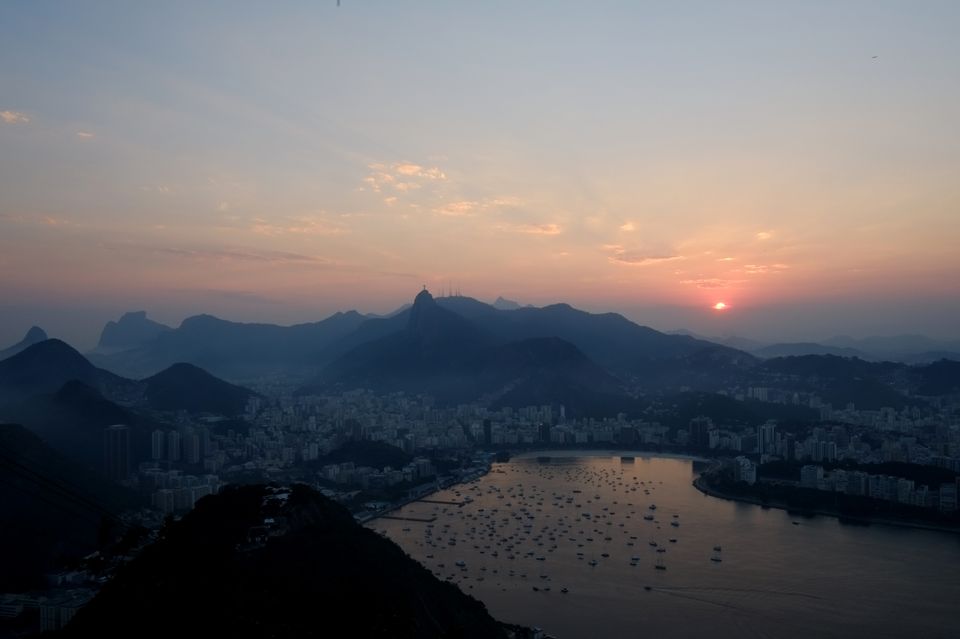 1 / 39
The sun sets on Botafogo bay with the Christ the Reedemer statue on the Corcovado mountain in the background in Rio de Janeiro, Brazil on May 5, 2013. (CHRISTOPHE SIMON/AFP/Getty Images)
Getty Images