During news bulletins on the recent bombing in New York's Chelsea district, did you happen to notice how sanguine residents of the area seemed while being interviewed on camera? Neighbors seemed to take the blast in stride--even after twenty-nine people were rushed to the hospital and windows were blown out for blocks. 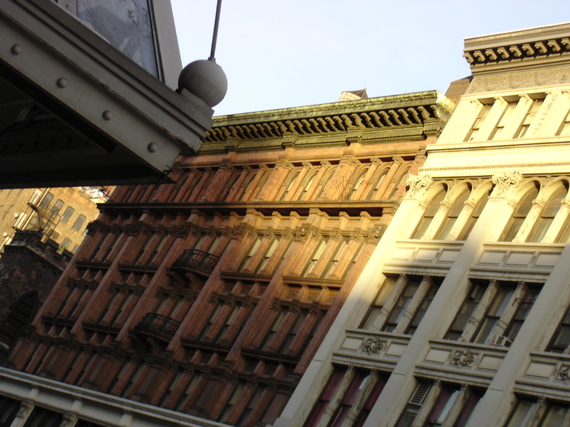 Seeing blasé expressions flanked by images of police lights and broken glass rocketed me back to my years growing up in the neighborhood, roughly seven blocks from the 23rd Street blast. It reminded me of a few of the things that make Chelsea tick.

News reports these days characterize it as an "area of writers and artists, galleries and eclectic bistros." And as with neighboring Greenwich Village, some of these things are true. My parents, for instance, were writers for Life Magazine. My grandfather was a painter.

But along with our pens and paintbrushes, we Chelsea-ites may pack a hammer. Or even a hoe. 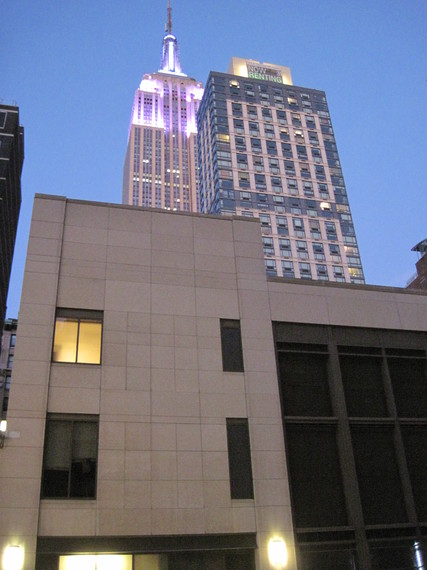 Long before it was hip, Chelsea was a neighborhood of scraggly orchards and scrubby fields. In the late 1700s, Clement Clarke Moore made a name for himself here with his poem, "A Visit From St. Nicholas," and eventually Moore decided to chop his estate into lots. This, along with New York's first elevated railway, gave Chelsea its early grid.

Almost immediately, an influx of railroad workers made the neighborhood hard-working and tough. And Chelsea stayed that way when, in the late 1800s, 28th Street attracted a row of song publishers and became the "Tin Pan Alley" of lore. Though forgotten now, Chelsea's showbiz run lasted for decades. Between 1900 and 1915, the streets around 23rd housed America's first movie studios--before Hollywood stole them away.

Even when it comes to the area's artsy traditions, they're due, not to the presence of schools or museums, but to a fleabag hotel: the Chelsea Hotel on 23rd Street, which was, for many years, a down-at-heels residence for writers including O. Henry and Tennessee Williams. 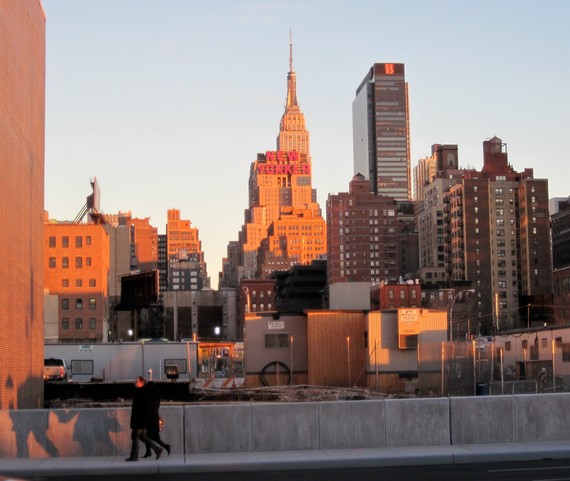 In my day, during the 1960s and 70s, Chelsea was a place of undecorated brownstones, small-time manufacturers, and corner coffee shops that wafted out burger-y smells to busy sidewalks. Streets near the Hudson River were a kingdom of car washes and radio-crackling headquarters for New York's yellow cabs.

So, in watching news reports last weekend, was I surprised that my "gallery-studded, bistro-dotted" neighborhood was so unflustered by the blast?