Holiday tourists are sure to get an eyeful when they hit New York City's Times Square this season, courtesy of a new Manhunt Mobile campaign.

The sizzling new campaign features three rotating billboard ads, situated near the southeast corner of Broadway and 47th Street in Manhattan, and will run through New Year's Day.

But are the ads appropriate for Times Square, particularly during the holidays? Take a look at the photos and then cast your vote below: 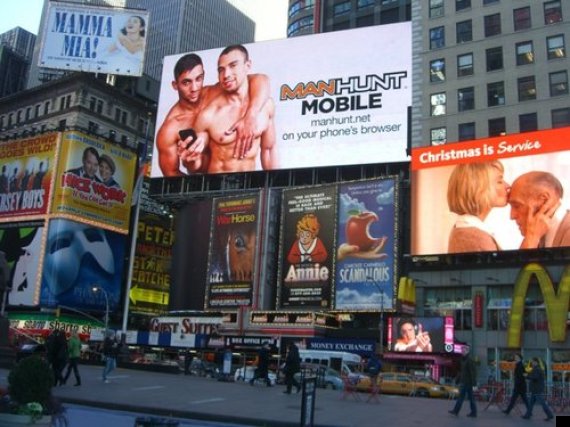 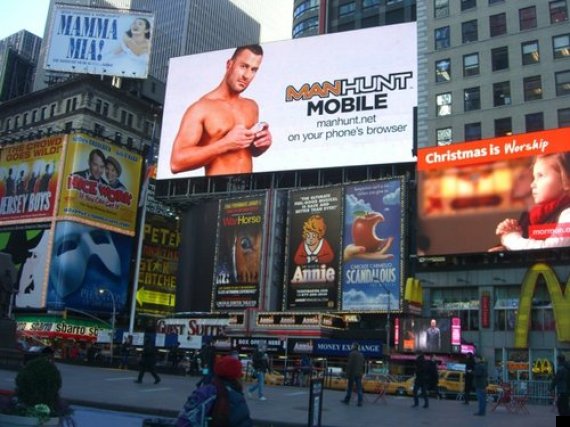 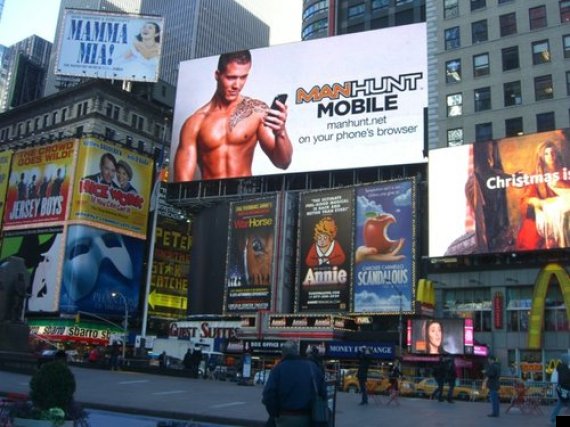 Manhunt Ad Appears In New York's Times Square
LGBT Commercials
1 / 16
Heinz Deli Mayo
In 2008, Heinz pulled an ad for its mayonnaise featuring two men kissing after approximately 200 complaints to the British Advertising Standards Authority that it was "offensive" and "inappropriate." "It is our policy to listen to consumers. We recognise that some consumers raised concerns over the content of the ad and this prompted our decision to withdraw it," Nigel Dickie, director of corporate affairs for Heinz UK, <a href="https://www.huffpost.com/entry/heinz-pulls-mayo-ad-showi_n_108860" target="_hplink">told<em> The Guardian</em></a>.