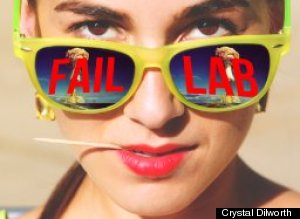 Every Monday is #ManicureMonday on Twitter. But Monday, November 18 was different. Hawaii-based scientist and women-in-science advocate Hope Jahren was up before sunrise with a plan: to take over the #ManicureMonday hashtag to help break stereotypes for women and girls in STEM fields. The announcement read: "post your real hands doing real science, nail polish optional". The ultimate goal was to get the attention of Seventeen Magazine and its 700,000+ followers:

Purpose of #ManicureMonday is to contrast real #Science hands against what @seventeenmag says our hands should look like. All nails welcome.

The call was a success. The scientific community responded with hundreds of pictures from women and men of all ages showing their hands-on scientific experiments. Even one came in right before the launch of MAVEN, NASA's new mission to Mars .

But the Twitter handles were all familiar, most coming from the #scicomm community. The cross-pollination did not seem to take off. And as soon as the community on the other side of #ManicureMonday started to notice the invasion, not all reactions were positive:

Of course, science and femininity are not mutually exclusive, exactly the point Jahren was trying to make with this Twit-mob:

But that illustrates the formidable challenge most of the current "women in STEM" initiatives are facing: how to reach teenage girls if not through their own spaces and channels of communication? How many of these 700,000+ Seventeen Magazine followers watch The Big Bang Theory and believe those stereotypes about female scientists? This brings me to Eileen Pollack's recent New York Times piece about cultural stereotypes in science: being socially cool is just not compatible with doing science.

Success in math and the hard sciences, far from being a matter of gender, is almost entirely dependent on culture -- a culture that teaches girls math isn't cool and no one will date them if they excel in physics -- Eileen Pollack

Pollack calls it the "double-whammy" of women in STEM: a woman too attractive or feminine will have a hard time being taken seriously, but a woman perceived as too smart or accomplished is threatening and "not dating material". The Daily Beast reported yesterday how young female scientists find themselves stuck on the wrong side of this sexy/smart dichotomy. Today Julie Meyer, founder of EntrepreneurCountry writes in her LinkedIn column:

The power of peer pressure and poor role models on young women is immense. What is needed is an alternate source of inspiration for young women other than the media attention on how they look and whether they are attractive to men. -- Julie Meyer

If "you can't be what you can't see", as Marie Wilson from the White House Project said, then the question becomes: where is this source of inspiration? How to make visible the thousands of female scientists that are also stylish, socially adapted and can serve as role models for teenage girls to look up to?

The Future-ish "Annual Stylish Scientist List" recognises since 2011 scientists that express themselves in their life and work proving that "along with doing fascinating research, scientists are fascinating people, from athletes and techies to chefs and yes...even fashionistas." (No confusion, the use of the stylish adjective does not relate to physical attractiveness or the quality of their wardrobe.)

But wait. Why is there no list of "top 30 stylish lawyers"? Or gardeners, or literature professors? Because for all other jobs, everybody knows that professional and personal lives can be perfectly separated. Lawyers don't have to choose between being lawyers or stylish. But this does not seem to be the case for scientists -- especially the female ones -- when catalogued as geeks or nerds, as these define who they are, not what they do every day from nine to five.

Will Seventeen magazine and other media outlets reflect on all this and welcome the initiative? Will they ever include the word science in their vocabulary? Will they help young girls feel proud about their brains as they encourage them to be about their manicured hands?

I believe that Jahren's challenge of the status quo is a victory already, but as she anticipates:

Like other epic feminist struggles, fully wresting #ManicureMonday from the colorful talons of @seventeenmag may take a while. #longhaul

I hope many more will board this long haul fight.