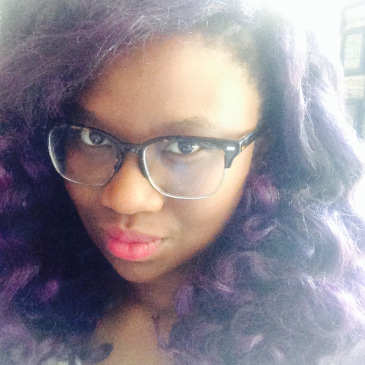 Iyvon Edebiri is a writer, director and theater producer. Her passion is rooted in her belief that theater is for everyone and strives to bring diversity within performance art in order for a more understanding and compassionate society. In our self-care interview below, we discuss her relationship with theater, activism and self-care.

How did you discover your love for theater?
I wouldn't say I grew up being a creative child. I grew up in an immigrant household so there wasn't always the freedom to be creative.

In sixth grade, my book club teacher brought in her husband to run the drama club. One day, I left my bag in the drama club classroom and tried to sneak back in to pick it up. My teacher's husband just said, "You there, stand over there." I was just too shy to say I had to leave, so I just stayed. They were practicing for School House Rock. I remember surprising a lot of people. I got one of the lead roles in that and I've loved theater ever since.

Where were you born?
I was born in Nigeria and I moved here when I was three. My sisters were born here.

What made you decide to start writing?
There aren't a lot of stories that I wish were told, or stories that reflect my life as an African-born American living in New York. There are all these stories that no one wants to dive into, the general stories of "others." It's so boring and dull to see the same white middle-class family in a living room having rich people problems. I cannot connect to that at all and I don't know many people who do.

What's challenging for you in terms of self-care?
I didn't realize I dealt with anxiety until last year, when it got really bad. I was withdrawing and having panic attacks. I felt like I was going crazy. I had to take a few weeks off of social media and would come home from work and reflect on what made me happy. That breakdown was a good turning point. One way I deal with anxiety is having a weekend to get away and calm down. I can do nothing if I want to. I can study for a test if I want to. It's my time.

What are your symptoms when you have acute anxiety?
My chest gets really tight and my body tightens. I start crying and it's hard to breathe. In general, my brain is in overload and I can't sleep well. I know the things I have to do to make it better, but I don't because the thought of doing it also makes me anxious. It's an awful cycle.

Are you more productive when you're anxious, or the opposite?
At first, it's hard for me to do work because I don't even have the willpower. It's not until I break out of this bubble that I can calm down and write out what I need to do. As soon as I write down my goals, a huge weight is lifted and I can be proactive.

How did the Parsnip Ship come about?
The Parsnip Ship was an idea my creative partner Eric Bourlag presented to me. I actually wasn't all that interested in podcasts until I listened to Serial, was I thought was cool and interesting. Our first recording was with playwright Jose Rivera's School of the Americas, which he also directed. It was fantastic of him to do this weird experiment with us.

Eric and I want listeners to feel we've invited you into the space we have created during the reading. We make an effort to choose plays we feel you'd want to listen to on your commute or with friends and a drink. We're excited to finally launch this ship on Feb. 25. So much time and work has been leading up to this and it's great that we're finally here.

You also have a live audience during the recording.
We make sure our audience knows they don't have to be silent. Please laugh if something is funny. We also create drinks or cocktails that go with the theme of the play, and that can be self-directed by the playwright. We've started this model of recording in living rooms to create a relaxed environment. We're sitting down, listening to a play with a drink in our hands.

What is the art world's responsibility to raising awareness?
My work used to be solely about diversity until very recently, when I was just over the word diversity. I can continue to fight for it and talk about how important it is, but my friends already know that it is important. So they're not necessarily my target.

You want to change the minds of people who don't already agree with you.
Exactly. Diversity in arts and entertainment all come from the top and trickles down. As much as we want to believe that diversity is the forefront of these leaders' minds, it's really not. In the end, it's money.

We can see this in the #OscarsSoWhite controversy. People weren't boycotting because the Academy ignored four great performances by Black artists. It's that this is still a very small number compared to the number of movies that have white stars in it. I'm also tired of hearing people say diversity is a Black and white issue. I want all of the people that exist around the world to have some form of equal representation in films that we spend money on. Studio executives feel that a certain cast won't bring in money, but they're proven wrong very often.

The simplest example is the fact that female leads can make just as much at the box office.
Exactly. People got mad at Jennifer Lawrence writing the article about gender parity and pay. "She's a millionaire, she should be happy with what she has." Why should she settle for less when her co-star Bradley Cooper made more? I don't hear you complaining about how much money he's made.

To read the full interview and continue the conversation, visit Self-Care With Writers.