Manny Gutierrez is a brilliantly talented makeup artist, a YouTube star, a Maybelline model and the son of a pretty awesome dad.

Earlier this month, Maybelline announced it had chosen Gutierrez as the brand’s first-ever male ambassador. Fans of the former pre-med student, who boasts over 3 million followers on Instagram, were thrilled he is the new face for Big Shot mascara.

But, of course, some haters had to have their say and tried to ruin the groundbreaking moment.

Matt Walsh, a “christian columnist and political incendiary” who writes for The Blaze, tweeted a homophobic message about parenting using a photo of Gutierrez.

Dads, this is why you need to be there to raise your sons. pic.twitter.com/8ybirgppKi

In response, Gutierrez made it clear that his dad is not only “there” for him, he’s also overwhelmingly proud of him and currently works for the model as well.

You can have a seat 😌

Gutierrez also offered his own awesome definition of what it means to be a “man”:

Being a man isn't about how "tough" or "masculine" you are ... it's about taking care of the ones you love.

But the Maybelline star wasn’t the only one with a message for Walsh. Gutierrez’s his dad had his own powerful reply for the blogger.

“I know the words you speak are from lack of knowing anybody from the LGBT community,” he wrote in a text message screenshot shared by Gutierrez Saturday. “If you did, you would soon realize they are some of the most real and kind hearted individuals that walk this planet of ours. Going forward, I would choose your actions and words wisely. Just like you would do anything for your family, I would DO for mine.”

My dad is a fucken SAVAGE, I can't with him ❤️ pic.twitter.com/iWceEmZ6L4

You can take that seat now, Matt.

CORRECTION: This article has been updated to reflect that Gutierrez has said he was a pre-med student, not a medical student.
Download
Calling all HuffPost superfans!
Sign up for membership to become a founding member and help shape HuffPost's next chapter
Join HuffPost 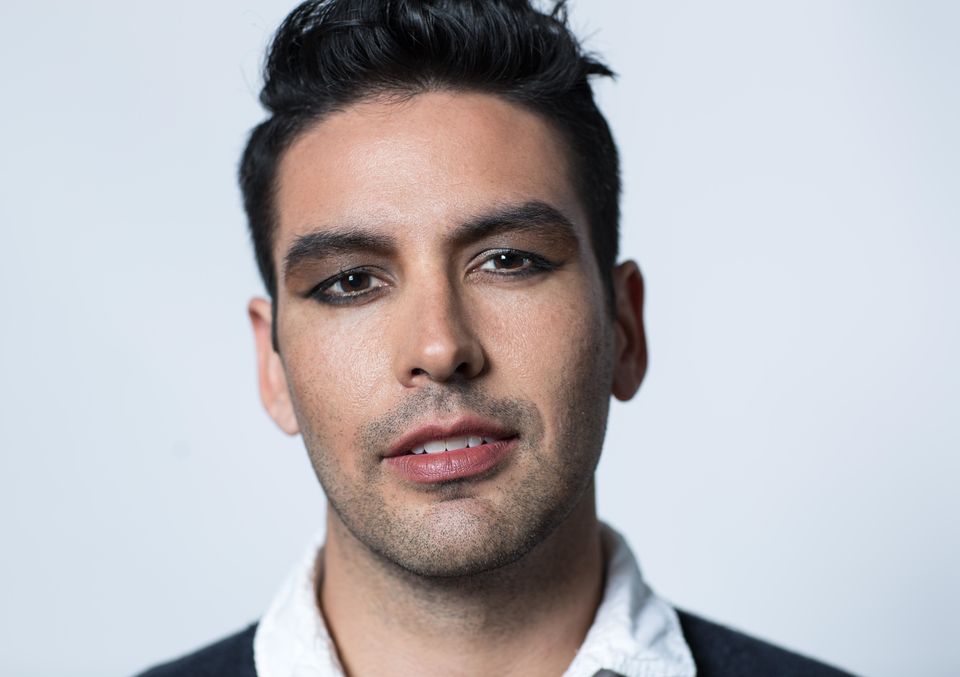