Call him Manny the miracle.

Passed over for the pick of the litter and sold at a discount price, a Chicago-based French bulldog named Manny the Frenchie has gone from overlooked to overnight sensation in a matter of months.

The beloved pet has become the world's most web-famous French bulldog by eclipsing the popularity of Trotter, the "hipster French Bulldog" and popping up in all corners of the Internet.

The 2-year-old French bulldog — known to his nearly quarter million Instagram followers as having a fondness for taking naps in the bathroom sink — has the kind of face that inspires (two) Buzzfeed listicles, White Sox fans, Audi promotions and even Martha Stewart.

In advance of his Monday appearance on the Steve Harvey show, Manny's human parents Jon Huang, 35, and Amber Chavez, 30, brought the famous four-legged friend to visit the Chicago headquarters of AOL and Huffington Post.

Story continues below the slideshow.

Huang and Chavez said during the visit that "Manny the Frenchie" almost never happened.

"He was actually the unwanted one in his litter," Huang said. "The breeder was like, 'we'll give you a discount if you take him.' He's the bootleg special dog."

Though Manny has drawn scores of Chicago followers thanks to his support of the city's teams, the French bulldog's fandom spans worldwide. "He has a lot of friends in Brazil," Chavez said.

The pup's popularity has only grown since the aspiring model was tapped by major brands like American Apparel, Converse and Martha Stewart's PetSmart line. According to Huang and Chavez, their dog's star quality was apparent almost immediately.

"He's always gotten attention from day one when we got him. Everyone just loved him," Chavez said. "I don't think French bulldogs are as popular, they're more rare, especially in Chicago. He's just a cute little butterball and everyone was attracted to him."

Huang says that while Manny "hates vacuum cleaners" and being left alone, he's as well-behaved as they come, getting along with babies, adults and other dogs. Discipline, the couple says, is rare.

"It lasts about half a second," Chavez says. "He pretty much gets what he wants, so there's not much discipline, unfortunately. But he's not bad."

"Anywhere we go, he just wants to meet everyone," Huang added.

The famous pet is more than just a handsome face or branding icon: Manny's mug is also being used to help raise funds for the American Society for the Prevention of Cruelty to Animals and the French Bulldog Rescue Network. Starting Monday, exclusive Manny t-shirts are on sale, with proceeds going toward ASPCA and FBRN.

"We lucked out," Chavez said. "Can you imagine if someone else got him?" 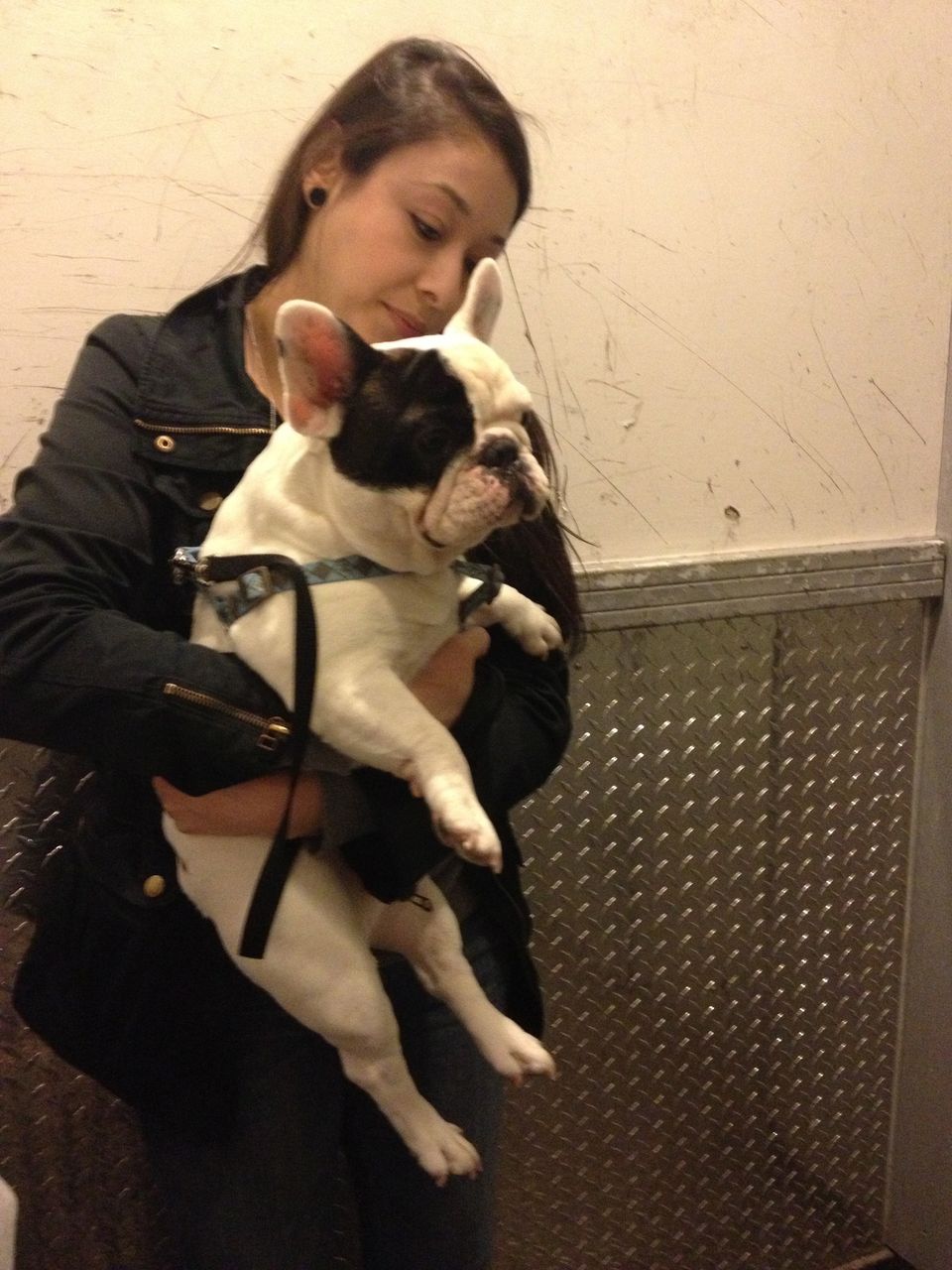