The New York artist Manuel Pardo died last November, after a short illness. Born in Havana, Pardo was one of the more than 14,000 children who left Cuba during Operation Peter Pan, an unsanctioned emigration from the country organized by the U.S. government and the Catholic Church. The program was limited to children, their parents staying behind. Arriving in the United States in 1962, at the age of 10, along with his elder sister, Pardo struggled in foster families until 1966, when his mother managed to join them in America -- an event of which Pardo said later, "God arrived, in the form of a woman with a very long braid." (His mother, Gladys, had decided not to cut her hair until the family was reunited.) 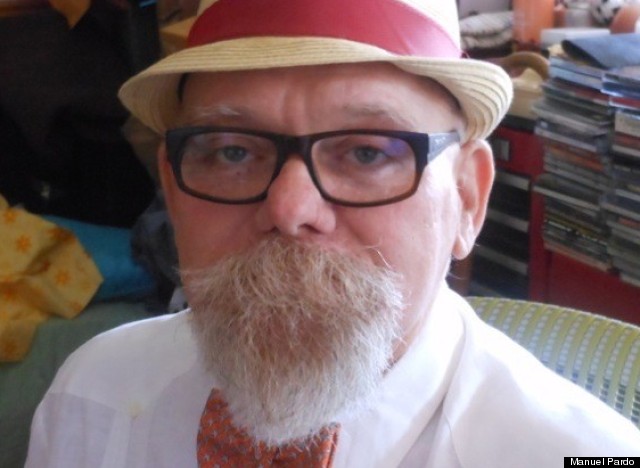 That primal moment would inform much of Pardo's adult work as an artist. A figurative painter, he worked in bright but subtle colors that he saw as culturally related to his Latino background, and he produced many pictures of women, often with his mother in mind. A large body of work was made with a self-invented technique involving drawing in pencil into grounds of wet paint; the method allowed no revision or correction, and demanded a quick, sure, and decisive hand. These and other pictures usually show a stylishly dressed woman in an ornate interior, the patterns of wallpapers and curtains providing her with an elaborate backdrop. Having been teased for his Hispanic background as a child -- "Where are the pompoms?," Pardo remembered being asked -- he embraced a flowery decorativeness in his work, which at the same time looked back to a decorative history in modernist art in which the primary figure was Henri Matisse. Other paintings at larger scale showed urns, roses (Gladys had kept a rose garden), and tropical landscapes, and all Pardo's work was informed by his gay sexuality. He is survived by his partner, Medardo Clavijo, and by his mourning friends.

David Frankel is an editor in the Publications Department of The Museum of Modern Art and a contributing editor of Artforum and Aperture magazines.