Traditional Chinese portraiture is all about soul. To be more precise, it's about chi-yun-sheng-tung, translation: "breath-resonance-life-motion." Also known as "spirit resonance," the painting principle is the most provocative of six legendary rules enshrined by a 6th century critic, Hsieh Ho (the others are more concrete, describing how to arrange images, and hold brushes). By Ho's reckoning, portraitists had an almost divine calling: to see the life force vibrating inside their subject, and make us see it too. 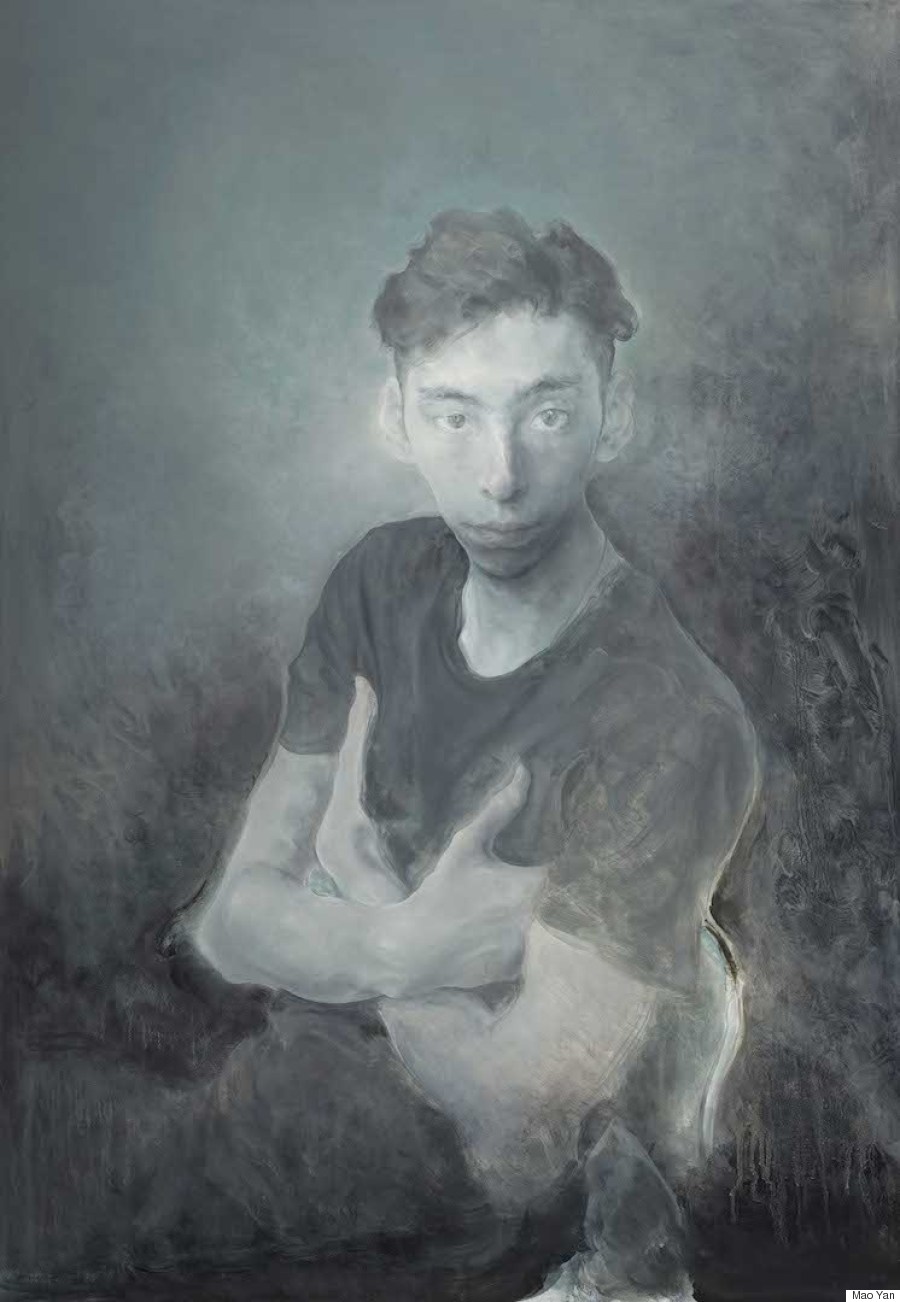 This begs the question: does the Chinese portraitist Mao Yan break rules, or follow them? Take the Yan portrait above. The subject, a flesh-and-blood man named Xiao Dai, looks more mythical than real. He is almost a comic book character, campily posed in a way that arguably undermines the painting's chi-yun-sheng-tung. But then there are his eyes, meeting the viewer's with remarkable clarity, as if to say, "Here I am." 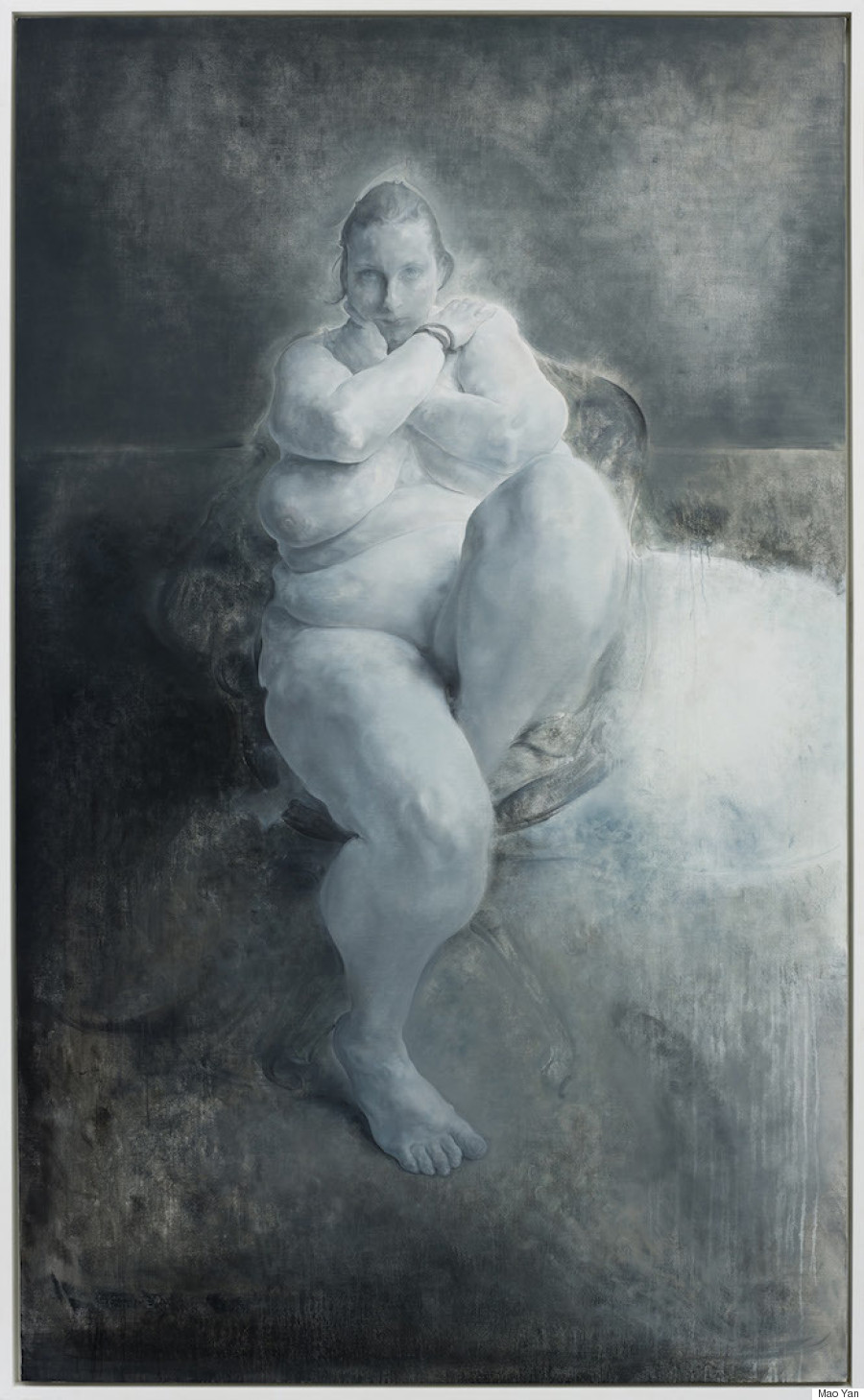 This is the seeming conflict at the heart of all Yan's work. A teacher at the Nanjing University of the Arts, in Nanjing, China, the 47-year-old is a portraitist for the selfie age, a painter of others who still manages to self-reflect. He paints exclusively in grey tones, often observing his subjects over long stretches of time. Classically trained at the Central Academy of Fine Arts in Beijing, his paintings use the old tropes -- the seated nude and oval frames -- to downgrade rather than prioritize his subject's identities. He deletes context, often rendering background without any defining characteristics. The idea is to explore painting itself, its mood-making powers, its transformative effects. The defining element in this paradigm is the artist's soul, not the subject's. That chi-yun-sheng-tung vibrating through the canvas? Its source is the one person not pictured: Yan himself. 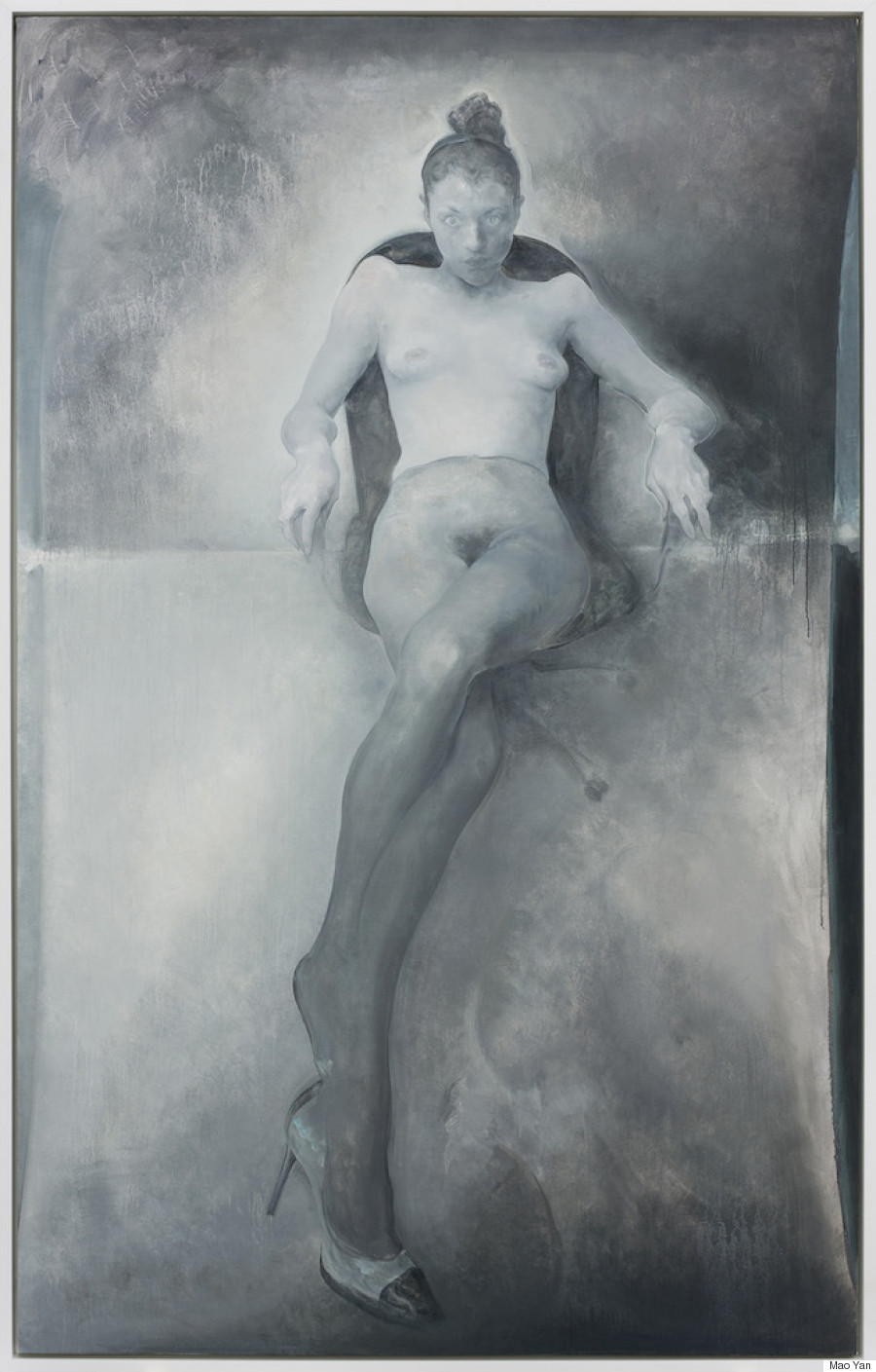 This spring, Yan opens an exhibit of all new work at Pace Gallery in New York, a corpus the gallery has aptly called simultaneously "blurred and penetrating." Some of the nudes loom over visitors, at more than ten feet tall. Others are less intimidating, framed tightly around the subject's bust. Six are portraits of the same man, a Belgian émigré to China, Thomas Rohdewald, whom Yan has focused on for more than a decade. 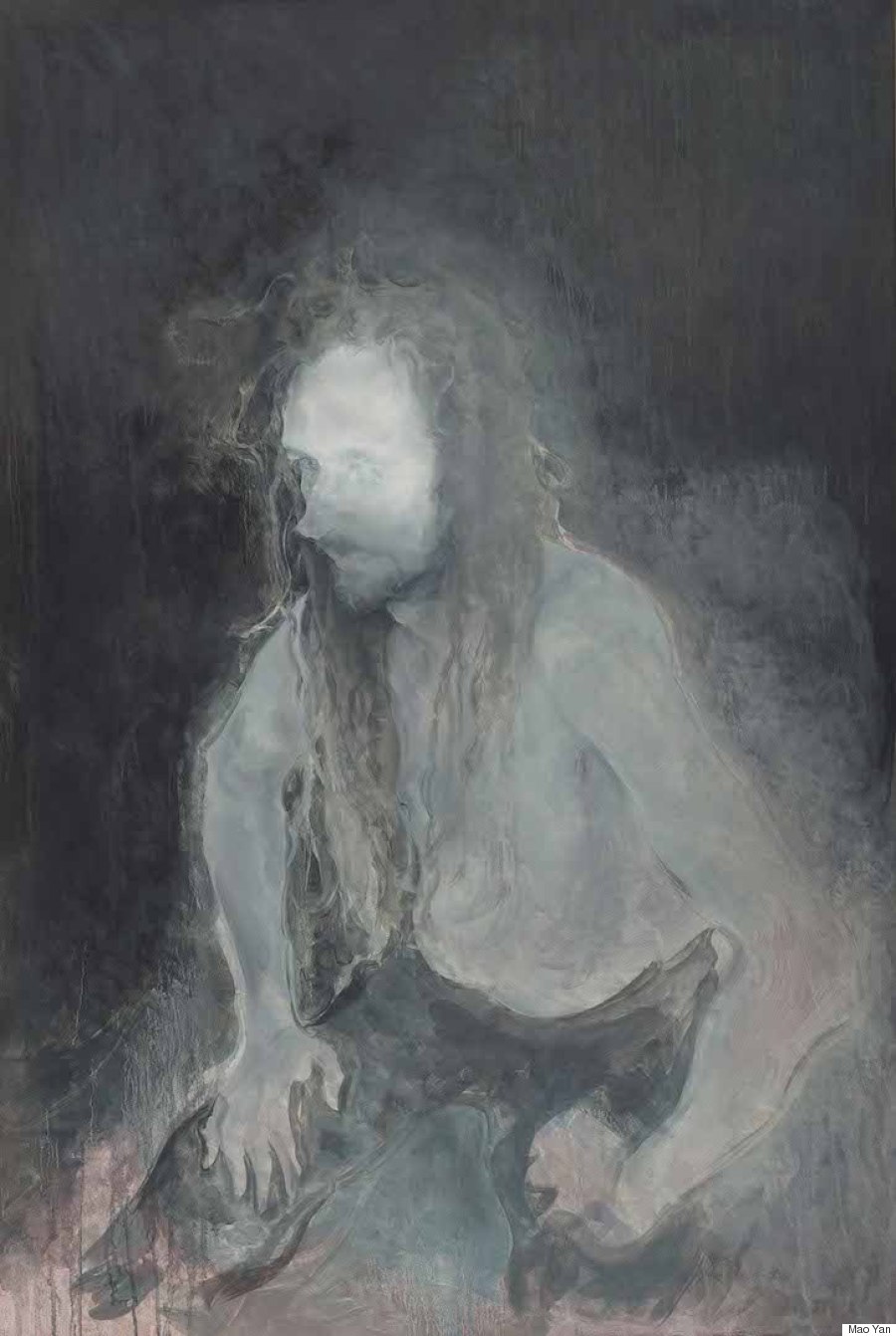 Rohdewald's repeated presence speaks to Yan's priorities. He was picked not for the soulful curve of his nostrils, or compelling back story, according to the Pace website, but to widen Yan's representation outside of immediate family and friends. The clinical nature of that choice might seem harsh, as if Yan is designing a college brochure and including a requisite number of "diverse" students. But then his subjects are his material. In this portraiture, the portraitist's the thing.