A bus driver in China is being hailed as a hero after he narrowly escaped death during a head-on collision and then brushed off his injuries to help the 26 other passengers, local media report.

Captured on closed circuit television, the bus driver, Mao Zhihao, barely dodged a pole that smashed through the vehicle's windshield. The crash occurred on Sunday afternoon in Jiangshan, a city in China's eastern Zhejiang province.

According to a Huffington Post translation of Zhejiang Online, Chinese netizens on microblogging sites have praised Mao for being an exceptional driver.

During a video interview from a local hospital, where Mao is being treated for a ruptured spleen, he described his initial reaction after the crash.

I was pinned down by the lamppost and put the bus into gear instinctively. I had no idea which gear it was exactly, I just wanted to slow the bus down. I couldn't see the road, and tried to drive it to one side of the road. The bus hit the guardrails and finally stopped.

In a similar incident in June, another Chinese bus driver was praised for his quick-thinking actions during a freak accident in Beijing. The driver, Wu Bin, managed to maintain control of the vehicle after a piece of flying metal struck the windshield.

If the video above is not available in your region, try the clip below. 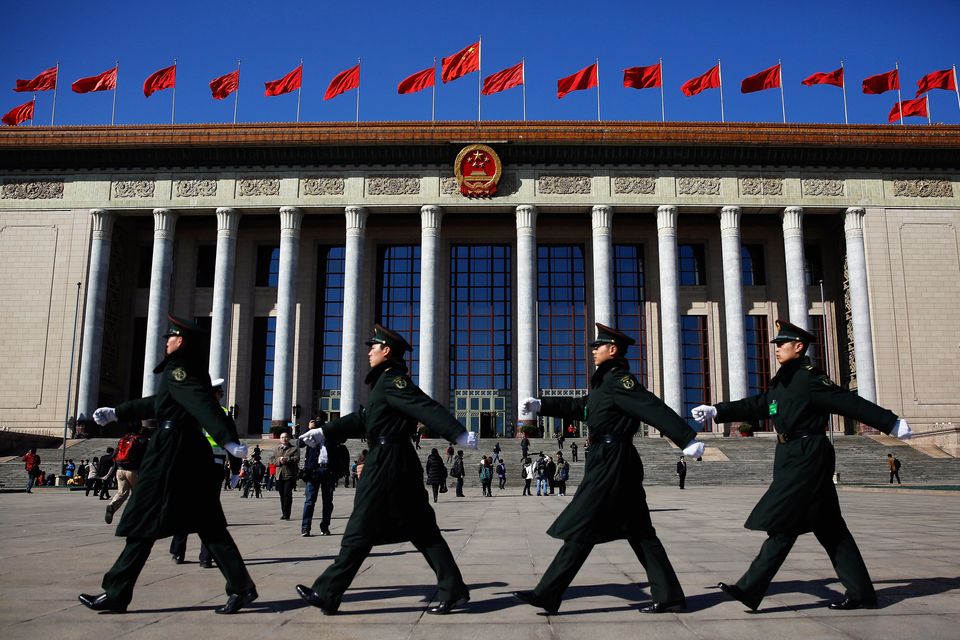 1 / 14
Chinese military soldiers match past the front of the Great Hall of the People after a pre-opening session of the National People's Congress (NPC), China's parliament, on March 4, 2013 in Beijing, China. (Photo by Lintao Zhang/Getty Images)
Getty Images