In 2009, artist and scientist Stephen Von Worley created a data visualization of every McDonald's in the U.S., using data from AggData. The map is once again making waves after a Redditor recently posted the map. Two years later, as more outposts have opened, the map remains a powerful visualization of just how omnipresent the fast food chain is.

Von Worley observes, "McDonald's cluster at the population centers and hug the highway grid. East of the Mississippi, there's wall-to-wall coverage, except for a handful of meager gaps centered on the Adirondacks, inland Maine, the Everglades, and outlying West Virginia."

He also notices the "McFarthest spot," an area in the Nevada desert in which the closest McDonald's is 110 miles away (and Von Worley visits it!). This specific McFarthest spot changed from Von Worley's initial post, wherein the spot was located in South Dakota, and a mere 107 miles away.

Check out Stephen Von Worley's full explanation for the data over at Data Pointed, and see the full visualization below, as well as a video of the McFarthest spot. 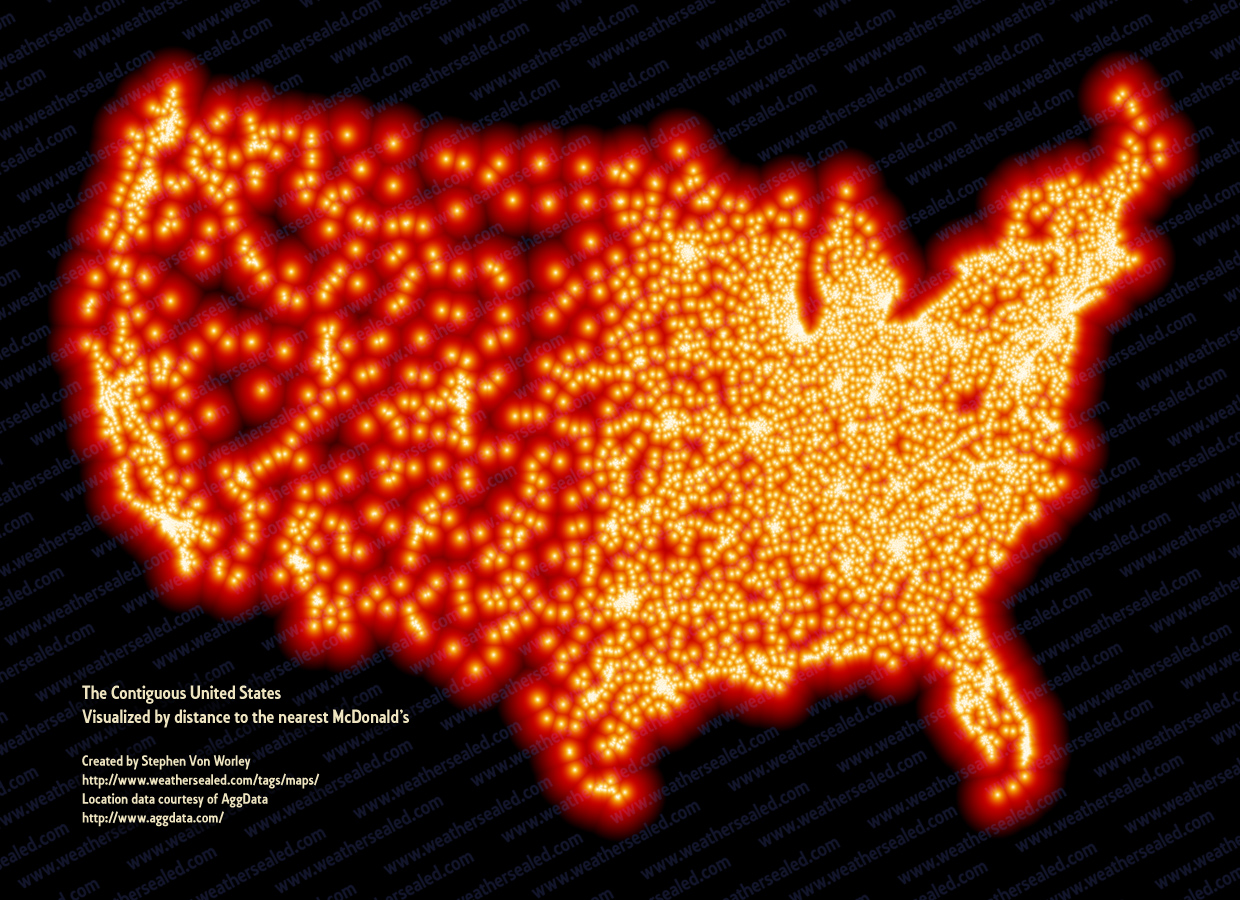