The blog Zero Geography has created a heatmap illustrating the total number of Wikipedia articles tagged to each nation that reveals surprising facts about the content, and oversight, of the online encyclopedia.

In building the map, the creator discovered that there are more articles about imaginary places, like "Middle Earth." than numerous countries in Africa, which on the whole are poorly represented on Wikipedia:

The designer also found that the United States had the most number of articles (about 90,000), and that Anguilla had the fewest geotagged entries (just four).

Here's the map showing the number of Wikipedia entries by country: 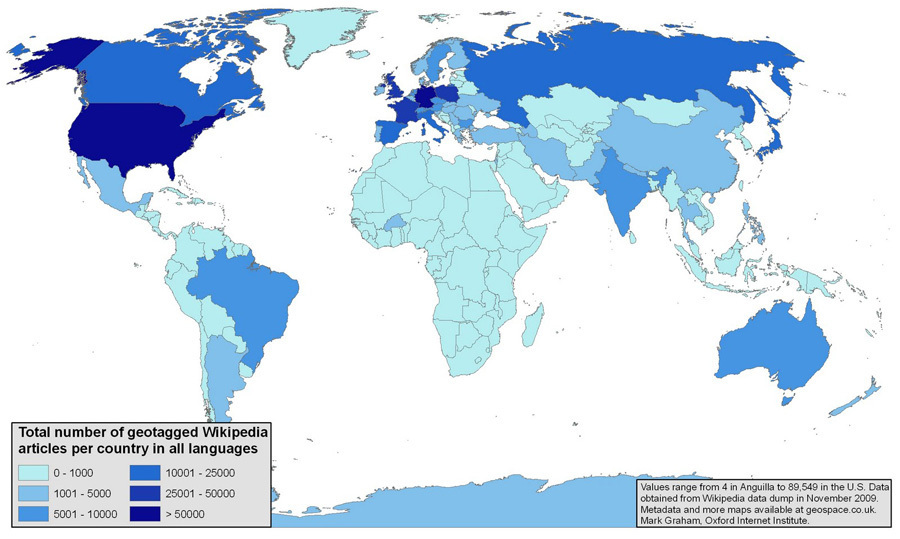 And here's a representation of the data -- the number of Wikipedia articles -- mapped against population. The creator's finding:

Here countries with small populations and large landmasses rise to the top of the rankings.Canada, Australia and Greenland all have extremely high levels of articles per every 100,000 people. 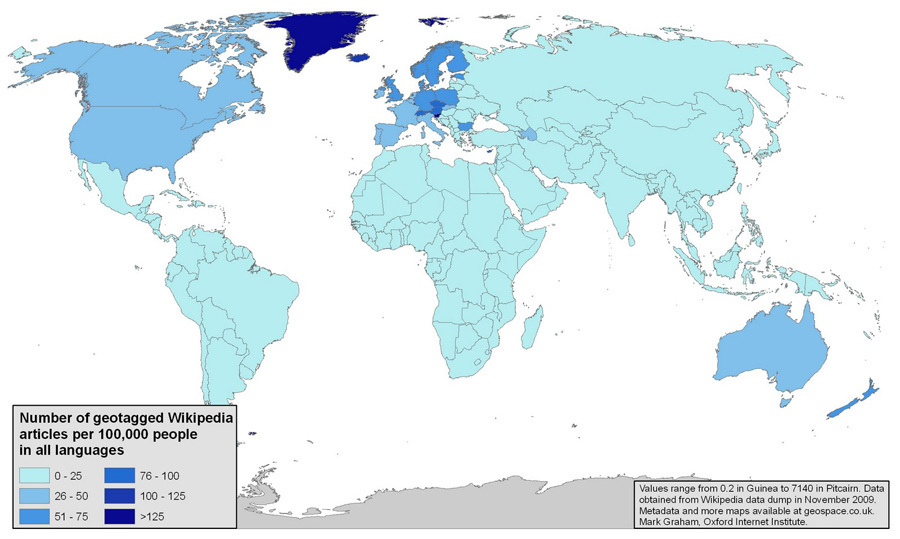 Read more about the Wikipedia maps, and how they were created, here.