Everything you know about where various taste receptors are on your tongue is probably wrong.

It turns out that the beloved tongue map many of us learned in school -- which shows bitter tastes are detected in the back of the tongue while sweet tastes are detected at the tip -- has no scientific basis. That's the word from Dr. Steven Munger, associate director of the Center for Smell and Taste at the University of Florida.

"The idea that certain areas of the tongue might be more sensitive to one taste quality or another is supported by many modern experiments, including ones that emerged from the sequencing of the human genome," Munger told The Huffington Post in an email. "However, how much that regionalization matters in our daily lives is harder to say."

The tongue map originated with a German researcher named D.P. Hänig. A study he wrote, published in 1901, showed that some areas on the tongue are more sensitive than others to certain tastes, but only slightly. Over the years, this finding was misrepresented and illustrated as an actual map.

"When somebody translated it almost 100 years later into English, they just mistranslated it," Dr. Nirupa Chaudhari, professor of physiology and biophysics at the University of Miami School of Medicine, told The Huffington Post in a telephone interview. "And where he said there isn't a map, it got translated into that there is a map."

In other words, as Munger said in the email, "It went from the original claim of relative responsiveness to one of absolute responsiveness. That is the basis of the tongue map that persists in so many textbooks today." 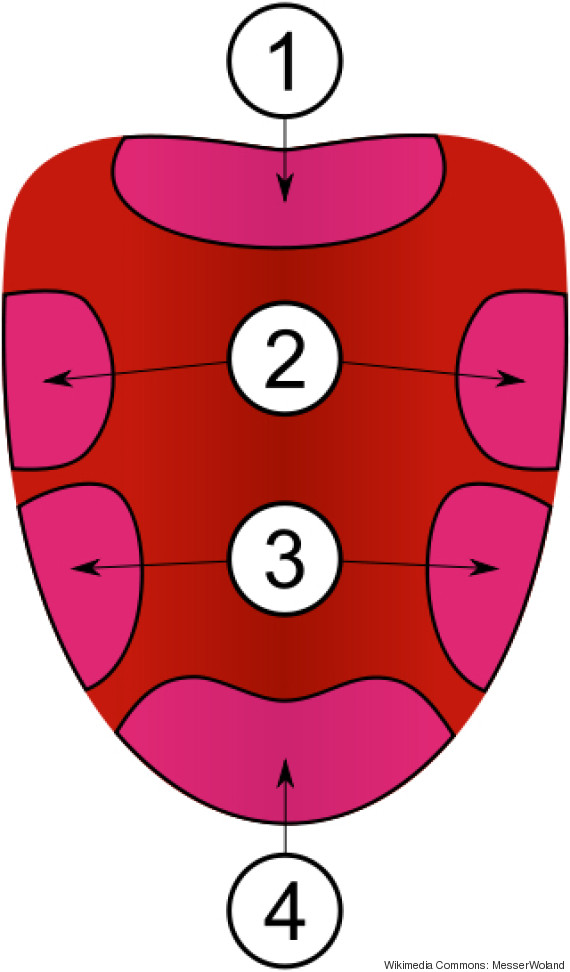 So then, what's the truth about the tongue? Just think of what would happen if you put a Q-tip in lemonade and then placed that Q-tip anywhere on your tongue, Chaudhari said. You should be able to taste the lemonade regardless of where you place the Q-tip.

"With that said, there certainly is greater sensitivity for some tastes in some areas and other tastes in other areas," Chaudhari told HuffPost. "Sweet taste is detected prominently on the front part of your tongue, but it's not just the tip. ... And you can taste bitter everywhere in your mouth but you can strongly taste it in the back of the tongue. But it's not like there are boundaries."