In the map below, every country shaded in red is involved in a territorial dispute of some kind. Yellow markers represent disputed territories. 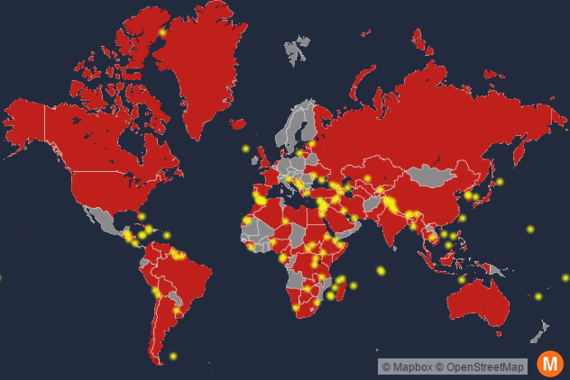 The term territorial dispute brings to mind global-scale conflicts in famously contentious regions such as Palestine, Crimea, and Kashmir. But in reality, most territorial disputes are far more mundane, many characterized more by their seeming insignificance than by their importance in world geopolitics.

For over 200 years, the U.K., Ireland, Denmark, and Iceland have waged a diplomatic battle for control of Rockall Island, a barren 8,000 square-foot rock in the middle of the North Atlantic, hundreds of miles from the nearest human settlement.

Similarly, Canada and Denmark (Greenland) remain engaged in a century-long conflict over Hans Island, an uninhabited slab of rock measuring half a square mile in size, located in the arctic waters of the Kennedy Channel, near the two countries' northern boundaries. 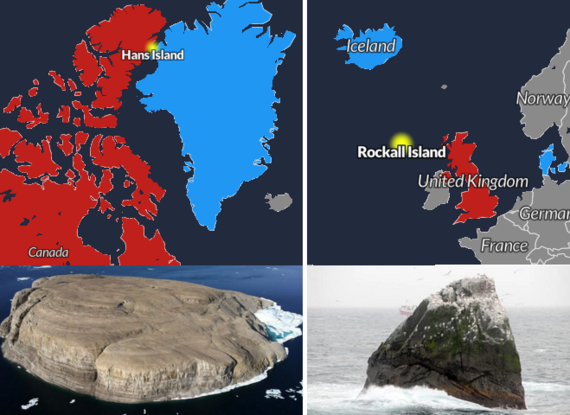 Nearly every major nation in the world is involved in a territorial dispute of some kind, though some more than others. At the top of the list is China (13 disputed territorial claims), followed by India (11), France (9), Russia (8) and the U.S. (7). 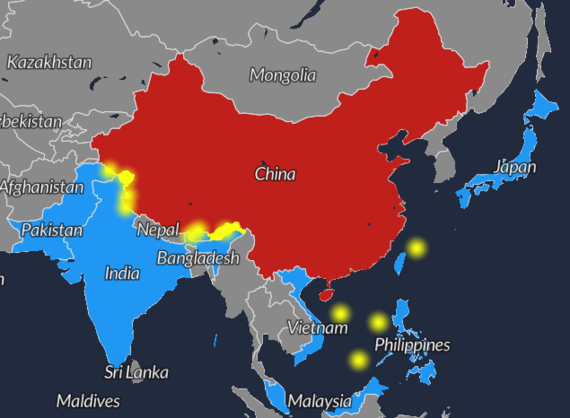 One area where territorial disputes are notably absent is Central Europe. Ironically, until the middle of last century, this region had for hundreds of years been the
most warlike in the world
.

These maps originally appeared on Metrocosm: