Everyone is talking Trump. The no-holds-barred billionaire businessman has riled up discontented conservatives and brought to light policy concerns that career politicians have learned to avoid. Whether or not this leads Donald Trump to the door of the White House remains to be seen, but the discussion he has generated on issues such as immigration and national security will continue through the election. Regardless, Trump will always have a White House to go home to.

In Palm Beach, Florida sits one of America's greatest estates. 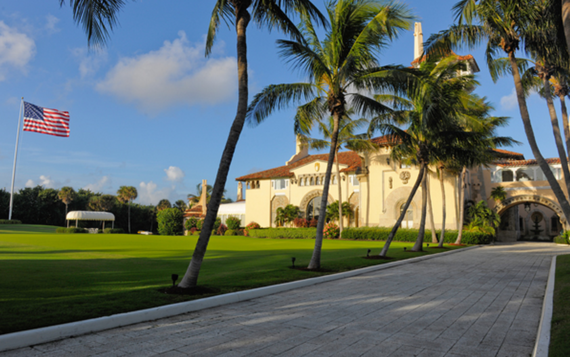 Marjorie Merriweather Post, heiress to the Post Toasties fortune and married to financier E.F. Hutton at the time she built her Palm Beach winter home, stipulated in her will that upon her death, the 110,000 square foot sea-to-lake property Mar-a-Lago be given to the U.S. government as a retreat for presidents. Now there are those in the political firmament wondering if The Social Queen of Palm Beach was as prescient as Nostradamus. Donald Trump, Billionaire Republican candidate for president already winters there.

With its grand entrances, high painted ceilings, golden fixtures and colorful inlaid stones, it was deemed to be a perfect -- although luxe -- setting by Mrs. Post for a sitting American president to entertain and confer with other Heads of State. Its large public spaces, conference-inviting dining rooms and endless private chambers are appropriate for negotiating diplomatic deals. Trump, who penned the Art of the Deal and stands by his book's premise, argues on ubiquitous phone-ins to the political shows that most of the last decades' political and foreign deals with other nations were anything but artful. "Stupid," is the adjective he most often uses to describe recent treaties and agreements. Perhaps we can imagine future Mar-a-Lago Accords. Or Palm Beach Treaties. The photos of these gatherings of global leaders, tall and short, standing on the lawn sloping to Lake Worth with its colorfully lit fountain or the swimming pool by the sea would be memorable. Donald has never been embarrassed by being rich. 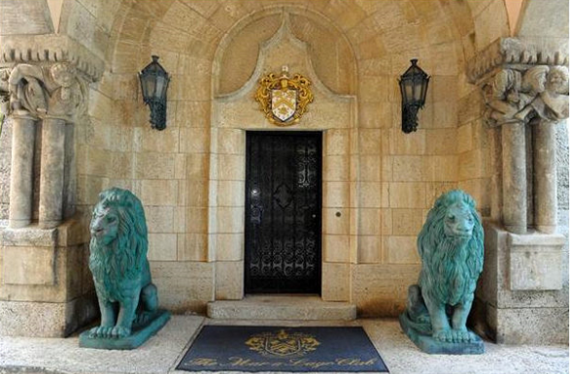 The U.S. government eventually returned the property to the Post estate, unable to afford and manage its costly upkeep. The 17-acre estate with its Spanish-Moorish architecture and an imported organ that had happily served as host to Mrs. Post's famous Barn dances and black tie diplomatic dinners, the upkeep of the house and grounds, it was reasoned, was all too much for any single owner. Until Donald Trump made an offer. He changed the deal to include the mansion's original furnishings, china, glassware, rugs and everything else in his 1985 artful deal. At the time, Donald predicted that he would make the deal profitable by turning Mar-a-Lago into a club. Palm Beach wasn't too worried about this event, which they knew couldn't possibly occur, as the land was only zoned for a single family residence. In 1927 Mar-a-Lago opened its heavy front doors as one of this country's most opulent private estates. In 1995 it opened those same doors as the Mar-a-Lago Club.

"On Oct. 3, 2006, Trump raised a 20 by 30 foot American flag on an 80 foot flagpole at the Mar-a-Lago Club." He wanted an American flag flying high and big on his club's lawn. Those who know Donald are aware of his fierce patriotism. When town zoning officials asked Trump to adhere to town zoning codes that restricted flagpoles to a height of 42 feet, Trump made it known that he liked his flag exactly as it was. The dispute led the town council, a formidable body often composed of retired millionaire businessmen and elder leaders of every ilk who "retired" to Palm Beach (and historically weren't of the temperament to back down from a fight) to order Trump to comply. The very angry town council charged Trump $1,250 for every day his flag flew. Trump counter sued for $25 million against the town, citing his right to fly the American flag on his own property. The flagpole incident shut down as the six month standoff ended. Both parties agreed to lowering the banner 10 feet and moving the pole away from the ocean. All fines were dropped, and Trump donated $100,000 to his favorite causes benefiting Iraqi War Veterans and Veterans Hospitals. 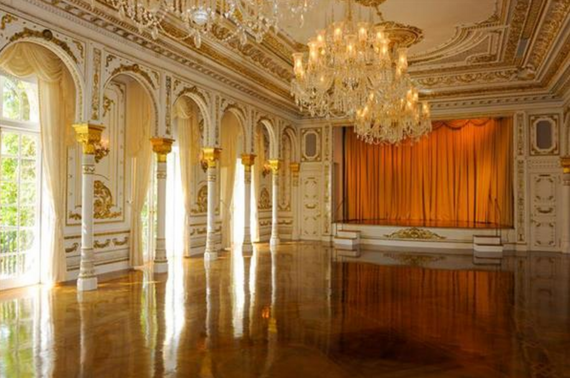 The acquisition of Mar-a-Lago, its conversion to a private club with magnificent outlying golf courses and exquisite cuisine to a luxury business, as well as ensuing lawsuits re zoning, all ended well for Donald. As he stumps for the presidential nomination, he reveals his fiercely competitive and aggressively winning approach that he mounts for every task. But he also reveals how smart he is. And how often he wins.

In 2015, Trump initiated a $100 million lawsuit against Palm Beach County, claiming that officials pressured the FAA to direct air traffic over Mar-a-Lago, causing the loud noise to "damage the construction and disrupt its ambience," a noisy nuisance for Mar-a-Lago members and Trump's guests. Although this air-noise lawsuit has been going on in different form for years, it is not entirely unlikely that about the time a new president moves into the White House, air traffic on a descent to nearby Palm Beach airport and taking off from Palm Beach will be flying around Mar-a-Lago rather than directly overhead. It is not entirely unlikely that there might be a president on the premises. Or at the very least a visiting Head of State ... but then there often is.