It's a daily part of our lives. We feel it with our bodies, minds, and hearts. It can come in all directions, at any time. Yet how we respond to pain makes all the difference in our lives. 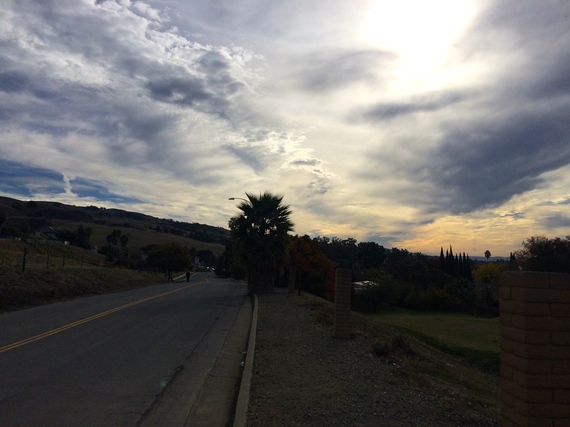 I recently trained for a marathon, with no prior long distance running experience. Previous to training for a marathon, the furthest distance I had ever run as an adult was about five miles, and my runs were few and far between. Clearly I had a lot of training to do to be ready for my marathon run.

After about four months and over 400 miles of running, I felt I was finally ready to run an actual marathon (in training). So I made it my goal on a mild autumn day in November to do just that.

About twelve miles into my practice marathon run, I made my way back to my house to quickly pick up some much needed nourishment and water. My wife was home to pass a cheese stick to me, as if I were grabbing a baton in a track-and-field race. I also able picked up another bottle of water as well as some energy cubes to munch on while I continued my run. Hydrated, nourished, and re-energized, I got the extra boost I needed halfway through my run.

At the 18-mile mark, I made my way back to my house again to get more energy cubes and to pick up another bottle of water. With about 8 miles to go, I thought I could ration this water to make it to the end of my marathon run. But the sun was getting higher and the day was getting warmer, and I was getting thirstier.

Eventually 20 miles were completed, then 21 miles, then 22 miles, then 23 miles. Each mile marker felt like it was stretched longer than it actually was. My legs were beginning to hurt, the sides of my knees were in pain, my feet were aching, and my arms felt like giant logs swinging on my shoulders. I had felt this pain before in my previous long runs, but never quite to the extent that I was feeling it then.

At about 23 miles, I began to breathe heavier, my running pace slowed, and my mind started to go blank. And at 23.75 miles, I had drank my last sip of water from my plastic bottle. I was now water-less for the last 2.5 miles -- perhaps the most difficult leg of the run -- without a public drinking fountain in sight. By not having any water for the end of the run, I practically had written myself a death sentence. What was painful when I had water would now be exponentially painful for the time that I did not have any water. 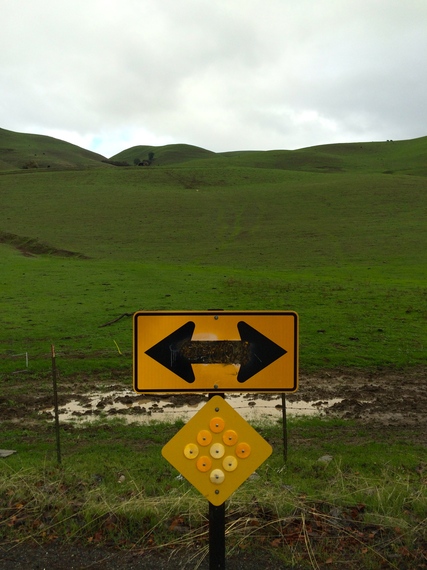 At this point, I was also beginning to feel extremely cold, which was odd since I was wearing a long sleeve shirt with running pants. It was also past noon and the sun was high and bright, but I felt as if I were at the summit of Mt. Fuji in the early morning, waiting for the morning sunrise above the clouds, but without a jacket and mittens to keep me warm. I was shivering in 70 degree weather.

Not only was I cold, but I felt a deep pit in my stomach. It was an emptiness like I have never experienced before. I had burned approximately 4,000 calories (two pounds) while running and I had nothing left to burn. My body felt like a car empty on fuel, moving only on fumes and momentum. I was starving, and I still had about 2.5 miles to go.

Without food and water, I started daydreaming about what was waiting for me at the end of my run. I dreamed of gulping down large amounts of water, drinking refreshingly cold Gatorade, and eating the lunch that my wife had prepared for me. I was thirsty, starving, cold, sore, and tired, but I was determined to keep moving forward. I knew my pain would only be temporary as long as I could push through it. Plus, there was no way I was going to run 24 miles and not complete the last two miles of a marathon run.

Pain is mandatory. Suffering is optional.

And so the last 2 miles were a grind of putting one foot in front of the other, using anything to distract me from my harsh reality. I'd look at my mileage counter on my running app, I'd change my music, I'd look at the trees and the fallen leaves, and I'd keep telling myself: Try to enjoy this. Eventually 24 miles became 25 miles, then 26 miles, and as I was rounding the park towards my house for the last 0.2 miles, I knew I would finally make it. I had completed a marathon-in-training -- without stopping or walking -- for a total time of 4 hours and 15 minutes with a pace of 9 minutes and 44 seconds per mile.

Immediately upon returning home, I gulped down four cups of water, followed by two bottles of Gatorade, all within a few minutes. Thirst assuaged, I proceeded to devour two bananas, a stick of cheese, and a few bites of a chocolate cookie. With each bite, I slowly felt my body being restored and my mind coming back to life. For the last few miles of my run, I had been in a daze, completely depleted of every resource of my body.

Then pain set in. Everywhere hurt. My knees were screaming in pain. My back was aching. All I could do was lie down and try to stretch. After about 10 minutes of just lying down, I showered and ate my lunch -- white rice and chicken drumsticks. With every bite, I felt my body being restored and energized with the fuel that I pumped in with the help of my fork. I savored every grain of rice as it touched my tongue and went down to my stomach. My simple post-marathon meal was one of the best meals I have ever eaten in my life. 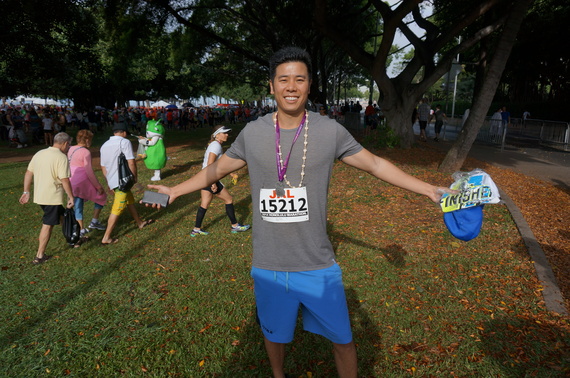 In hindsight, my marathon run was a choice. I chose to run. I chose to endure the pain. But I never expected pain of that magnitude in the form of extreme thirst and hunger. Fortunately, I had the promise of having all of my needs met once I returned home.

Some people are not so lucky to have all of their most basic needs met. They're stuck, desperate for work, poor, homeless, and don't know where their next meal will come from. They go through the pain of hunger and thirst every day. They live on the streets picking up pieces of food that people may toss aside in garbage cans. And they wear heavy clothes as if it were wintertime, even though the weather is a balmy eighty degrees outside. Why? Because their daily caloric-intake isn't enough to sustain a normal body temperature.

When you help someone in need -- especially a stranger -- you instill hope in them. You give them the capacity to be grateful and motivated to work towards a better life. You give them life, literally, by giving them food and water to sustain themselves. And by giving life, you make your life better.

No one deserves the daily suffering of scavenging and living on the streets in our modern era. The solution starts with empathy, which will move you to do something, however small or big it may be. And from your actions, you will model the way for others around you, who will eventually also do something.

Where there is life, there is hope. Do something for someone else to ignite that fire of hope.

Cliff Hsia successfully completed his first official marathon run in Honolulu, Hawaii on December 14, 2014. He dedicated his run for the River of Life Mission, an organization that provides food, clothing, and support for the hungry, poor, and homeless people of downtown Honolulu. 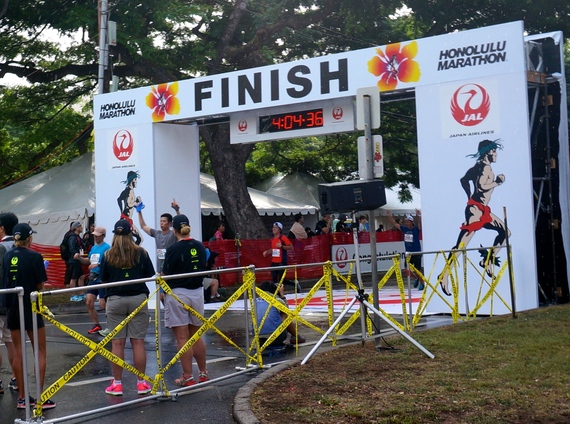