When we think of Marc Chagall we think of folksy figures soaring above old world villages, surrounded by ghostly fiddles, overflowing bouquets and talking animals. Though sometimes knocked by the art world for being too sentimental or capricious, Chagall became iconic for his mastery of color, myth and spiritual tradition.

But a political painter? Let alone a pessimistic one? This is a side of Chagall most have never seen. An upcoming exhibition at The Jewish Museum will explore the rare paintings of Chagall's darker period, made during his time of exile around World War II. 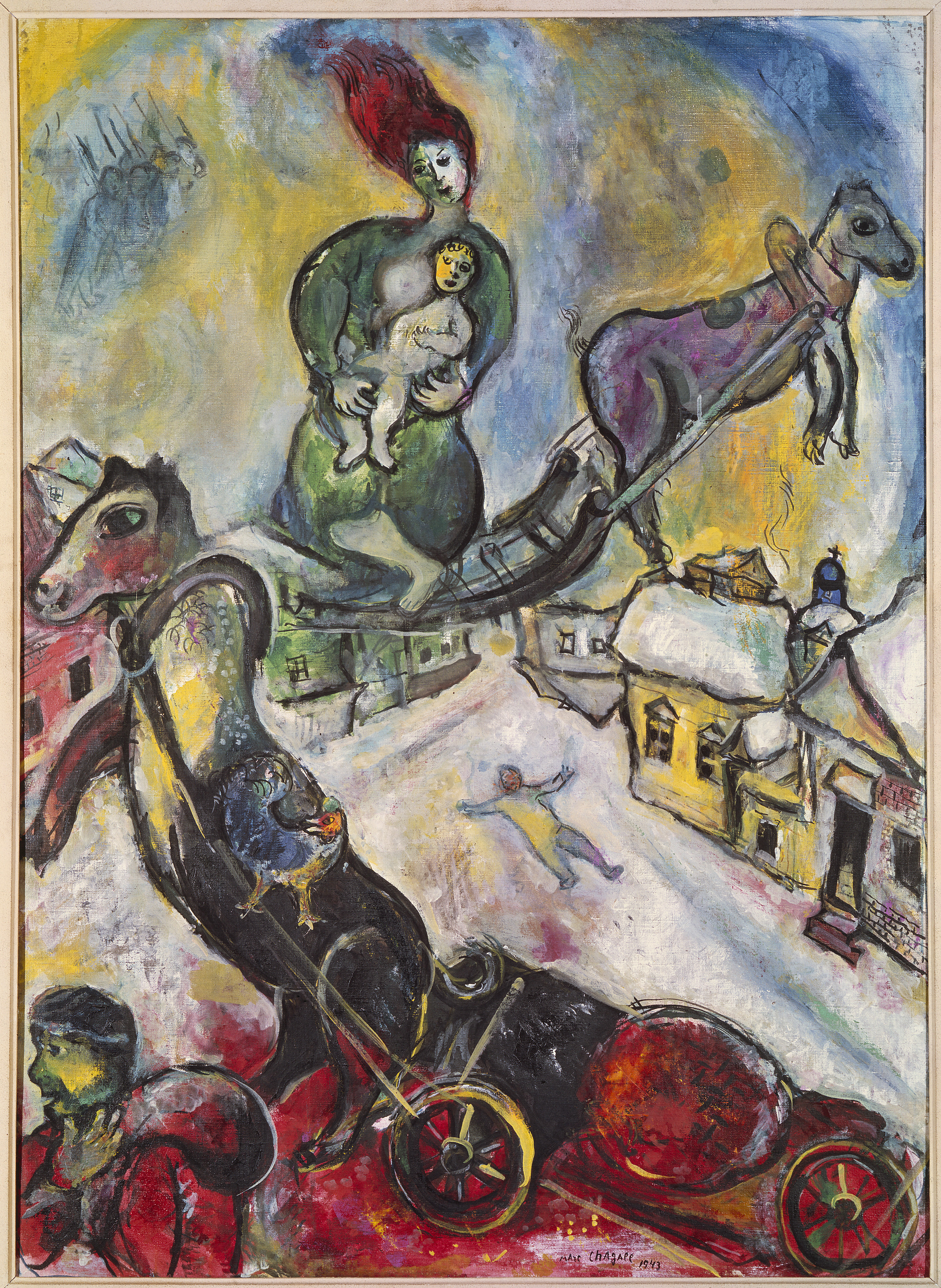 Chagall made a name for himself by blending techniques of Fauvism, Cubism, Surrealism and Russian Christian artistic tradition into his colorful canvases, which seem to float above the leading genres of his time. Chagall painted scenes grabbed straight from provincial life in Russian villages, incorporating the songs in the air, the prayers on the lips of the villagers and the memories of years past.

Following the Soviet revolution, Chagall fled to Paris with his wife Bella and daughter Ida. During this time, Chagall's work reflects the trends bourgeoning in Parisian art as well as an underlying sense of unrest as a result of his uprooting. Grays, blues, blacks and the occasional violent streak of red pervade Chagall's normally ebullient palette, casting a dark shadow over Parisian life.

Yet even his politically-minded pieces were imbued with fantasy, vis à vis a wiggling grandfather clock or a rooster in formalwear. It was, after all, Chagall who said: "Without a mystical element is there a single great picture, a single great poem or -- even -- a single great social movement?"

In 1941, as the Nazis became a greater threat, Chagall moved to New York City with his family, driving him further away from the village existence he knew and loved. Religious imagery, mainly Jesus' crucifixion, reappeared constantly throughout Chagall's paintings, perhaps communicating his suffering. In 1944 Chagall's wife suddenly passed away, driving his artistic vision into even darker and more confused territory. After quickly remarrying, Chagall remained in a hazy state somewhere between the disjointed memories of his old and new lives. 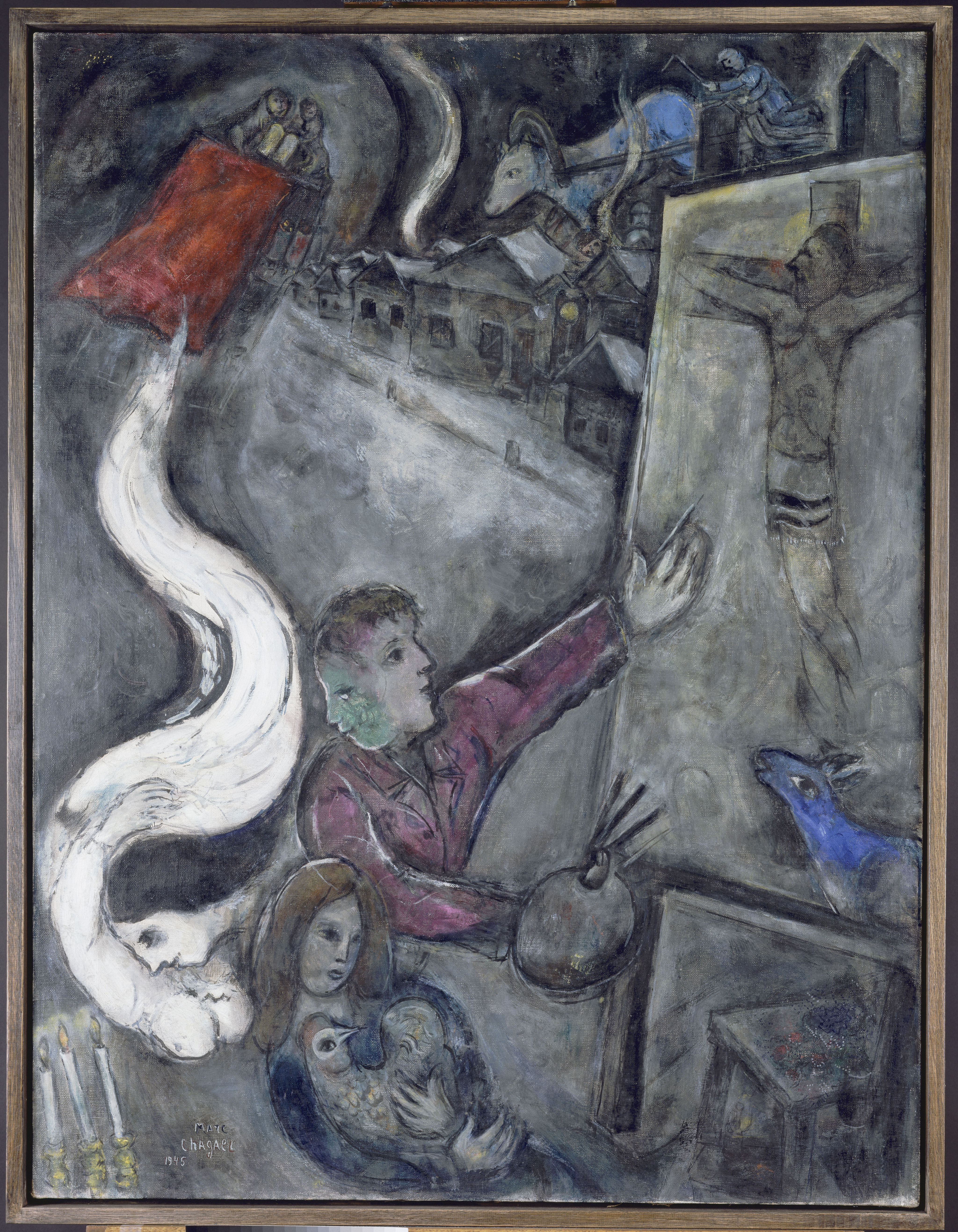 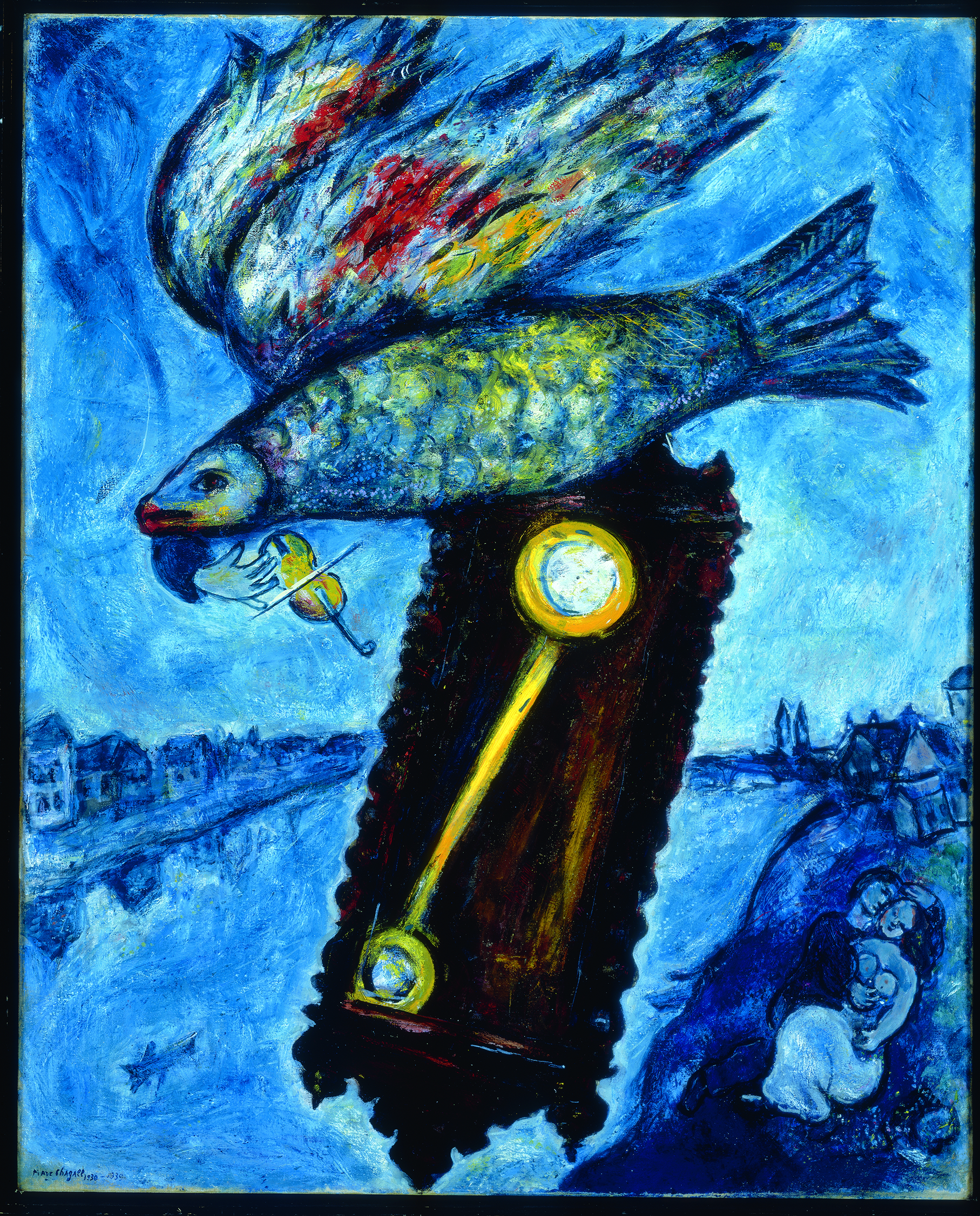 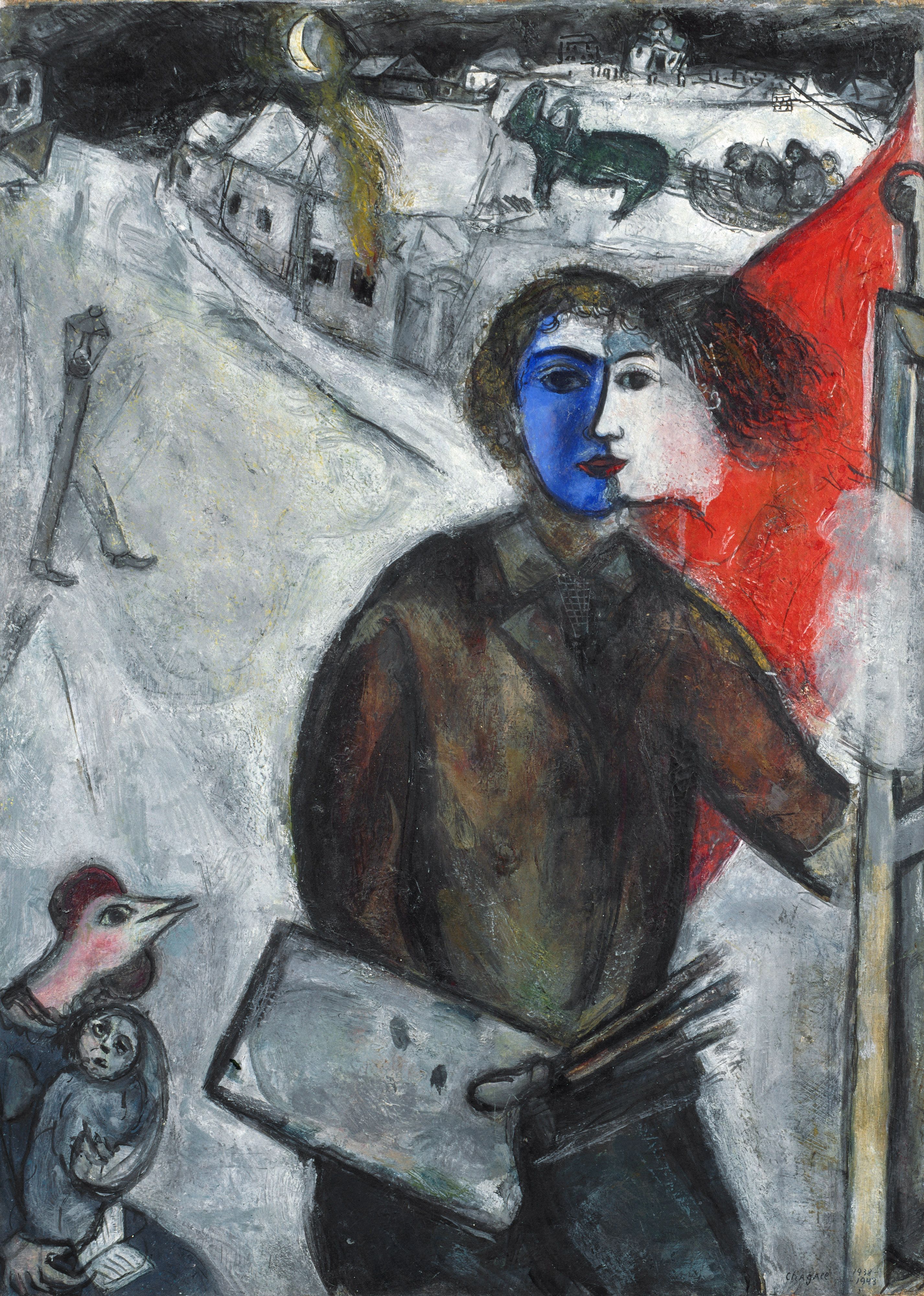 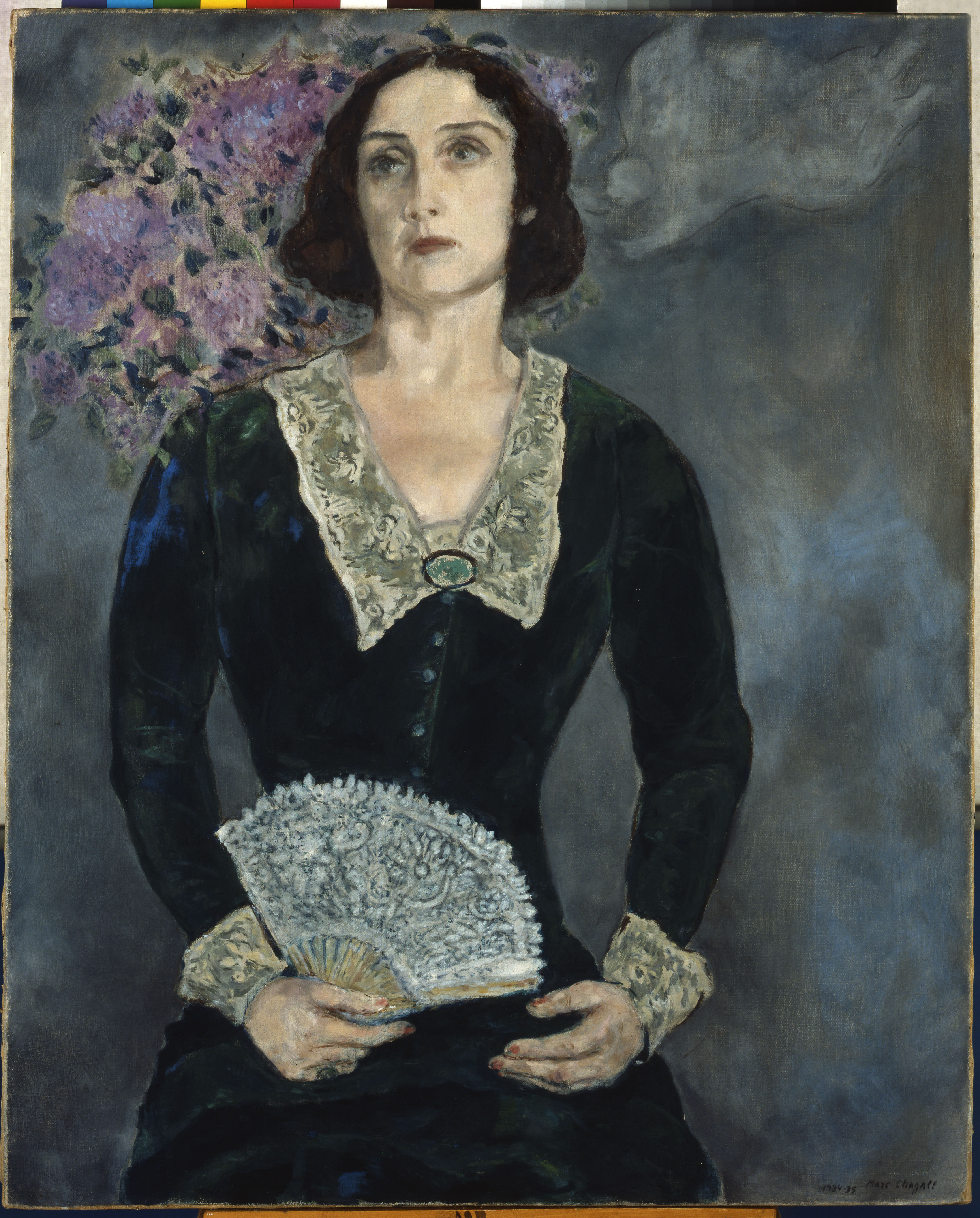 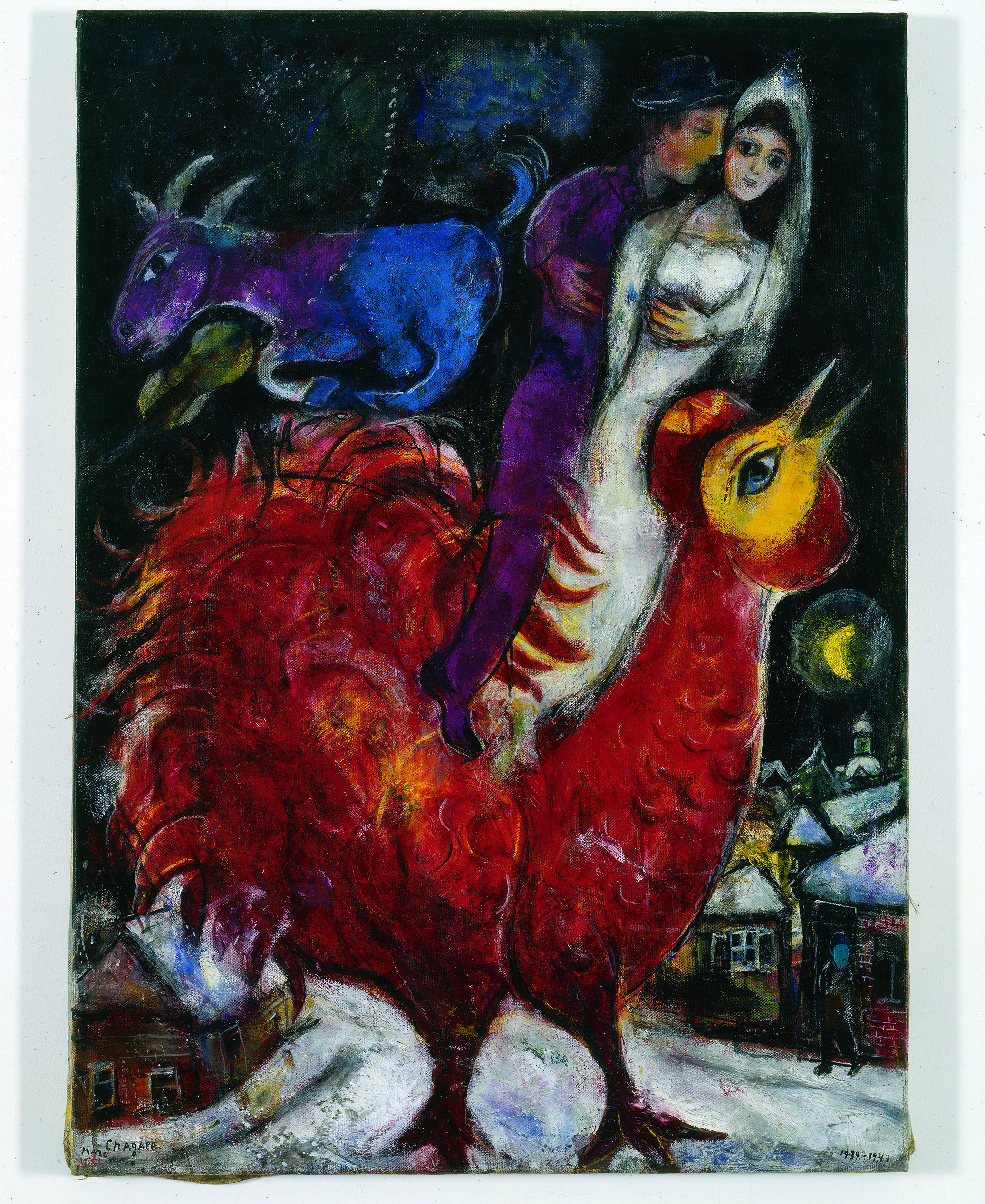 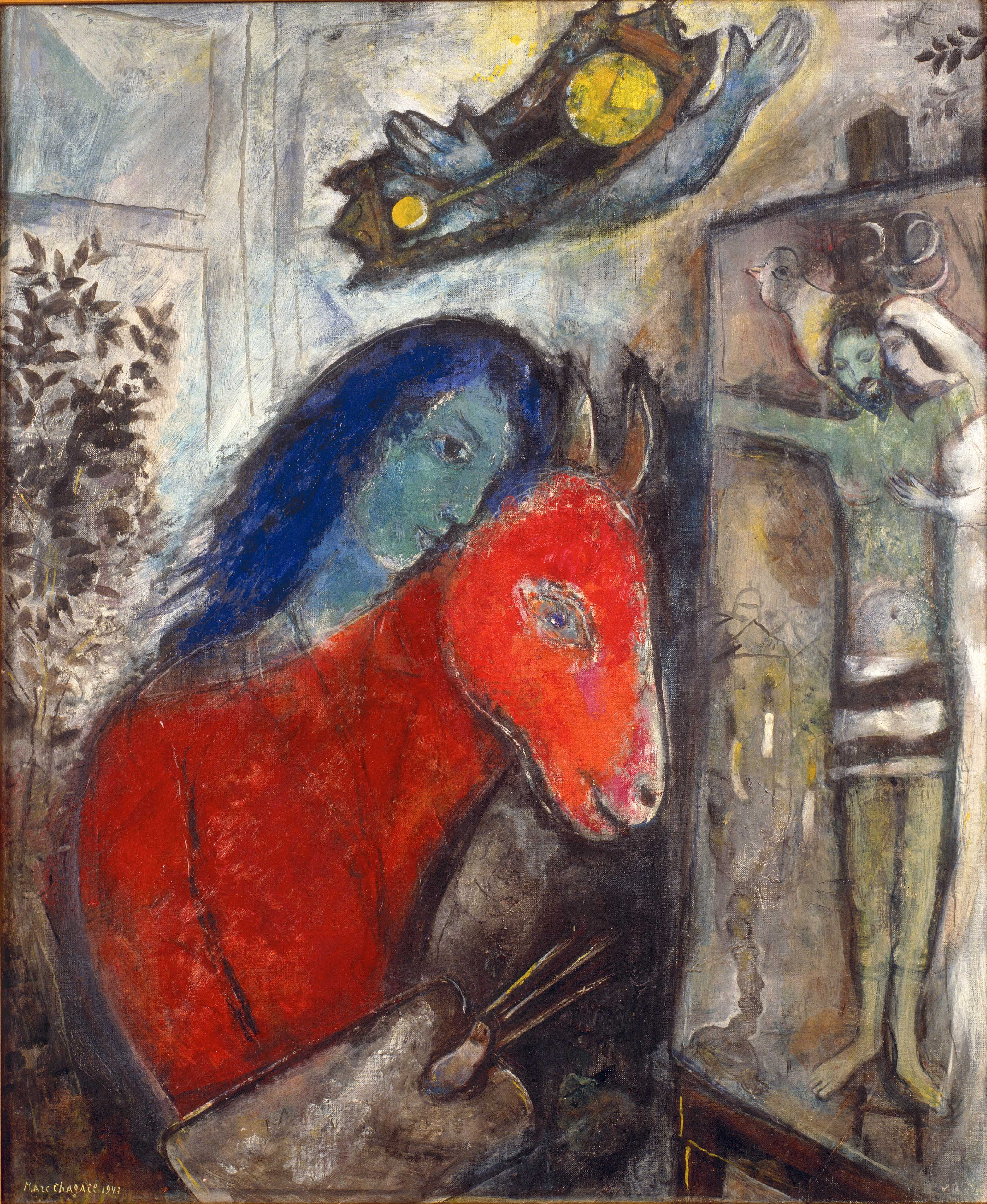