Two Belgian brothers who were born deaf and were slowly going blind chose to end their lives the way they began them: together. The dual deaths of the identical twins last month marked the first reported double euthanasia of twins worldwide.

Marc and Eddy Verbessem, 45, were inseparable during their lives, the Belgian newspaper Het Laatste Nieuws reports. Suffering from an incurable illness, the pair shared a room in their parental home before studying shoe repair and moving in together in a small apartment.

But when Marc and Eddy learned they were slowly going blind in addition to already being deaf, the twins feared losing all possible means of communicating with one another. "The thought of only being able to feel each other was unbearable," Het Laatste Nieuws writes, according to a HuffPost translation.

"Physically, their conditions were strongly deteriorating," Dr. David Dufour, who treated the brothers, explained to VTM. When the brothers learned their bid for euthanasia was accepted, "a weight fell off their shoulders," Dufour added. "They were happy and relieved that a date was set to end their suffering."

Belgium is one of only three countries that allow euthanasia for non-terminally ill patients, the others being Switzerland and the Netherlands.

Belgian law permits euthanasia when a patient declares the assisted suicide to be his or her own wish and doctors agree the patient is in unbearable physical or psychological pain.

The brothers Verbessem's application for assisted suicide was controversial, however, and the first hospital they approached declined their bid. "There is a law, but that is clearly open to various interpretations. If any blind or deaf are allowed to euthanize, we are far from home. I do not think this was what the legislation meant by 'unbearable suffering'," doctors at the first hospital said, according to The Telegraph.

Dirk Verbassem, the brothers' older sibling, told the Telegraph that Marc and Eddy's life had become insufferable. "Many will wonder why my brothers have opted for euthanasia because there are plenty of deaf and blind that have a 'normal' life," he said. "But my brothers trudged from one disease to another. They were really worn out."

De Volkskrant writes that Marc and Eddy were happy and calm on the day of their deaths. They were cremated and buried together in identical urns.

Assisted suicide remains a controversial topic worldwide, even in the case of terminally-ill patients. Last week, an Irish court denied a woman who was terminally-ill with multiple sclerosis the right to end her life.

"It would be impossible to ensure the aged, disabled, poor, unwanted, rejected, etc. would not avail of this option to avoid a sense being a burden on their families and society," Judge Nicholas Kearns told the Court, according to Reuters.

In the UK, 58-year-old Tony Nicklinson died in August 2012, one week after a court denied him the right to assisted suicide. Nicklinson suffered from locked-in syndrome and was paralyzed since 2005. The BBC reported he died from a pneumonia after refusing food. 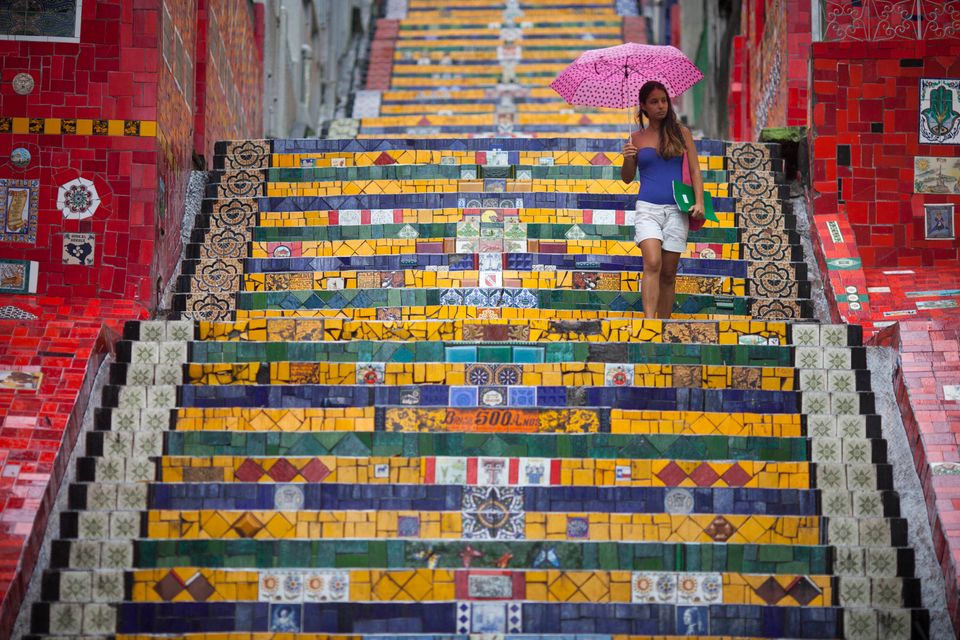 1 / 10
Rainbow Steps, Brazil
A woman descends a stairway that was decorated by Chilean artist Jorge Selaron, which he titled the "Selaron Stairway" in Rio de Janeiro, Brazil, Thursday, Jan. 10, 2013. Selaron, an eccentric Chilean artist and longtime Rio resident who created a massive, colorful tile stairway in the bohemian Lapa district that's popular with tourists, was found dead on the stairway on Thursday. He was 54. Authorities are investigating the cause of death. (AP Photo/Felipe Dana)
AP