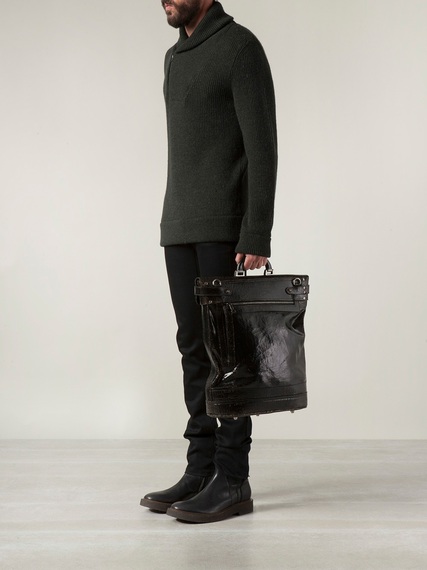 I was first introduced to work of Marc Marmel by Gay L. Harwin, who is, in addition to being one of the most influential attorneys in Los Angeles, one of the chicest women I know. Over lunch one day, I took a particular liking to her luxuriously worn Herman bag and asked about its provenance which led to the revelation that the bag had been designed by Marc Marmel, a name that up until that point I had no familiarity with whatsoever. Subsequent to that conversation, Mme Harwin introduced me to the designer himself and a new love affair was born.

Sitting in Marmel's unassuming showroom in Los Angeles on my first visit after that fortuitous introduction, I had the opportunity to view the designer's collection in full, an experience which in conjunction with Marmel's detailed description of the loving care that goes into the production of each bag, only cemented my passion for all things Marc Marmel.

Fittingly, the inspiration for the former CAA agent turned designer's first collection was born on a trip to the French Riviera where Marmel realized that there was a niche for a line of luggage that hearkened back to the golden era of travel, where style extended beyond the mere head to toe but also to the bags with which one traveled. From that flash of inspiration, Marmel created a line of six signature bags, each featuring the cracked Italian calfskin leather and vibrant patterned, hand-designed silk brocade linings that would become his hallmark. Bergdorf Goodman, Harrod's and Maxfield's, among others, signed on to carry the line, celebrities including Aerosmith's Steven Tyler, Charlize Theron, Cameron Diazand David Beckham snapped up the collection and Marmel was named Accessories Designer of the Year by Fashion Group International, proving that his initial instincts about there being a certain longing for the style of a bygone era could not have been more on point.

I caught up with Marmel post his showing in Paris earlier this year to find out what new treats he had in store for his collection which has grown substantially since its inception and discovered that there is more than a little for stylish travelers to get excited about. First up, there's the new black 'Moneybag', a substantial day-bag carryall that was inspired by an actual Wells Fargo Bank money bag and designed with the modern man in mind. It's the ideal thing for an overnight trip.

"I like the idea of turning at utilitarian bag into something more elegant."Marmel explained of his creation at my request. "[The Moneybag is very functional... [and]... it goes with my style of vintage inspired pieces." Ditto for the newish Dopp Kit bag, a classic take on a men's valet bag, which boasts a thoroughly modern zip out plastic bottom and a classic design borrowed from a favorite piece that belonged to Marmel's grandfather, which was subsequently lost and reborn in the current collection almost out of sheer necessity.

For the ladies, there's a new Cigar Duffle and a mini-version of the popular Jaxx bag, both of which are perfectly elegant travel accoutrements. Meanwhile for the home, Marmel has designed picture frames and photo albums reminiscent of old Englsh manors and libraries, rightly pointing out that "the look [of his collection] lends itself to anything home-related."

In addition to new pieces, some old favorites like the Rolling Bag have been reimagined and improved, while more exciting designs are on the horizon. Next up is backpack inspired by the rucksacks carried by French children en route to boarding school and a new piece Marmel casually describes as "a really cool simple soft shoulder bag with a flap for women." That said, though the shape is basic, Marmel says "the dimensions [of the new bag] are perfect. It kind of resembles a pocket. No hardware." 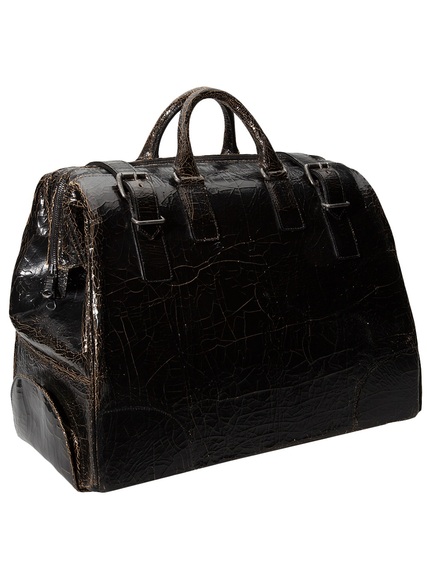 A wine caddy with enough capacity for several bottles of wine and a
"Deux Pad" which will accommodate both an iPad and a traditional note pad that Marmel promises will bring the "old and new worlds together" are also in the works.

No, you may not have heard the name Marc Marmel before now but from this point forward, I feel relatively confident that you will be glad that you have.

Marc Marmel is available at www.farfetch.com. Find out more about Marc Marmel at www.MarcMarmel.com.