In the latest installment of art to haunt your dreams, we bring you Marc Quinn's self portraits made of frozen blood. For his ongoing self-portait project simply titled "Self," Quinn uses his own blood to create a frozen bust every five years. The works' appearance changes over time as Quinn ages, making for an interesting study in decay.

Quinn is perhaps not surprisingly a member of the controversial team of Young British Artists, alongside taxidermist par excellence Damien Hirst. According to Quinn's artist statement, he gravitates toward unconventional materials that address his "preoccupation with the mutability of the body and the dualisms that define human life." One of his blood busts was even purchased by mega-collector Charles Saatchi and another hangs in London's National Portrait Gallery. Although your first reaction to the concept might involve re-tasting your breakfast, deeper contemplation brings the complexities of the piece to light. What happens when a self portrait is not just of the artist but made of the artist? We asked Quinn some questions about his truly unorthodox endeavor. 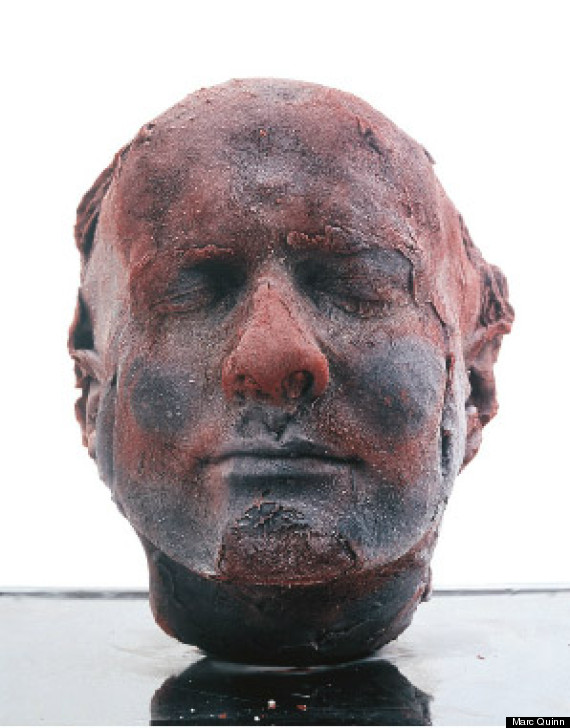 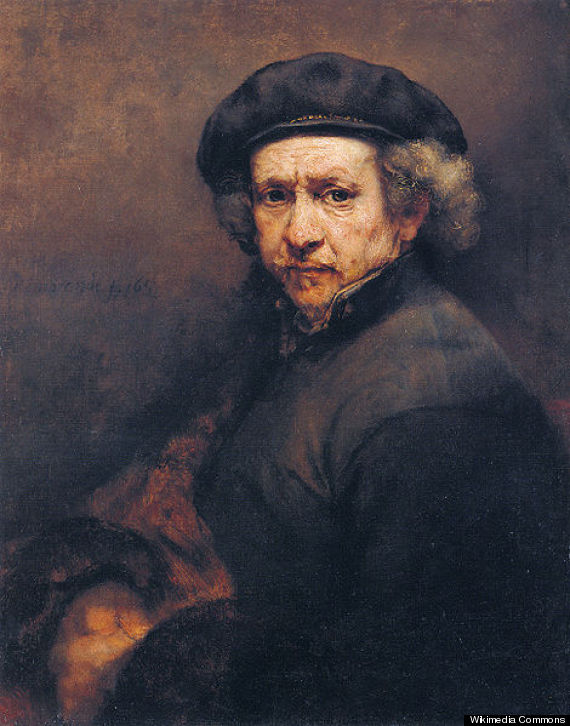 HP: 'The Independent' reported 'Self' was inspired by Rembrandt's self-portraits. How so?

MQ: Doing one every five years, they become a sort of record of a life, in a sense that the real work to me is the totality of all the sculptures which exist in my lifetime. Which is how i think of Rembrandt's self portraits -- that each one is a part of a larger work which is the series.

HP: Many of your works, from working with blood to DNA, are science experiments as much as artworks. What scientific training, if any, do you have?

MQ: I did science at school, but mainly my scientific knowledge comes from speaking to my father who is a physicist. He ran the BIPM (Bureau International des Poids et Mesures) in Paris which is the organization which looks after the kilogram, the metre and the second. He is a now a fellow of the Royal Society and has just written a book called "Artifacts to Atoms" about the history of measurement, so i guess there was a very scientific atmosphere at home, or at least it led me not to differentiate between different forms of creativity, whether they be artistic or scientific.

HP: How much blood is used for each portrait and how exactly do you go about the extraction process? Do you feel physical effects from the blood loss?

MQ: By some freak coincidence, the volume of my head is the volume of the circulation system of my body, about nine pints. In the years I'm making a blood head I go and visit my doctor every six weeks and he takes a pint out in the same way as if i was giving blood. I do feel a bit tired the day after but one of the great things about the sculptures to me is that they are about the amazing regenerative power of the human body, in that I exist, and five of these sculptures exist so there are about 60 pints of my blood in the world and I'm still alive.

HP: Art in has the ability to immortalize its subject. How is this metaphorical immortality amplified by your artwork being not just a representation of you, but a literal part of you?

MQ: In a funny way I think "Self," the frozen head series, is about the impossibility of immortality. This is an artwork on life support. If you unplug it, it turns to a pool of blood. It can only exist in a culture where looking after art is a priority. It's unlikely to survive revolutions, wars and social upheaval, I also think that the total self portrait-ness of using my blood and my body has an ironic factor as well, in that even though the sculpture is my form and made from the material from my body, to me if just emphasises the difference between a truly living person and the materials which make that person up. The sort of literalist point that has been missed by the cryogenicists who freeze themselves for supposed future regeneration.

HP: You have spoken about making your last portrait after your death. How will this happen logistically?

MQ: I still haven't decided whether it's a good idea or not because to me, this sculpture series is about the living and not the dead.

What do you think readers, brilliant or traumatizing? Let us know your thoughts.