Realistic sculpture is nothing new. Michelangelo, Verrocchio, Alexandros of Antioch -- all these early masters knew how to transform a hunk of stone into a veritable human form, armed with a realistic musculature and recognizable stance. Yet get up close to one of these sculpted masterpieces and its inanimate state is glaringly obvious.

But a hyperreal sculpture? This contemporary brand of artwork is harder to identify, perhaps because it looks so much like a living, breathing being (or something far stranger.) Few excel at the field quite like Milwaukee-based artist Marc Sijan, whose freakishly realistic portrayals of everyday humans look so normal it's actually quite haunting. 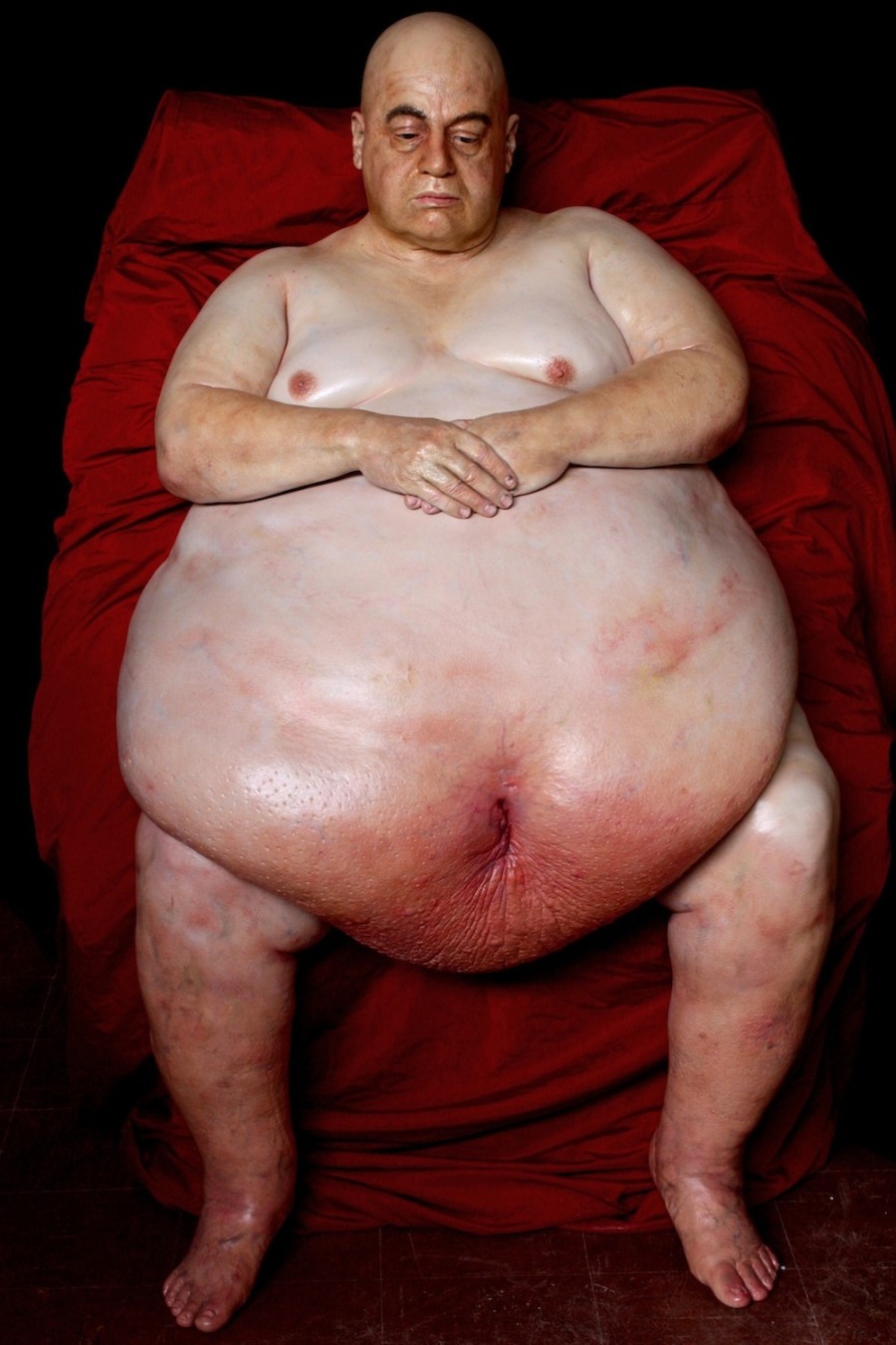 Sijan adorns his figurative sculptures, which he dubs "homages to humanity," with a combination of resin and oil paint. His subjects vary in age, gender and stature. The most striking works depict bodies that, in age or weight, stray from the norms of perfection often depicted in not only pop culture but mainstream art. Sijan's unconventional subjects let skin revel in all its many peculiarities. In the places where veins pop and bulge, where wrinkly skin becomes almost translucent, where pimples fester below the flesh. Sijan renders these aesthetic imperfections -- the very things which make us human -- with a wild accuracy, effectively bringing his sculptures to the brink of life.

Not surprisingly, Sijan has a history of confusing some of his viewers with his highly lifelike depictions. His website references an incident involving a (sculptural) security guard at The Bucks Training Center, cheekily named Art. "Former NBA superstar Michael Jordan came into the lobby one day and reportedly became quite angry when he felt ‘Art” was ignoring him and refusing to answer his questions; so much so that he made a point of complaining about him to the Bucks ofﬁcials."

See Sijan's incredibly convincing works below and let us know your thoughts in the comments.