Lately, around this time of year, I often get letters from people wondering why spring begins early this year. Many folks assume the first day of spring in the Northern Hemisphere — also known as the vernal equinox — has always come on March 21. But this year seems to be an exception, for in 2013 the first day of spring comes on Wednesday, March 20 at 11:02 UT, or 7:02 a.m. EDT/4:02 a.m. PDT.

Now this doesn't seem right. When many of us were growing up, the first day of spring was always on March 21, not March 20, right? Now, all of a sudden, spring comes on March 20. How did that happen?

While it's true that we've tended to celebrate the beginning of spring on March 21 in recent years, astronomers and calendar manufacturers alike say that this year, the spring season starts one day earlier, March 20, in all time zones in North America.

Unheard of, you might think. But not if you look at the statistics. 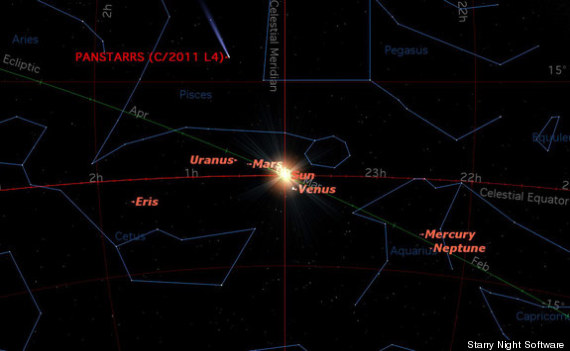 In fact, did you know that during the 20th century, March 21 was actually the exceptionrather than the rule for the first day of spring? The vernal equinox landed on March 21 only 36 out of 100 years. And from 1981 to 2102, Americans have (and will) celebrate the first day of spring no later than March 20. [Earth's Equinoxes & Solstices (Infographic)]

In 2016, those living in Alaska, Hawaii and the Pacific, Mountain and Central time zones will see spring begin even earlier: on March 19. And in 2020, it will start on March 19 for the entire United States.

There are a few reasons why seasonal dates can vary from year to year.

As you can see, the warm seasons, spring and summer, combined are 7.573 days longer than the colder seasons, fall and winter (good news for warm weather admirers).

Winter is the shortest astronomical season, and with its seasonal duration continuing to decrease, it is expected to attain its minimum value — 88.71 days — by about the year 3500.

The situation for different parts of the world, being in different time zones and hemispheres, varies. For Europe, the last time spring began on March 21 was in 2007, and it won't happen again until 2102.

Joe Rao serves as an instructor and guest lecturer at New York's Hayden Planetarium. He writes about astronomy for The New York Times and other publications, and he is also an on-camera meteorologist for News 12 Westchester, New York. Follow us @Spacedotcom, Facebook or Google+. Originally published on SPACE.com.