It's that time of year: March Madness!

The NCAA on Sunday revealed the 68 teams that will play in the annual men's college basketball championship tournament. The Kentucky Wildcats were named the overall first seed, with Villanova, Duke, and Wisconsin taking top regional spots.

The first round kicks off on Tuesday, March 17th at the University of Dayton in Dayton, Ohio. The final games will take place at the Indianapolis Colts' Lucas Oil Stadium on April 4th and 6th.

Here's the field to watch out for. 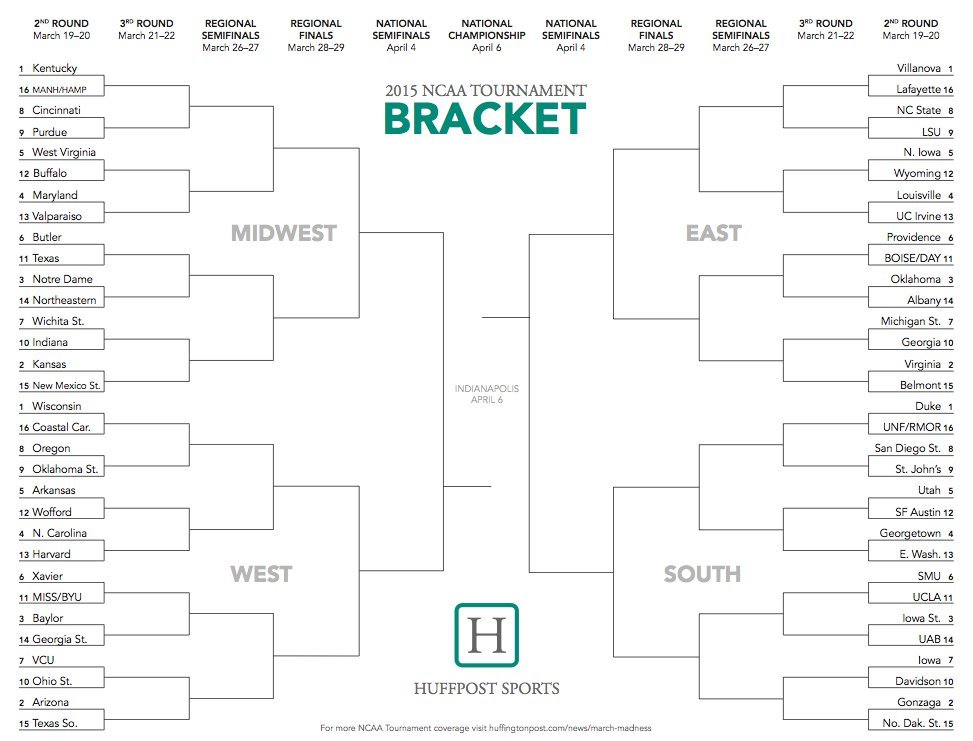