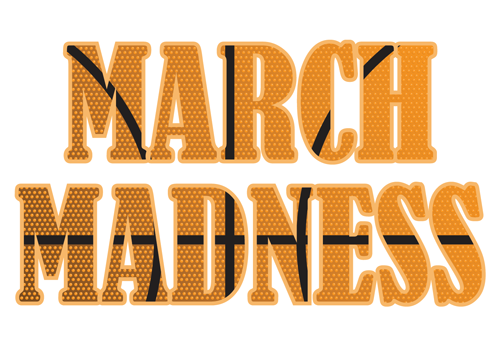 Right after the NFL, NBA, and MLB post-season contests, March Madness has grown into the most popular sports showcase for advertisers. Slam Dunk.

It's that time of year again! Get ready and toss on your lucky t-shirt to see if you can win your March Madness bracket this year. Whether you have the underdog taking the NCAA Championship or the top dog, someone is bound to have an upset. But let's dig a little deeper into this. We have to give the NCAA a round of applause for their phenomenal job of marketing the March Madness tournament, which is celebrating its 78th year.

This tournament involves 68 teams over three weeks competing in regional tournaments and finishing in a final contest between the top two teams in the nation. This competition is every NCAA player's dream come true. They work their whole lives to get to this national championship tournament, and they only have four years to try and earn a win. Luckily for the fans, we don't have to work as hard. We just get to over-indulge in the live streamed version so we can get in on the hype and make our bets.
Right after the NFL, NBA, and MLB post-season contests, March Madness has grown into the most popular sports showcase for advertisers. This is all due to the brilliance of the NCAA. 68 schools, thousands of students, faculty, supporters and uncountable alumni all focused on a showcase for their basketball teams.

Each level of this competition has been given a brand identity, making achieving them even more important and valuable. Even non fans have heard of them - The Sweet 16, Elite Eight, and Final Four - and they relate them to the NCAA's March Madness.

Keeping to the brand strategy the buzz continues to grow, largely increasing social media engagement for these sub brands. You can't go down the street of one of the 68 University towns without encountering branded products, banners and advertisements firing the March Madness fever. Posts and hashtags are all over social media platforms. Fans and non-fans can't avoid the brackets and pools floating all over their office.

The NCAA has created a marketers dream: a huge and absolutely engaged audience. This involvement enables advertisers to leverage their marketing investment by exponentially increasing the opportunity to be in front of more people than at any other time.

By the sheer amount of viewers, media has responded by expanding coverage to virtually all television networks, cable outlets, radio and online platforms. This broadness of the coverage allows easy access for any and all viewers on multiple platforms from desktops, televisions, phones and even Apple Watches. March Madness also has 960K followers on their various social platforms such as, Facebook, Twitter and YouTube.

We can all learn a valuable lesson from the NCAA's marketing team. They have created an audience made up of every possible demographic and psychographic possible. No matter your audience they are probably in the mix, paying attention in one way or another to the progress of this tournament.

Don't miss the opportunity. Get out of your comfort zone and get creative. Aligning your message with such an awesome series of events is just too good to pass up.

As a side note, being a Long Islander, I grabbed my Stony Brook University shirt and cheered for the Seawolves. Just having a horse in the Madness race was so exciting. Sadly advancing in the brackets was not meant to be - this year. SBU has a large backing here on the island, not only in the brackets but also in our hearts. Participating is a goal all by itself. I know I'll be waiting with bated breath to cheer them on in next year's March Madness. So thank you, NCAA, for creating this hype around March Madness and helping me better my business.