On Saturday, thousands of people descended on Washington, D.C. for the 50th anniversary of the March on Washington.

It was there that Martin Luther King, Jr. called for racial equality in his famous "I have a dream" speech. The historic event covered the front pages of newspapers, with some publications splashing photos of the National Mall filled with civil rights supporters.

Other newspapers' coverage was not as positive. Publications in the North and South were split in their attitudes toward the march, according to the Newseum, which examined press coverage for a new exhibit called "Civil Rights at 50." The Jackson Clarion-Ledger, for example, ran a front page headline after the march that read, "Washington is Clean again with Negro Trash Removed."

On Friday night, MSNBC's Al Sharpton looked back at original footage of news coverage of the event in 1963. Below, see photos of the front pages devoted to the March on Washington, gathered from the Newseum, newspaper websites and historical archives. 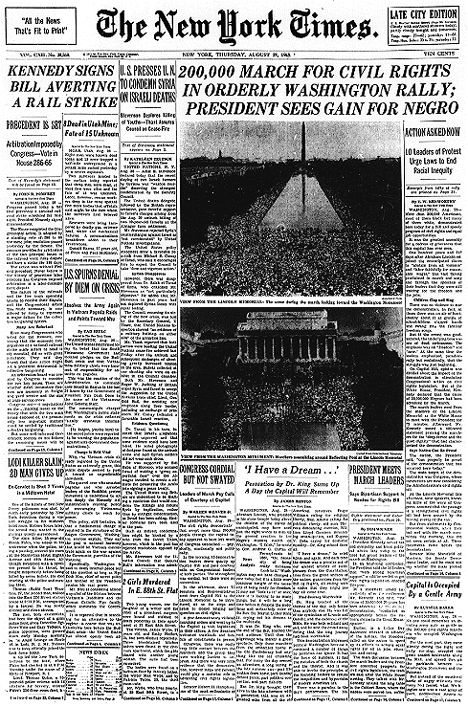