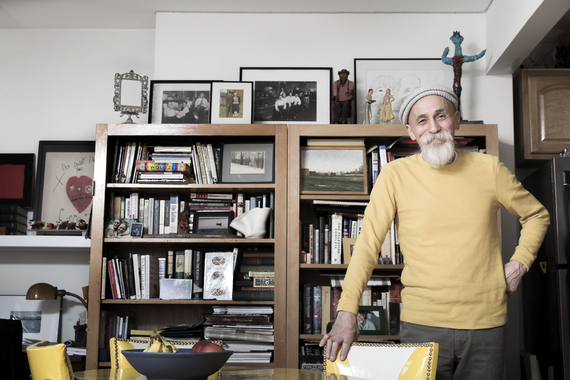 A New Jersey boy through and through -- he was born and raised in the tough streets of Newark -- Garlitos never imagined he'd one day build sets for the two most popular mob TV shows of all time, one of which (bada bing!) was as Jersey as he is. In his younger days, he tried his hand as an actor; he also drove a cab in his hometown before ending up in Greenpoint, Brooklyn, marrying his sweetheart and raising a son. He's a throwback to the old, pre-gentrification Greenpoint -- a world his craftsmanship helps bring to life on television. Nucky Thompson would surely approve.