By Alexandra Temblador | The Next Family 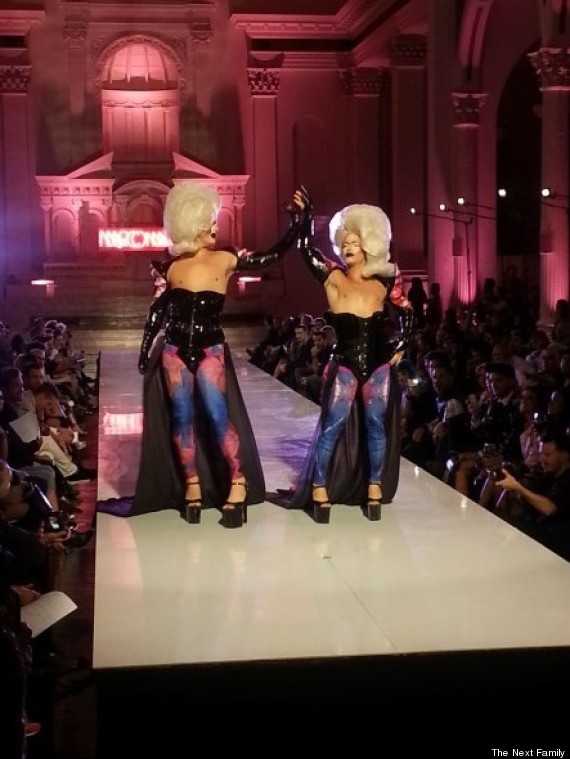 Men in heels, neon fabric in futuristic cuts, androgynous beauties, and an ecstatic crowd was all to be had at last night’s Marco Marco fashion show at the Vibiana Cathedral in downtown Los Angeles. In attendance at the fashion show were such stars as Adam Lambert, Carmen Electra, Jai Rodriguez, Chris Salvatore, Tahj Mowry, Lily Ghalichi and GG Gharachedaghi, Samuel Larsen, and Vivian Lamolli. 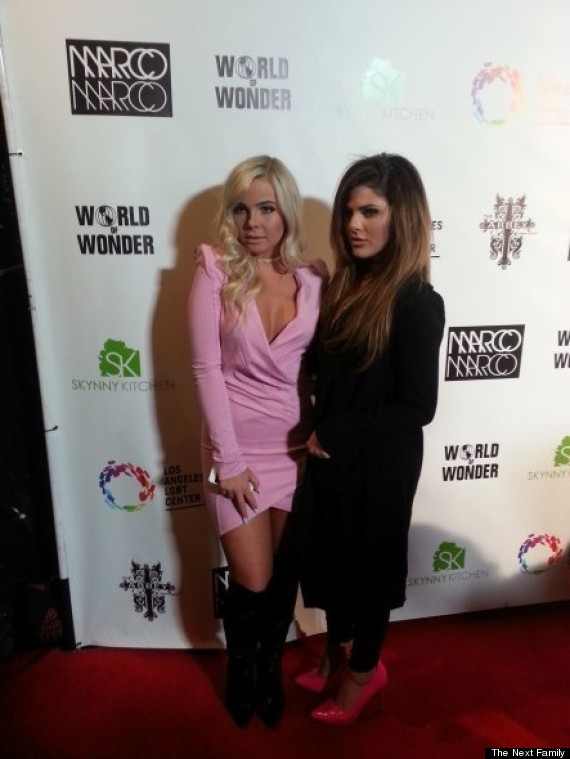 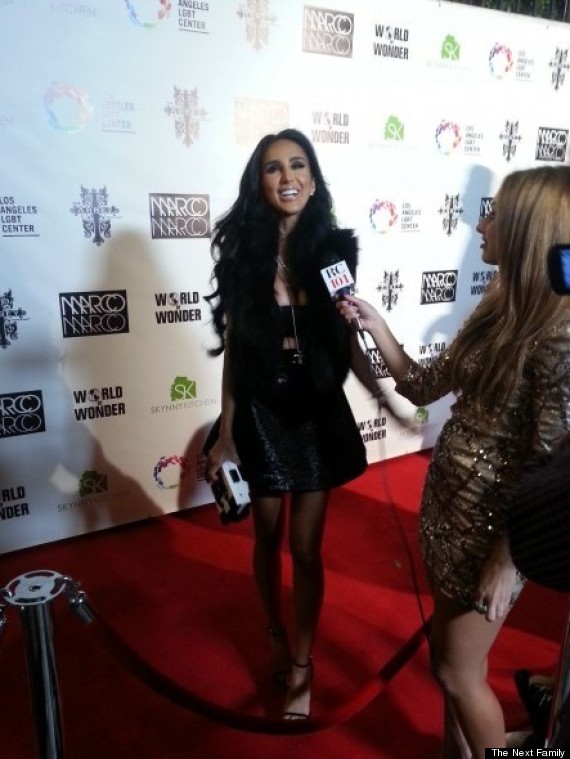 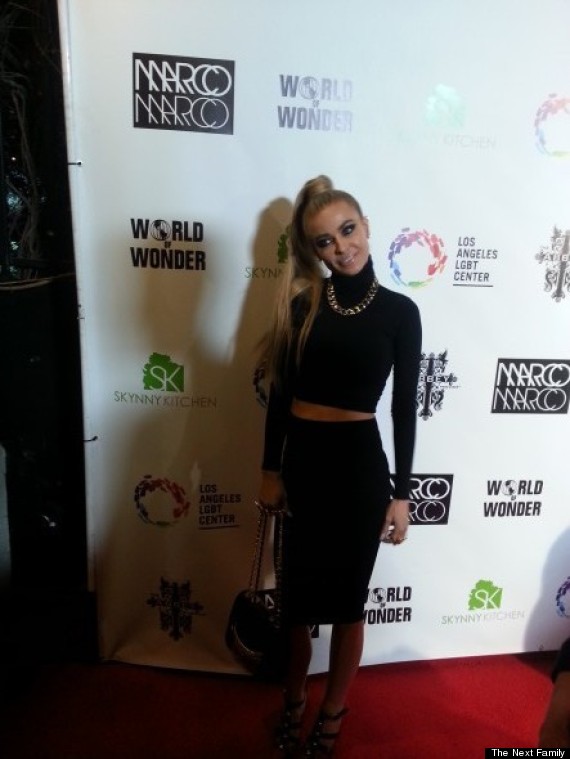 There were a few things that made this event special. The new line for Marco Marco spoke volumes about and for the LGBT community and high fashion. Take for instance the models— not only was Marco’s line presented by androgynous males and females but the special guest models of the nights hailed from RuPaul’s Drag Race. This celebration of gender bending, an active rebellion against gender roles, is something that Marco presented at his Collection 2 show last year and is pushing forward in the fashion industry. Marco’s choice in LGBT models represents to society that there’s a beauty to be found in different body types, sizes, and fashion.

When Jai Rodriguez of Queer Eye for the Straight Guy was asked what having more transgender and drag models in high fashion shows meant for our society, he replied:

I don’t know very many models who can walk the runway and give the same essence of a pop sensation like many of these girls from Drag Race. I think that we are moving forward. Betsy Johnson just had Willam walk in her show. So we are making good strides. It’s kind of been happening under the radar with a lot of trans girls. We are embracing it all. I love that Marco Marco is blazing it and just doing it.

Similarly, Chris Salvatore, actor and gay rights activist had this to say when asked why he thought it was so important for people to support Marco Marco and other LGBT proponents in the entertainment industry:

I feel like there’s are a lot of kids nowadays that are looking for a role model and they just want someone to look up to. [Marco] proves that you can be out and still be successful, and that you can follow your dreams. These young kids need role models. There aren’t a lot of them out there.

I was impressed with last night’s show because not only was it in an incredible venue but the crowd was so positive and supportive of the men and women on the catwalk. They celebrated what it meant to be unique and beautiful in one’s own skin, a trait that society would benefit from. 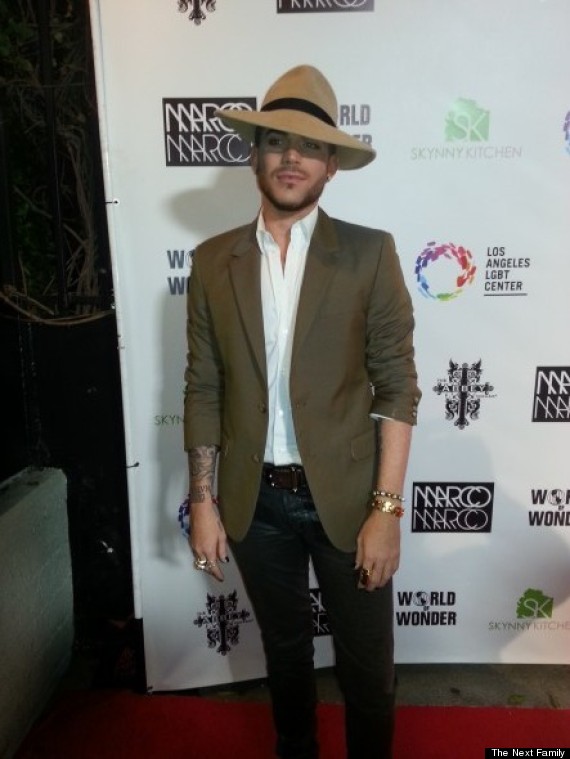 Perhaps one of the most memorable moments of the Marco Marco fashion show was when Adam Lambert, gay singer and songwriter, was asked what he thought about the Supreme Court’s decisive role on October 6th and that now 30 states in the United States allow same-sex marriage.

I think we can all agree with Adam Lambert. F— yeah. 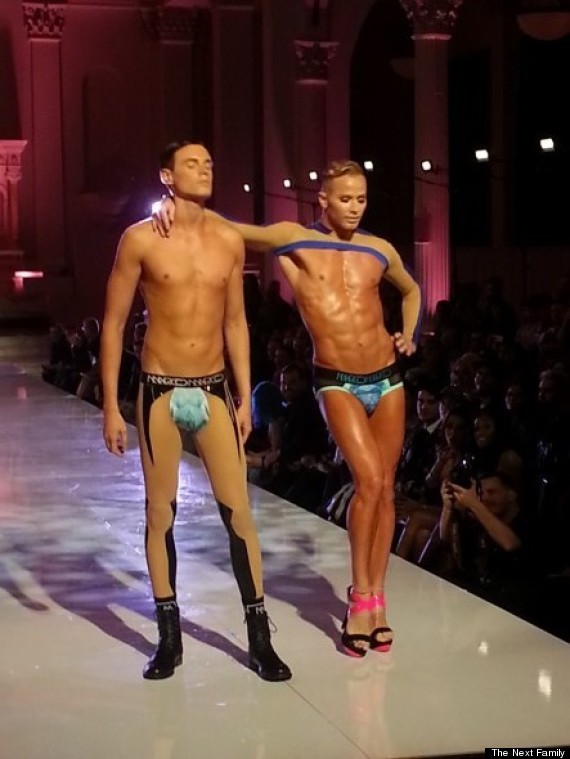 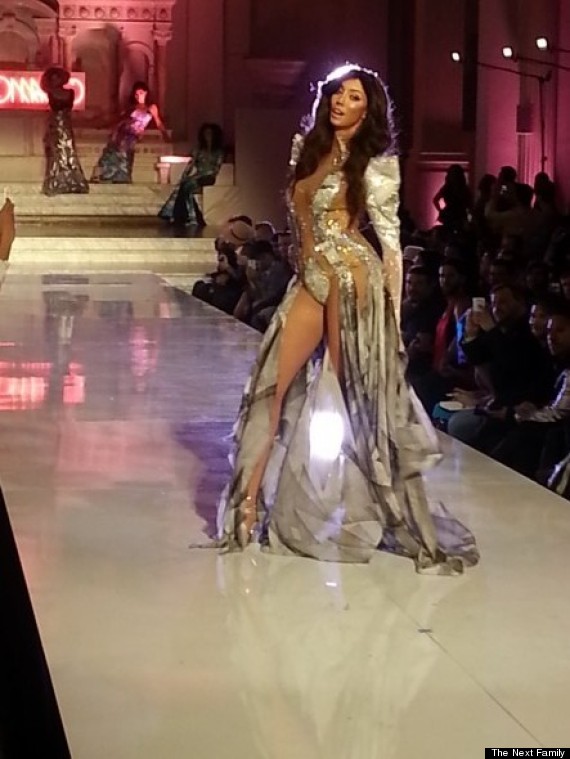 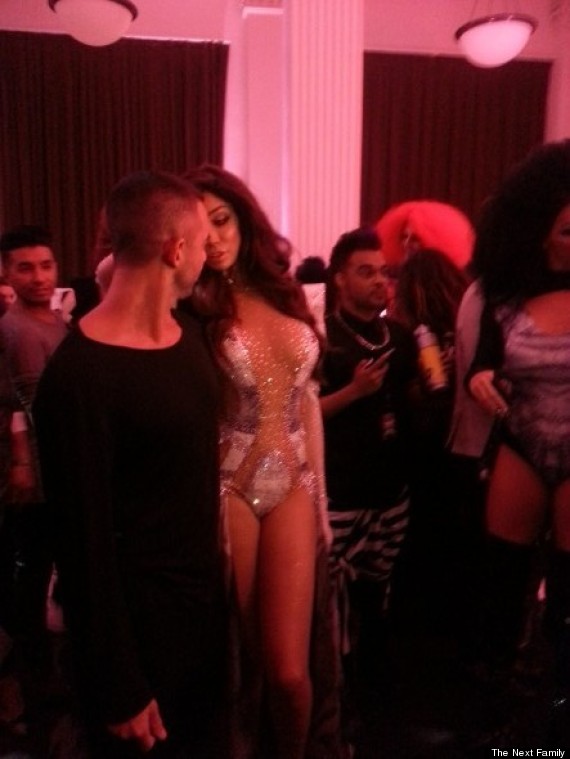 More on The Next Family:
Homophobic Parents Caught On Video Throwing Their Son Away

Gay Dads: Is A Wedding A Formality?

When A Homophobic Cousin Attacked a Woman’s Marriage

PHOTO GALLERY
25 Of The Most Incredible Drag Queen Moments

Marco Marco: Celebration of High Fashion and Unique Beauty
25 Of The Most Incredible Drag Queen Moments
1 / 25
RuPaul -- Wigstock 2004
Werk the fringe, Ru! The <em>legendary</em> RuPaul was on hand at Lady Bunny's Wigstock festival in NYC in 2004, performing "Looking Good, Feeling Gorgeous" off his "Red Hot" 2004 album. In between songs, he gave the audience his unmatched signature runway walk before singing his hit, "Supermodel," that launched him into the mainstream.
Courtesy of YouTube