WASHINGTON, May 11 (Reuters) - U.S. Senator Marco Rubio, a potential Republican White House candidate in 2016, said "I do" on Sunday when asked if he thinks he is ready to be U.S. president, noting that even though he is just 42 he has held public office for about 14 years.

Rubio, a first-term senator from Florida who has fallen out of favor with many in his party's right wing over his support for a bipartisan immigration measure in the Senate last year, has been an active potential contender for his party's nomination.

In an interview aired on Sunday on ABC's program, "This Week," Rubio said if he does decide to run for president in 2016 he would not seek re-election to the Senate.

"You don't run for president with some eject button in the cockpit that allows you to go on an exit ramp if it doesn't work out," Rubio said.

Asked if he thinks he is "ready to be president," Rubio responded: "I do."

"I think that's true for multiple other people that would want to run," Rubio added. "I mean, I'll be 43 this month. But the other thing that perhaps people don't realize, I've served now in public office for the better part of 14 years," he said said, referring to his past in the Florida legislature.

"And most importantly, I think a president has to have a clear vision of where the country needs to go and clear ideas about how to get it there," Rubio added.

Groups backing Rubio and fellow Senator Rand Paul of Kentucky lead the pack of potential Republican presidential hopefuls in spending money and investing in possible campaigns ahead of the 2016 race.

In his interview, Rubio took a shot at Hillary Clinton, widely assumed to be a Democratic 2016 presidential contender even though she has not yet said she will run.

"I don't think she has a passing grade" for her service as President Barack Obama's first secretary of state, Rubio said.

Rubio said he expects Clinton to "go around bragging" about that job but she must be held accountable for her failures. He cited the 2012 attack by militants on U.S. diplomatic posts in Benghazi, Libya, that killed four Americans and the "failed reset" of U.S. relations with Russia. (Reporting by Will Dunham; Editing by Frances Kerry)

Marco Rubio: 'I Do' Think I'm Ready To Be President
Marco Rubio 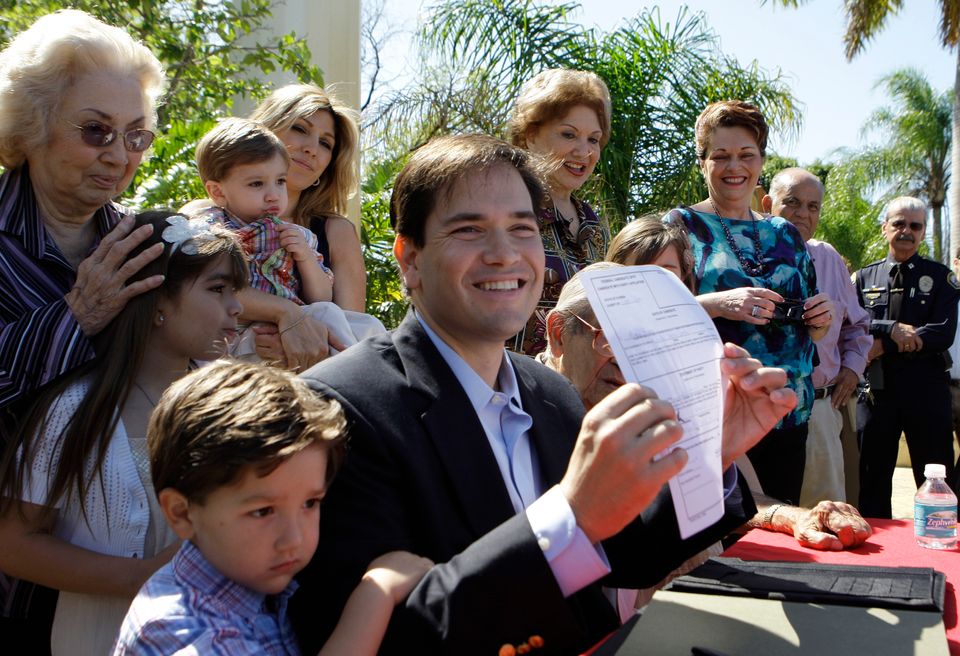