Sen. Marco Rubio (R-Fla.) is attempting to show off his bona fides to Donald Trump’s followers in order to raise campaign cash.

The senator sent out a fundraising email that noted he “was lucky enough to be one of his first posts,” referring to the former president’s new “communications platform” (aka a blog).

inbox: Sen. Rubio is raising money off of being one of the first pols mentioned on the new Trump "platform."

"I was lucky enough to be one of his first posts!"

It’s a long, long way from 2016, when Rubio warned that Trump “would shatter the party and the conservative movement” and called him a “con artist.”

Even conservative groups have called out Rubio for his hypocritical groveling toward Trump, so it’s no surprise that Twitter users thoroughly mocked the senator’s brag.

Marco Rubio once said that Donald Trump is an erratic individual who couldn't be trusted with the nuclear codes and then made dick jokes about him. https://t.co/b8vZtEb4Dn

Hard to imagine a sadder email than that https://t.co/t8gx5ZTOAP

Rubio attempted to reclaim the narrative, posting a biblical passage on his feed.

“If the world hates you, realize that it hated me first.”

That just made the senator’s political calculation even more obvious.

Someone just got back a 2024 GOP presidential primary poll. https://t.co/8a7goO8v6e 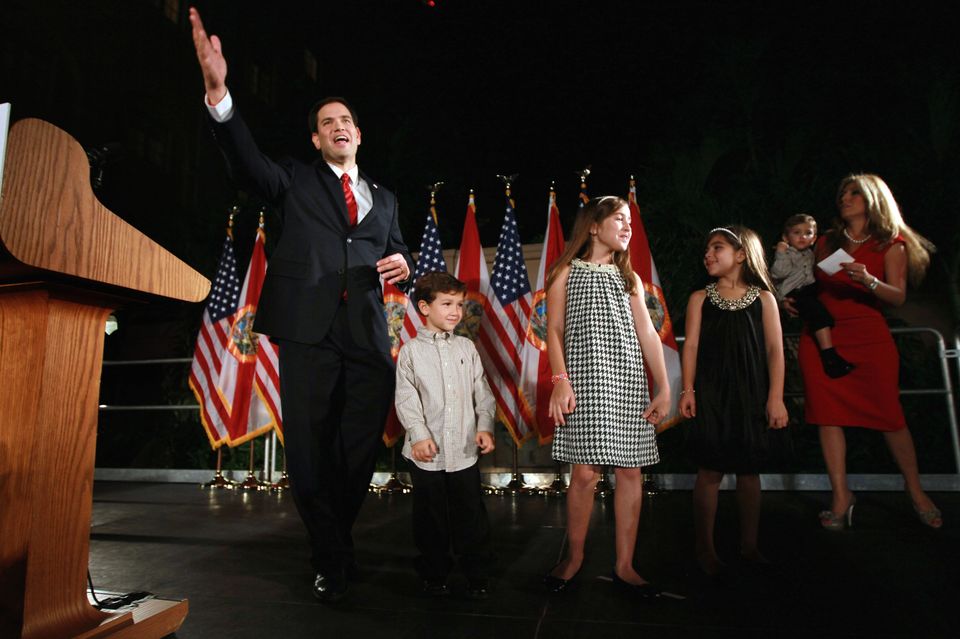