In his State of the Union rebuttal speech, Florida Senator Marco Rubio stressed his blue collar life in Miami.

"Mr. President, I still live in the same working class neighborhood I grew up in," Rubio said, adding that his neighbors are retirees who depend on Social Security and Medicare, workers rising early to pay the bills, and immigrants who have been stuck in poverty.

Rubio failed to mention his "working class" pool home in West Miami is on the market for a whopping $675,000 -- and he's moving his family to Washington, D.C.

West Miami is indeed less posh than its southeastern neighbor, Coral Gables. But public records show Rubio and his wife paid more than half a million dollars -- $550,000 in fact -- in 2005 for their two-story, four-bedroom, 2,649-square foot pad, which features a double-height living area, stainless steel appliances, manicured lawn, and outdoor entertaining space. As Ameriblog points out, the surrounding streets contain more quintessentially blue collar homes, but Rubio's cul-de-sac of 5 pool homes is a "luxury enclave," a "little white-collar heaven" in blue collar Miami.

But as The Huffington Post's Ryan Grim and Jason Cherkis report, Rubio's personal finances don't match his rhetoric. Check out photos of Rubio's hardscrabble house below: 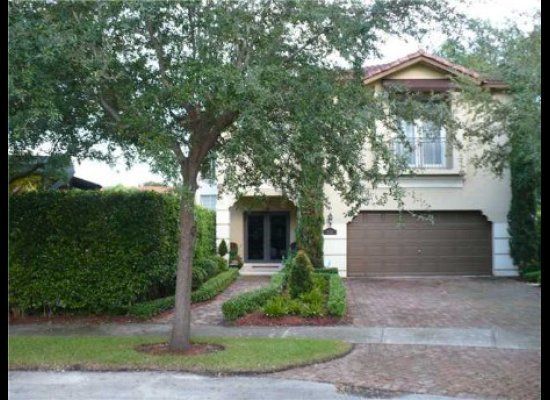