Former British Prime Minister Margaret Thatcher died Monday at the age of 87, leaving behind -- among many things -- memories of one of the more notable special relationships between leaders of the United Kingdom and United States.

Thatcher served as prime minister for all eight years of Ronald Reagan's presidency. Together they cooperated closely on issues ranging from international war to conservative domestic policies, and while doing so, they formed a close personal friendship. While that relationship reportedly had its share of rough patches, the strong bond between two politicians, sometimes called ideological soul-mates, was often evident through photographs.

Below, pictures of the two world leaders: 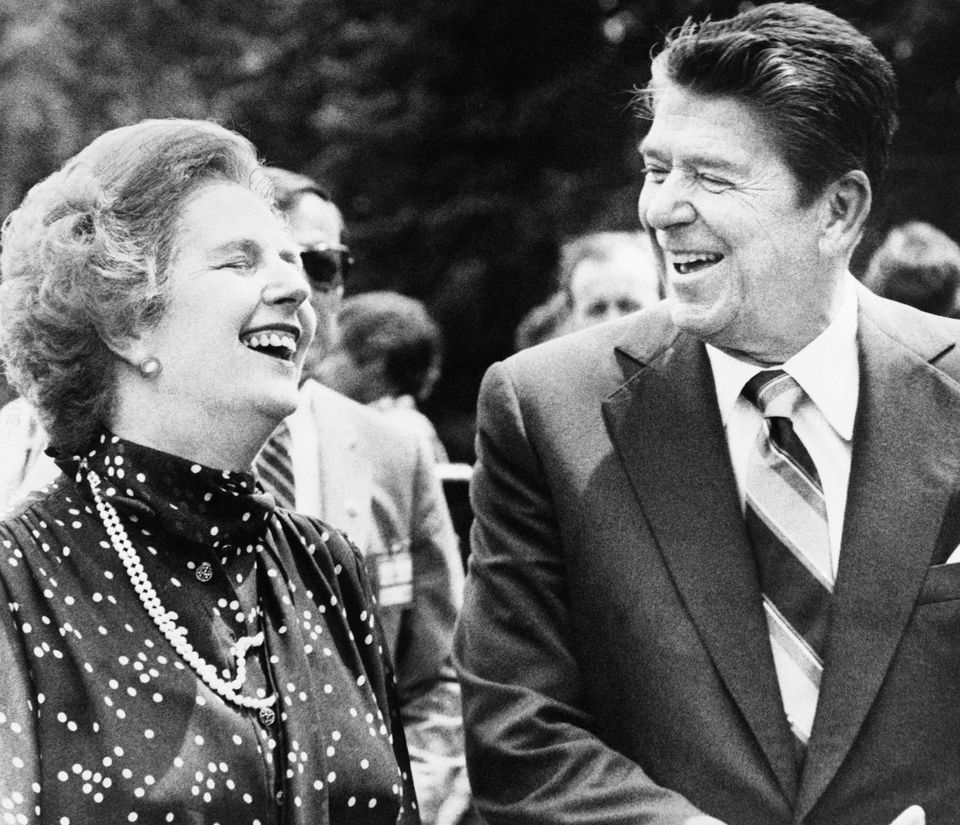 1 / 26
Ronald Reagan, Margaret Thatcher
FILE - U.S. President Ronald Reagan, right, and Britain's Prime Minister Margaret Thatcher, share a laugh during a break from a session at the Ottawa Summit in this file photo dated July 21, 1981, at Government House in Ottawa, Canada. Personal papers from 1981 released Saturday March 17, 2012, by the Thatcher archive at Cambridge University in England, reveal that Thatcher was fascinated by U.S. President Reagan, and that she snatched and kept a page of his doodles from this G7 summit in Ottawa. Reagan left the piece of paper adorned with his sketches, sitting on a table at the Ottawa meeting when Margaret Thatcher picked it up and kept it, it is revealed in her papers released Saturday. (AP Photo/File)
AP