Light split primordial darkness and She caught Her reflection for the first time, captured in the blackness of curved space. She made love to Herself, impregnated by her own love and lust. She birthed Earth and Air, Day and Night, Up and Down, Hope and Fear. The Divine Twins emerged, locked in a struggle that turned to embrace. Together, they formed something new. Something gorgeous. They birthed that which comes together in the name of love.

The Divine Twins are ever with us, for God Hirself was "divided for love's sake, for the chance of union" (Chapter One of the Book of the Law). This division is part of how we learn. Sometimes the division is joyous, as we turn toward one another in love, friendship or lust. We make art and music that celebrates the world. Sometimes the lessons feel hard. We torture one another. We kill. We oppress. We are unkind.

Sometimes both occur simultaneously. In these moments we have the possibility to create something new.

Margaret Thatcher is dead. She was a big part of my formative landscape. She and Ronald Reagan fueled much of my political consciousness, my sense of justice and injustice, my outrage at lies and oppression, my sense of right and wrong. I was so young, going on marches, protesting, defacing Republican headquarters in my Los Angeles town, and pouring forth poetry. I listened to song after song coming from a tiny island thousands of miles away. Though I never identified as punk -- never quite hardcore enough -- punk seeped into my soul. I have Thatcher to thank for that. Billy Bragg said Thatcher made him into a socialist. The Reagan/Thatcher love affair steered me toward Anarcho-Socialism, liberation theologies, and the realization that my spirituality, rapidly transforming my Catholic past to my Pagan present, was all about the deep connection that weaves every life together, making torture and bombings not only crimes against humanity, but crimes against spirit that threaten to rend the cosmos from itself.

I didn't know it at the time, but I was following the fragrance of love.

We are divided for love's sake. We are divided for the chance of union. We won't get there until we remember that we wish to become whole again. We create the cosmos together, you and I. Every time we torture and train toward torture, we forget that we are bound in a holy embrace. Every time a drone strike is ordered, a girl is raped, or another young man killed, we forget that the same molecules infuse our breath. All this is war against ourselves. All this is war.

We are Divine Twins, locked in struggle, seeking our way toward love's embrace.

I am Margaret Thatcher and Steven Biko. I am Ronald Reagan and Daniel Ortega. I am Barack Obama and Abdulrahman al-Awlaki. I am every soldier at Fort Benning and every person camped under a highway. I am Oscar Grant, Alan Blueford and Gary King. I am Gwen Araujo and Matthew Shephard. I am the ones who killed them all.

I am Pablo Neruda, Ida B. Wells, Dorothy Day, Judy Bari, Pablo Picasso, Buckminster Fuller, Frida Kahlo, and John Cage. I am Pol Pot and Stalin. I am Mao. I am Howard Zinn and Rosa Parks, Woody Guthrie and Dorothea Lange.

Oceans thick with oil, exploding pipeline, burned forest, and dead species are a part of me. Every baby born. Each fern and star. Each atom, every breath. We are all of these.

Until the prayers of spiritual people become our actions, there will be no lasting changes in this world. The struggle of the Twins will overpower their embrace. Fear will forget connection. 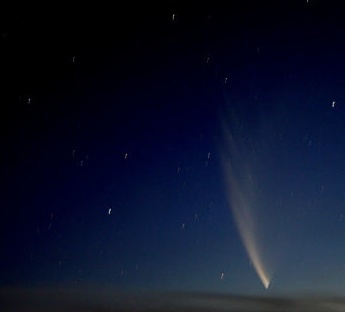