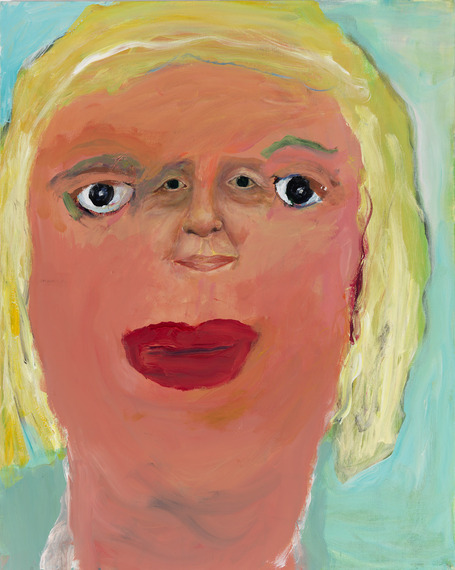 Though she has long been exhibiting in Chicago, most recently at Corbett vs. Dempsey, Margot Bergman's show at Anton Kern is her first New York solo exhibit; and at 82 years old she arrives with a beautiful, intense and moving exhibit. Comprised of sixteen imaginary portraits half of the paintings are part of her long practice of working on top of paintings she has found in flea markets. 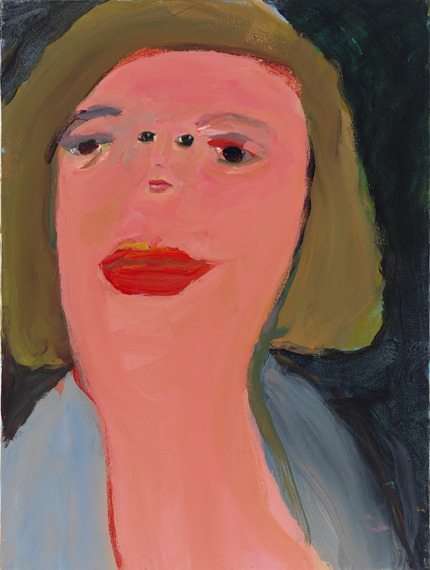 Bergman has described the found painting pieces as imaginary portraits of the artists who she has painted over. Leaving those paintings out in her studio, gradually, over time the paintings call to her. Whether we believe the soul of another can speak through paint or if we simply credit the power of imagination, the results are unnerving and powerful. In earlier phases from this body of work Bergman often left large areas of the original, underneath painting, exposed. In the paintings on view here though, only a few fragments of eyes, nose and mouth peer out from the brow of each head, displacing the top painted eyes unnaturally far apart. The effect is alternately monstrous, humorous, jarring and psychologically charged while the faces Bergman channels are at turns pained, fragile, awkward, overly open and a little crazy. Beyond the notion of an imagined portrait, the split open skin speaks to a tear in a soul and gives rise to thoughts of masks and personae. The amateurishly naturalistic manner of the original paintings creates a further contrast with Bergman's brushy and raw paint handling. 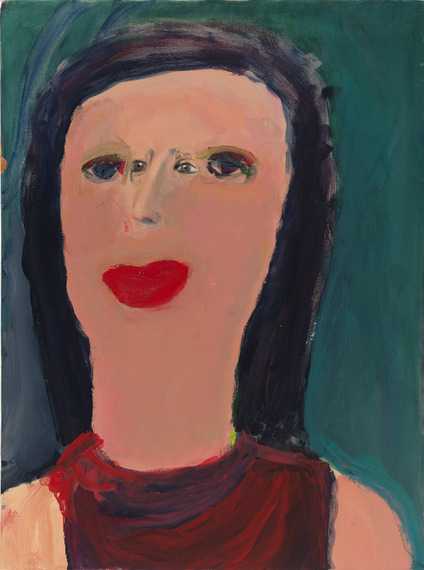 In Audrey Ray, the inner face has a long aquiline nose that doubles as her nose. She seems unaware that another imperative, something harder and colder than her contented and complacent being, may possess her. Grace Jane is painted in a florid pink, and yet she rests in an elegant arrangement of grays and blacks. She appears languid and pleased, and also sad. The inner face, with its alert black eyes and tightly pursed lips peers out aggressively, like a specter of conformity in her spreading face. In Wilma Rae, a sweet and wise looking face emerges from the brow of a young-looking blonde woman with puffy red lips. The juxtaposition of double sweetness is rather than comforting, implies trauma. 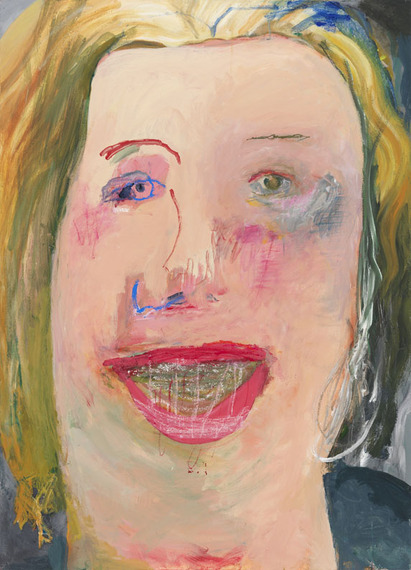 The more recent paintings, while not made from found canvases, still frequently offset naturalistic and expressive elements. Whereas the earlier paintings tend towards dense and compact paint handling, these works are looser, more open, the forms dissolving and unraveling into squibs and scribbles. It is as if the personae were disembodied as Bergman's mark making drifts from the description of form. 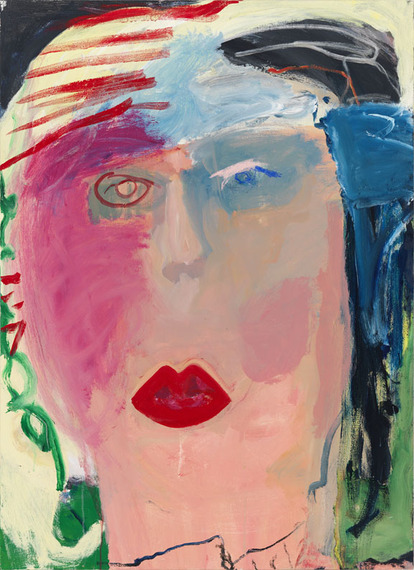 The face in Kelly takes up most of the canvas, shaped a bit like a soft rectangle swaying slightly from the lower left to the upper right of the canvas. If not for the facial features the painting could as well be of a thumb or a back. The mouth, slackly open contains a horizontal blur of brownish paint with a few vertical scrawls that might stand for teeth. In CJ, the child-like feeling of Bergman's drawing begins to subsume the entire painting save for one carefully modeled eye, peering out alertly while everything else goes haywire. 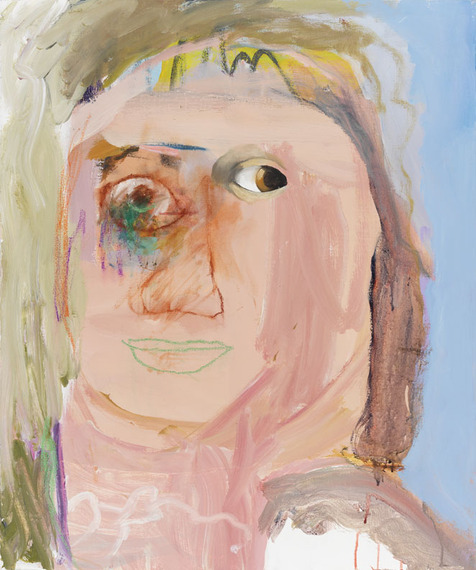