Margot Robbie may not be nominated for an Oscar for her role of Naomi Lapaglia in "The Wolf of Wall Street," but she could be up for another title: Playboy Playmate.

Us Weekly caught up with Hugh Hefner at Playboy's 60th Anniversary party earlier this week and learned that the 87-year-old has his eyes on the Australian stunner.

"We always want the latest, most popular girl of the moment, and that changes week to week!" Hef told Us Weekly, adding that he had seen "Wolf" and thinks that Robbie "is very, very pretty."

Of course, leave it to Hef to take it to the next level. The Playboy mogul then gave 23-year-old Robbie a shout-out through Us Weekly, telling the magazine: "She should be in Playboy! Send her a message! We're ready for her. She would be great."

But would the Aussie beauty actually pose nude? We're thinking it's highly unlikely. The actress told MTV last month that she almost passed on the role of Naomi because it required nudity.

"Initially, right at the beginning of my career, I said that I'd never do nudity. I made that clear to my team. They all knew that from the beginning," she recalled. "When I first did my audition, we never expected it to go any further than perhaps [the first round]. We now found ourselves in the predicament where Marty [Scorsese] wanted to test me, and we now had to go back and say, 'Well, look, she doesn't actually want to do nudity -- and the part requires nudity.'"

"For a while, I thought, maybe it wasn't meant to be. Maybe I shouldn't do it," she added, saying that "getting emotionally invested in the role" changed her mind in the end.

Those sex scenes with Leonardo DiCaprio didn't come any easier to her, telling Celebuzz that she "took three shots of tequila" to prep for the shoot, even though it was early in the morning.

Playboy or not, Robbie does have her career path well paved. According to The Wrap, she's currently in negotiations to play Jane in "Tarzan," co-starring Alexander Skarsgard, Christoph Waltz and Samuel L. Jackson; as well as appear in "Z for Zachariah" alongside Chris Pine and Chiwetel Ejiofor. 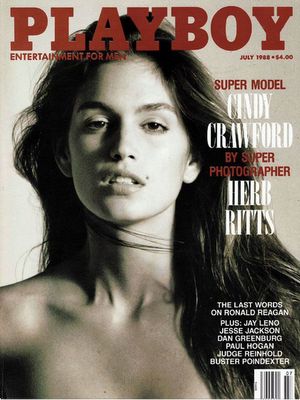