MOSCOW, Nov 23 (Reuters) - Jailed Pussy Riot punk protester Maria Alyokhina has been moved to a single-person cell at her own request because of tensions with fellow prisoners, Russia's federal penitentiary service said on Friday.

Alyokhina, 24, is serving a two-year sentence for a raucous protest against President Vladimir Putin in Moscow's main Russian Orthodox cathedral. Activists said her trial, and that of two band mates, was part of a crackdown on dissent.

"Some tensions arose in relationships and, apparently to prevent this situation from escalating, she decided to submit a request to the prison leadership and they moved her to a one-person cell," a prison service spokeswoman said.

The spokeswoman also said she had no information regarding a report on the tabloid-style Life News website that Alyokhina had received violent threats from cell mates.

Alyokhina 's main meal is taken to her cell and she is accompanied by a guard when she leaves it, the spokeswoman said.

Alyokhina and two band mates were convicted in August of hooliganism motivated by religious hatred for their "punk prayer", which the dominant Russian Orthodox Church has cast as part of a concerted attack on the church and the faithful.

The women said the protest, in which they burst into Christ the Saviour Cathedral and called on the Virgin Mary to rid Russia of Putin, was not motivated by hatred and was meant to mock the church leadership's support for the longtime leader.

Putin, a former KGB officer who has cultivated close ties with the church over 13 years in power, has rejected criticism from the United States and European leaders who called the two-year sentences disproportionate.

Alyokhina, who has a young son, argued with the judge and cross-examined witnesses during her trial.

Her band mate Nadezhda Tolokonnikova, 23, is serving her sentence in a different prison. Yekaterina Samutsevich, 30, was freed last month when a court suspended her sentence on appeal. (Additional reporting By Ludmila Danilova; Writing by Nastassia Astrasheuskaya; editing by Jason Webb) 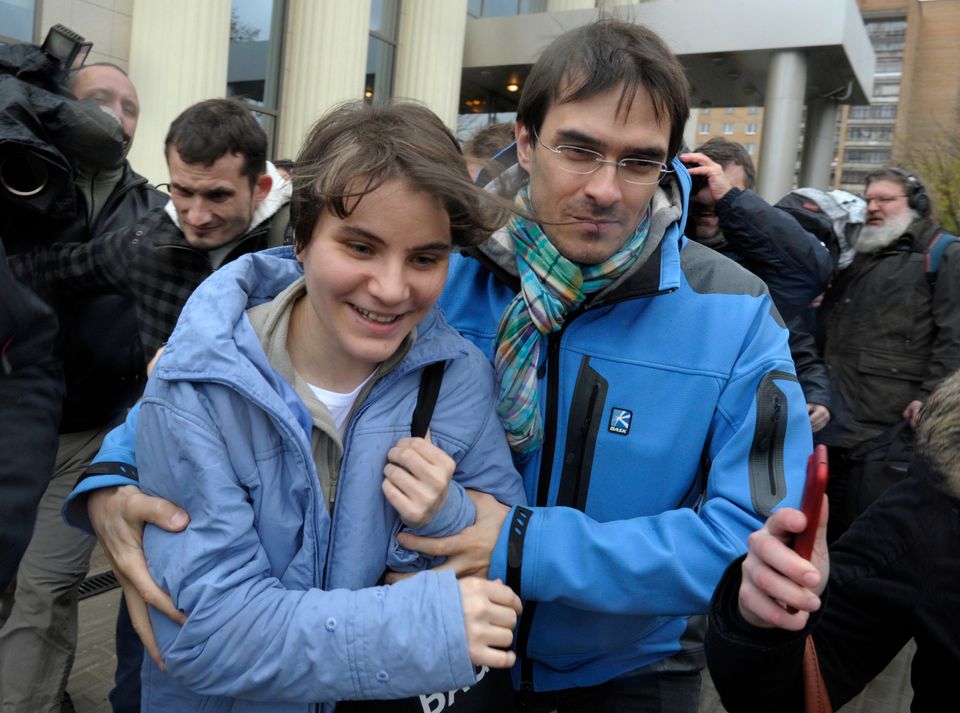