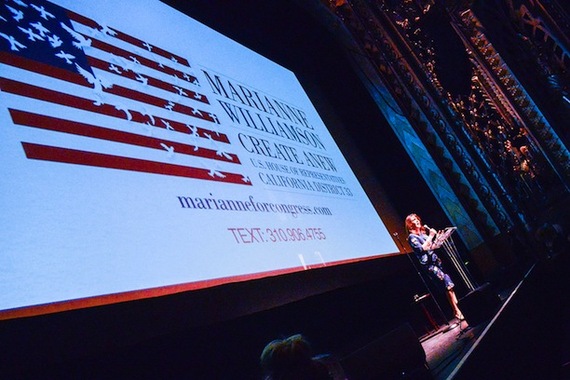 Marianne Williamson, beloved spiritual teacher and author of the bestselling "A Return to Love" and "Healing the Soul of America," announced on Sunday in Los Angeles her run for the United States Congress. She'll be running for the U.S. House of Representatives in California's 33rd District, a seat currently held by 74-year old Democrat Henry Waxman, one of the most longstanding members of Congress. (He has held the seat for 38 years.)

While Marianne has been a lifelong Democrat, she is running this race as an Independent. "I believe that a wave of independent candidates, all committed to a huge course-correction, is necessary to turn our ship around. I feel my campaign, and most importantly my win, can help inspire such a movement," says Marianne.

Marianne is no stranger to the needs of Americans and to the needs of our political system. For 30 years, she has worked intimately with people in crisis. From her work as a spiritual advisor and meal provider to those living with HIV/AIDS, to providing non-medical support to those living with life-challenging illnesses, to being a teacher of A Course in Miracles for those suffering from addictions, Marianne has demonstrated a long history of willingness to go into the trenches and be of service to those in greatest need.

On the political front, Marianne co-founded The Peace Alliance, promoting legislation to establish a United States Department of Peace, and she is on the Board of Directors of RESULTS, a citizens lobbying group working to create the political will to end hunger and poverty.

The problems of American politics are big. Our government has lost its ethical center; it has become commandeered by moneyed interests; and gender inequality remains huge. Rather than lead with a single legislative initiative, Marianne's solution is big. It's about leading with a heart consciousness and nurturing, what Martin Luther King, Jr. called, the beloved community. "Politics should not be the least heart-filled thing we do, it should be the most heart-filled thing we do," said Marianne when she announced her candidacy to an excited full house at the Saban Theatre in Los Angeles. 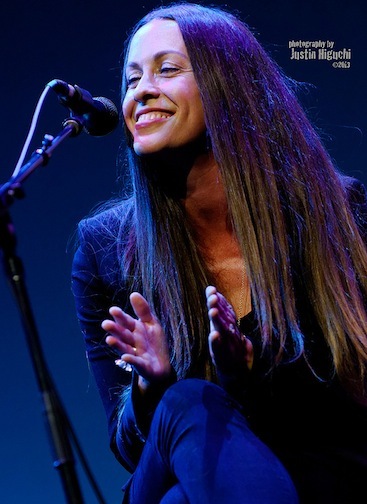 As a daughter of an immigration lawyer, Marianne saw firsthand what it meant to people who had made it out of countries of terrible tyranny and suppression to make a new life in the United States. It meant everything to them. Seeing this gave Marianne a deep appreciation for the value of our democracy, in human terms. "As citizens of the United States, we are stewards of this magnificent thing called democracy," said Marianne to an inspired crowd of over 2,000 people at the Saban Theatre. She added later: "When America does what's right, it's such a light on this planet."

As Marianne shared her story on Sunday, she recalled when she began work in the AIDS community. She said that at that time, close to 30 years ago, allopathic doctors would look at her and those who were talking about holistic medicine, and the psychological, emotional and spiritual elements for healing, and just kind of pat them on the head. In other words, they weren't taken very seriously. Today you have Harvard University with symposiums on Integrative Medicine, and oncologists who are the first ones to tell you to go to a spiritual support group. "We need that same type of holistic paradigm to occur now in the United States Congress," said Marianne. 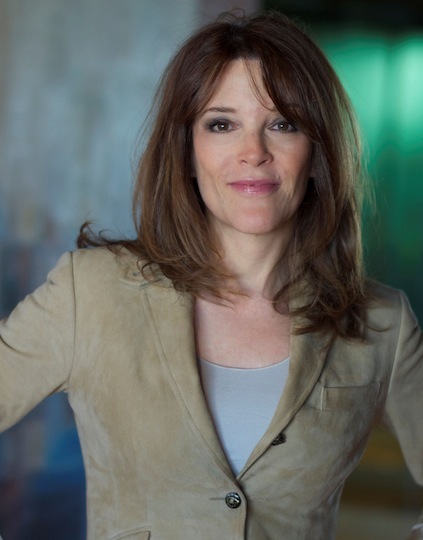 Marianne acknowledges that what she has to say will upset the current mode of operation, and that early on in the campaign, she may be mocked and minimized. But she insists that despite this, she will continue to speak the truth of her heart. America needs a huge course correction, says Marianne. "There is something that is going on that is not okay."

My experience of Marianne is that she will bring a healing energy in through the doors of Congress that will permeate the halls, offices and meeting spaces of Capitol Hill. By nature of who she is and what she stands for, Marianne will not only be serving her constituents in Southern California, she will be serving the greater good of American democracy.

Marianne has been considering this deepening of her mission over the last year. I first heard a hint of it last October at Sister Giant, an event Marianne founded to change the conversation in American politics and to encourage women to re-envision their political possibilities. "At a certain point, it's not enough for us to be activists from the periphery," said Marianne.

Looks like she took her own words to heart.

Marianne hopes that her campaign will give people who haven't participated in a congressional campaign before - particularly those who have felt sidelined or cynical about the political process - the inspiration to renew their commitment to exercise their own citizenship.

"What needs to be done now can't be done only from the sidelines; those of us who share the values of this campaign need to stand on them, run on them and win on them. This way we'll reclaim our democracy and help save the world," says Marianne.

That's why Marianne Williamson, beloved spiritual teacher and activist, is running for the United States Congress.

To learn more about Marianne's platform and how to join the campaign, please visit marianneforcongress.com.

Tabby Biddle is a women's leadership expert and writer covering women's rights, women's political voice, and the empowerment of women and girls. Learn more at tabbybiddle.com