On November 7, Google celebrated what would have been the 144th birthday of the mother of radioactivity, two-time Nobel Prize winning scientist Marie Curie.

Google's homepage feature a Curie-themed Google doodle showing a sketch of the scientist at a wooden table.

Curie, along with her husband Pierre, discovered two elements and was the first person to ever be awarded two Nobel Prizes -- for physics in 1903, and for chemistry in 1911.

Born in 1867 in Warsaw, Poland, Curie was a voracious student who attended a secret "floating university" because it was illegal for women to go to college. When she was 24, she moved to Paris where she received a degree in physics and mathematics at the Sorbonne.

At the Sorbonne, she met a professor named Pierre Curie, and the two were drawn together while studying magnetism. They were married in 1895, and for the next ten years shared a uniquely close marriage where life and work were inextricably intertwined. According to The New York Times' review of Lauren Redniss' Curie biography "Radioactive", Pierre and Marie "co-signed their published findings.[...] Their handwritings intermingle in their notebooks.”

The two shared a very productive professional life, and jointly received the Nobel Prize for physics in 1903 "for their study into the spontaneous radiation discovered by Becquerel." (Henri Becquerel discovered radioactivity in 1896).

In 1906, Pierre was killed by a horse drawn carriage. Marie succeeded him as Professor of General Physics in the Faculty of Sciences, and was the first woman to hold the position.

Marie continued her work, winning a second Nobel Prize, this time for chemistry, in 1911. According to the Nobel Foundation, Curie was most interested in radioactivity in terms of its abilities to help people: "Mme. Curie throughout her life actively promoted the use of radium to alleviate suffering." As reported by The Washington Post, during World War I, Curie and her teenage daughter Irene set up primitive x-ray machines to detect shrapnel in soldiers. Irene went on to win her own Nobel Prize in chemistry in 1935 for her work with artificial radiation.

Curie, who was known to sleep with a vial of radium under her pillow, could not escape to effects of decades working with these toxic chemicals. On July 4, 1934 she succumbed to pernicious anemia, a blood disease, which according to her New York Times obituary was brought on by "a long accumulation of radiations." 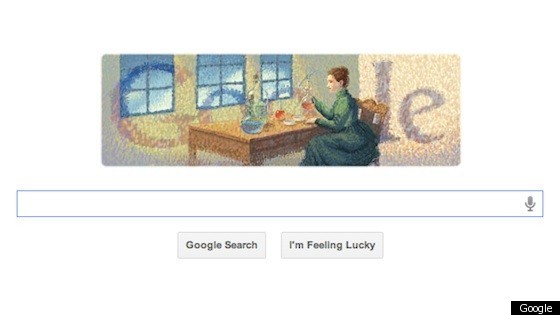