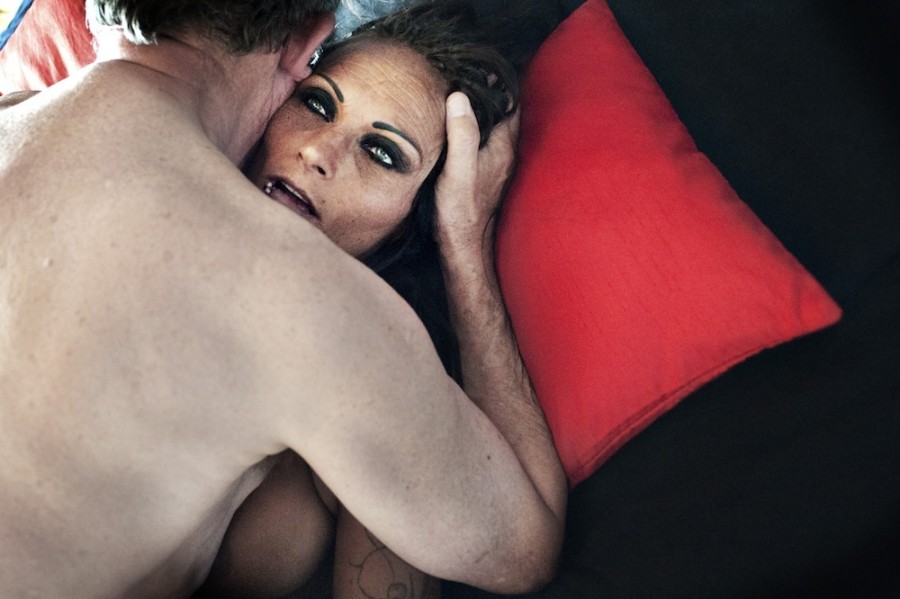 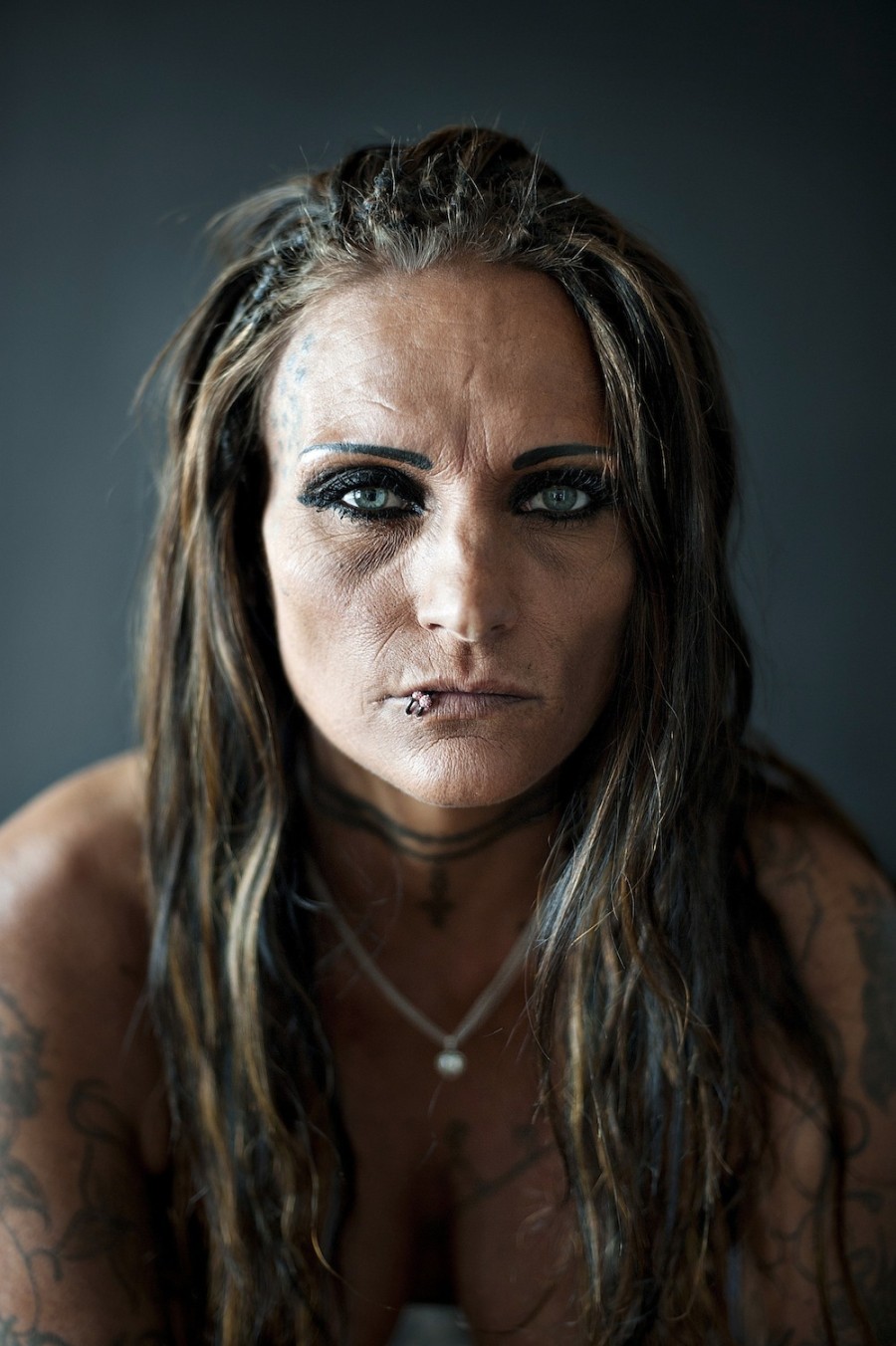 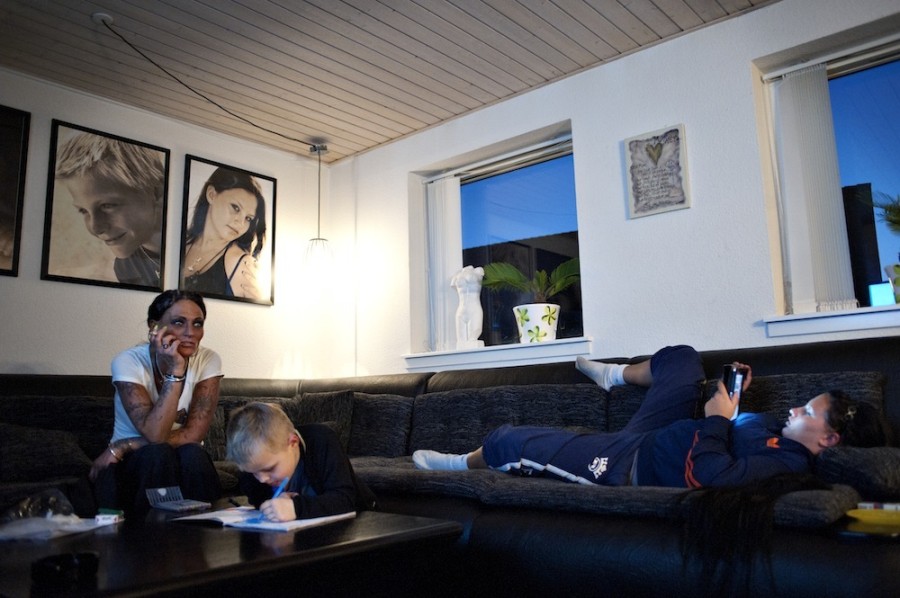 Bonnie Cleo Andersen has been a prostitute since the age of 18. Her first time having sex for money was at a visit at a brothel in a small town. Bonnie and her girlfriend were in need of money and wanted to try it out. The experience was unpleasant and Bonnie was shy and ashamed of her body. But because of the money, she stayed in the sex industry.
When Bonnie is at work, she calls herself Patricia. It's a way of separating herself from her work.
The single most important thing in Bonnie's life is her children. Her hope is that they will have a better childhood and life than her own. The 14-year old Oliver is hanging out with some bad kids and getting into trouble. Because of this, Bonnie has decided to send Oliver to a Boarding school on a boat in the Caribbean.
Advertisement
Bonnies youngest son, 6-year old Noa, thinks that his mother works as a housekeeper. The older children know what their mother does for a living, and so does their school, the community and their friends. It isn't easy on the children, and they have been bullied and asked how much their mother costs.
When the family is asleep, Bonnie has the house to herself. She makes plans for the next day and smokes a cigarette.
In a small village in Sealand, Bonnie owns a house where she works every day from nine to four. When her day is over, she picks up her kids and drives home to her real house in another nearby village.
Advertisement
Bonnie's oldest son Oliver is getting confirmed at the local church. Beside Bonnie is her mother Doris, her stepfather, oldest daughter Michella and a friend. Bonnie has a lot of bad memories from her childhood. Her mother and father took the children to the local bar instead of sending them to school. And at an early age her father was sent to prison for murder.
The family has a party for Oliver's confirmation. Bonnie dances with her best friend who comforts her because she's feeling sad.
Bonnie and the kids are hanging out when the kids are home from school. They are often off to different activities during the day: Michella takes care of her horse, Marcus and Oliver rides motor cross bikes with their friends. This afternoon they are all home and having a good time.
Advertisement
Tattoos mean a lot to Bonnie. She has them as memories about important things in her life. A lot of them are memories about her sister Pernille. Lately she has been getting a lot of new ones. The most recent one is a necklace with a cross.
16-year old Michella has a girlfriend who is learning how to do tattoos. On a Friday night, drinking pina coladas, Bonnie gets a tattoo on her arm. She doesn't think it hurts a bit.
If Bonnie could earn the same amount of money doing something else, she would do so. She has no self-esteem and suffers from temporary pain in her body. But her job is what she knows best and she likes the joy and pleasure she gives to hercostumers.
Advertisement
The family is saying goodbye to Oliver, who is going away for a year to the Caribbean. Everyone cries uncontrollably when they hug him for the last time.
Bonnie doesn't hope that her children one day will work in the sex industry. But ifthey do so, Bonnie will help them so that they don't have to go through the bad stuff that she went through herself.

“This morning it’s been 52 years since we said ‘yes’ to each other for life.” Claudette with her wife, Andrée. Because Claudette’s parents declared her male at birth, she was able to marry the love of her life, Andrée, with whom she has three children and has always loved her for who she is.
Advertisement
“I was born with both male and female genital parts so that it wasn’t clear if I was a boy or a girl when I was born. But my parents let me chose who I was, what my identity was even if they declared me as a boy at my birth. In 1937 it was an undeniable advantage."
Advertisement
"Sport has always been an important part of my life. Cycling is one of my passion, I have done it all my life and I have no intention to stop. I still win competitions at my age and record better times than people thirty years younger than me."
A lot of prostitutes get tired of the job after a few years. Those who stay in the business the longest are those with a different gender identity, transexuals or hermaphrodites. The look of men is felt as a validation of the sexual identity they have chosen. This look from others, which is so often a cause of suffering in daily life, there is filled with desire for their body, so full of it that they are ready to pay to obtain it."
Advertisement
"The satisfaction of work well done is incomparable in prostitution. When a client is happy, I’m happy too. It’s social work, how can anyone deny that we make people happy, that we are useful? In my job I have the certainty that I have done what was right."