On February 2, 2009, thanks to Google Ocean, the ocean floor's topography was revealed for millions of people to see. Before that day, the 70 percent of the Earth's surface covered by water had been filled in by a cold blank blue, essentially ignored by an interface meant to encourage armchair exploration.

One of Google Ocean's features is the Marie Tharp Historical Map, which allows users to see the Earth transformed. Google's satellite pixels replaced the brush strokes of the 1977 World Ocean Floor Panorama Marie produced with her partner Bruce Heezen and the artist Heinrich Berann. Continents are rich ripe yellows, and the oceans are countless shades of blue; both land and sea darken as if bruised where mountains push through the skins of their plains.

No one had undertaken a close examination of the ocean floor until 1952, when Marie (working at Columbia University's Lamont Geological Observatory) began the arduous task of processing thousands of feet of soundings (sonar pings used to collect depth measurements in bodies of water) from the North Atlantic.

When I first read about Marie in 2007, I was surprised to discover that no one had undertaken a close examination of her life. That's when I began writing Soundings: The Story of the Remarkable Woman Who Mapped the Ocean Floor (Henry Holt, $30), a biography that brings this amazing woman and her pioneering scientific achievements to life--for the first time.

Marie's research led to a revolutionary discovery: there was a rift valley running down the center of the Atlantic Ocean. It began off the coast of Iceland and, she eventually realized, extended for more than 40,000 miles beneath the ocean's surface. The existence of such a rift was nearly incontrovertible proof of continental drift--a hypothesis that was so unpopular in the United States at the time that belief in it was considered a form of scientific heresy.

Many scientists remained unconvinced of the rift's existence until the 1959 International Oceanographic Congress in New York, where Jacques Cousteau screened a film of the rift valley he'd collected while crossing the Atlantic to attend the conference.

After seeing such concrete proof, using Marie's hand-drawn, bird's-eye-view physiographic diagrams as the foundation for their work, scientists began writing the papers that would cause a paradigm shift in Earth science. These papers from the 1960s, mostly by scientists from the United States, Great Britain, and Canada, are now considered the seminal papers of plate tectonics. The theories they espoused wouldn't have been possible without Marie's maps, a fact that was quickly forgotten in all of the revolutionary excitement.

The plate tectonics revolution was over by the 1970s, and the public interest that it had sparked fell off as a result. National Geographic wasn't interested in the map that would bring all of Marie and Bruce's work from the 50s and 60s together on one sheet, so the team turned to the U.S. Office of Naval Research. And in the summer of 1977, just weeks after they received printer's proofs of the World Ocean Floor Panorama, Bruce Heezen died of a heart attack while on a research expedition in a submarine off the coast of Iceland.

Marie never completed another mapping project again, and even today, scientists estimate that only about 10-15 percent of the ocean has been mapped in any detail, making Marie and her maps as relevant today as they've ever been.

Click below to see some amazing images of Marie's work

PHOTO GALLERY
The Woman Who Mapped The Ocean
Download
Calling all HuffPost superfans!
Sign up for membership to become a founding member and help shape HuffPost's next chapter
Join HuffPost 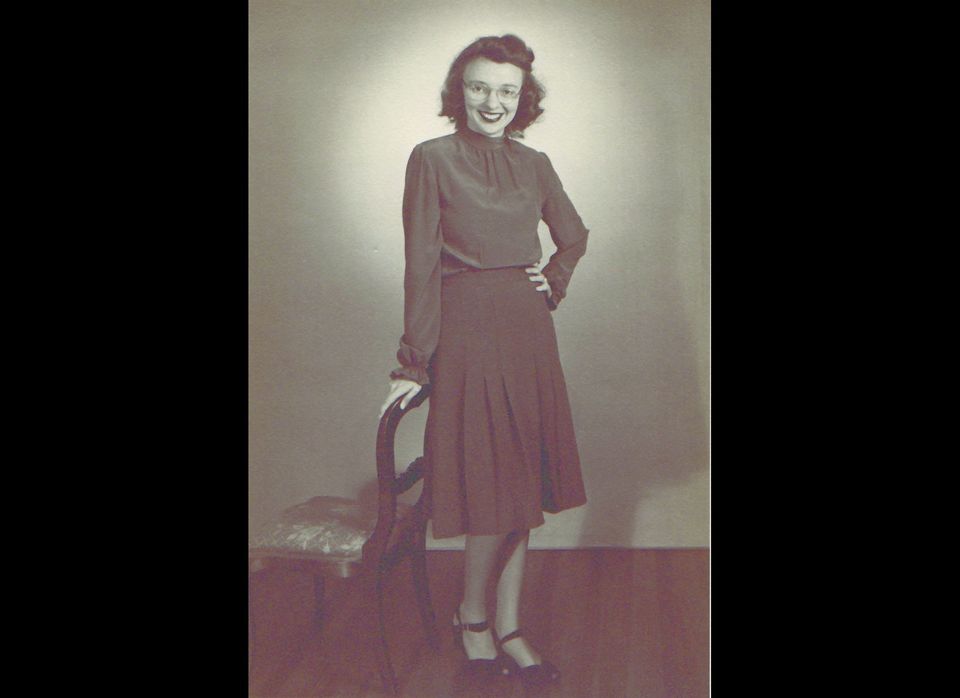 1 / 9
Marie began her studies at Ohio University in 1939. She studied English, philosophy, and music before discovering a passion for geology that inspired her to graduate early and hop on a train to Ann Arbor in the winter of 1945. There, she enrolled in the University of Michigan's newly formed Petroleum Geology program, which had been designed to train people (mostly women) to replace male geologists who were off fighting in WWII. After earning her master's in geology, she took a job as an assistant at the Stanolind Oil Company in Tulsa, Oklahoma--a job so boring, she said, that she spent her time watching office fans kick up dust. While there, she collected a degree in mathematics by attending night school at the University of Oklahoma. <em> Photo courtesy of the Lamont-Doherty Earth Observatory. </em>