When it comes to showing their embrace of marijuana, beer breweries are standing by the plant and sticking it to The Man, man.

A handful of the nation's over 2,500 breweries have recently incorporated marijuana innuendo into their branding efforts, following a trend that’s already seen pot jokes used to sell everything from power bars and ice cream to fast-food burritos.

Yet unlike other companies, which might face pushback to their edgy marketing mainly from church pastors and the PTA, beer makers are facing off with Uncle Sam for the right to advertise as they please. The federal Alcohol and Tobacco Tax and Trade Bureau (TTB), a small office that must approve nearly all alcoholic beverage labeling, is subject to an industry guidance document from 1994 that forbids weed references on alcohol labels.

That government document says “drugs, drug terms or slang associated with drugs” are forbidden in beer labeling. “We do not believe that responsible industry members should want or would want to portray their products in any socially unacceptable manner,” it reads.

That’s a problem for Michigan-based Dark Horse Brewing Company, which wanted to distribute a brew previously sold in limited batches as “Smells Like Weed IPA.” After being rejected by the feds, the manager at that brewery said that Dark Horse renamed the beer to “Smells Like A Safety Meeting IPA.” (A “safety meeting,” in stoner slang, is a break taken while on the job to smoke marijuana.) 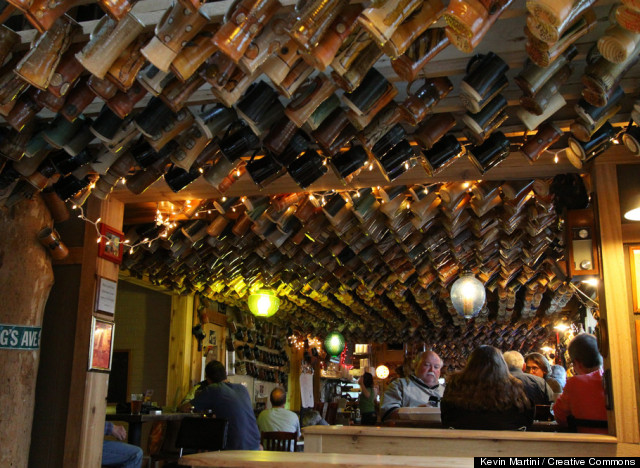 The taproom at the Dark Horse Brewing Co. in Marshall, Mich. Photo via Flickr/Kevin Martini.

In Seattle, Wash., Redhook Ale Brewery is bypassing the feds’ dislike of its newest beer, “Joint Effort Hemp Ale,” by distributing it only within Washington state -- which is allowed because the federal government only has power over interstate commerce. Karmen Olson, Redhook’s brand manager, said the brew is being marketed to celebrate the 2012 legalization of recreational cannabis by voters in that state. The federal government objects to the words “joint” and “hemp” being used to do that.

The tap handle used to market Redhook's "Joint Effort Pale Ale" in Washington makes it clear exactly what the beer is all about.

Thomas Hogue, a spokesperson for the TTB, said the bureau's authority to nix beer labels, including on "socially unacceptable" grounds, is based on well-established rights of the government to prevent consumer fraud. 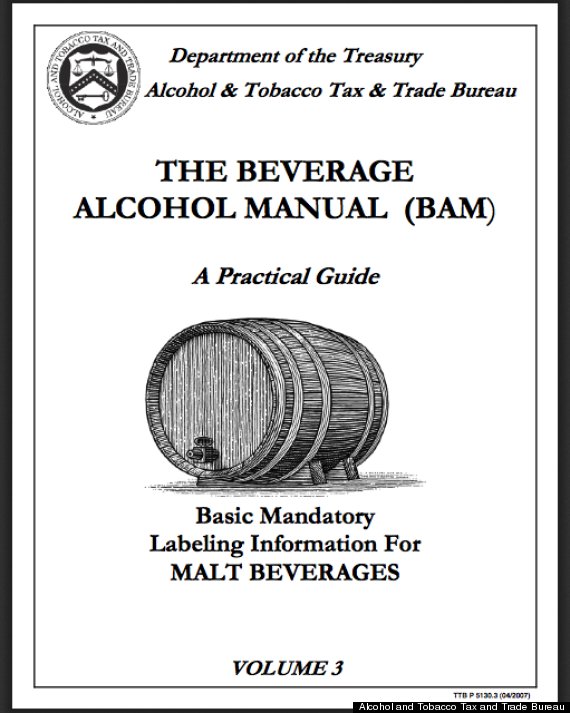 Cover page of the government's manual on labeling requirements for beer. The 26-page document summarizes hundreds of pages of regulations and guidance.

“It requires the judgment of a person,” Hogue said.

Besides drug references, the government considers suggestions that a beer has positive health effects or unusual potency to be unlawful. “Representations that are obscene or indecent” are equally rejected. Since 1954, the government has also banned “any design or pictorial representation relative to the American flag” and “decorations associated with such flag" on beer packaging. Curiously, the TTB allows Budweiser, one of the most popular beers in the country, to be sold in cans and bottles decorated with stars and stripes. Both the TTB and Anheuser-Busch, which makes Budweiser, say that the pattern depicts something other than the U.S. flag. 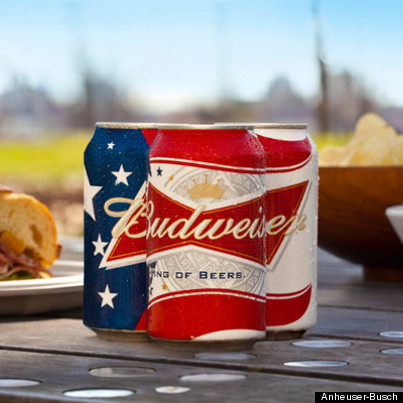 Anheuser-Busch, which uses patriotic branding, says the design on the cans above does not depict the U.S. flag, prohibited under federal law from being shown on beer labels.

Tony Magee, the founder of Lagunitas Brewing Company in Petaluma, Calif., has previously run afoul of authorities where marijuana is concerned. In 2005, California state agents shut down his brewery for 20 days after witnessing the use of marijuana on premises. More recently, the company was denied a federal permit to introduce an ale named “The Kronik,” given “chronic” is a slang term for high-grade cannabis. The brewery ended up naming the beer “Censored” as a dig at the feds. 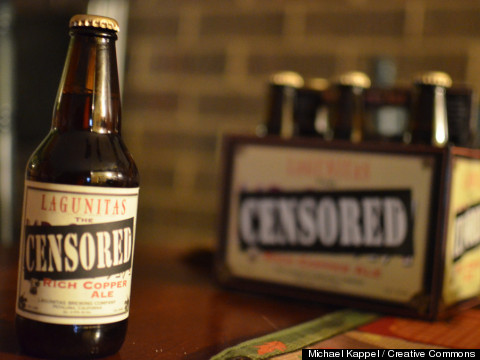 Magee said he has no ill will towards the government for nixing his branding.

“When they rejected Kronik, we did push a little,” he said. “I told them ‘Let me just ask you guys a question: What do you think Bud means? What about High Life?’”

“It is what it is,” Magee said. “The world is a place of enormous irony.”

Steve Lopas, the co-owner of Concord, Calif.-based Ale Industries, similarly named one of his brewery’s offerings “Orange Shush” to commemorate censorship by the feds. The original label of the ale was “Orange Kush,” which is also the name of a high-potency strain of cannabis. 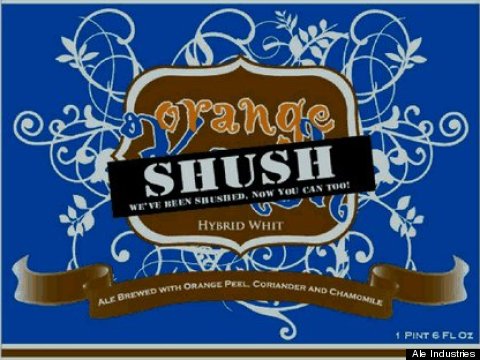 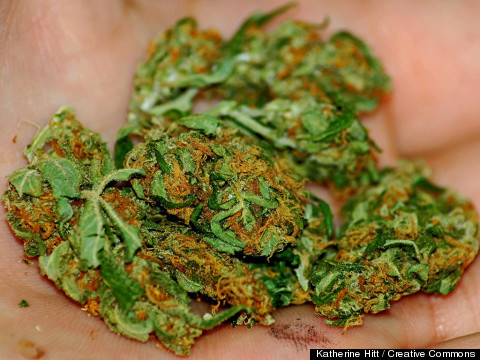 “They basically approved us making fun of them,” Lopas said, noting he tried to fight to keep the original beer name when it was rejected but did not have the resources to contemplate a protracted battle with the government.

One brewer who did choose to fight was Vaunne Dillman, co-owner of Mt. Shasta Brewing Co. in Weed, Calif. In 2008, the feds told Dillman he could not market his brewery’s “Weed Golden Ale” with bottle caps that read “Try LEGAL Weed.” With the aid of the American Civil Liberties Union, Dillman argued the word “weed” in his branding references the town where the beer is made, itself named after 19th century California lawmaker Abner Weed. 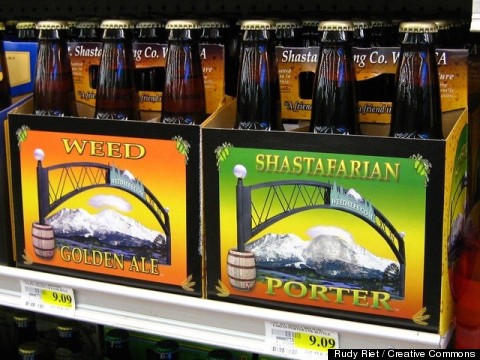 Adam Wolf, a San Francisco, Calif., civil rights lawyer now in private practice, was one of the ACLU attorneys who fought on behalf of Dillman. Wolf said he wishes more breweries would act like Mt. Shasta did. “The history of our civil liberties is the history of people standing up to the government,” Wolf said.

However, Trevor Burrus, a research fellow at the libertarian CATO Institute and an expert in constitutional commercial speech law, said it was unlikely beer brewers would succeed by suing the government.

Government agents are given “discretion and deference” by the courts to pursue policies they claim to be part of their mission. The broad discretion is worrying, Burrus said, as it opens the door to a ban on any expression the government finds unsavory.

“What if someone produced an ‘NSA Is Spying On You’ beer and then, suddenly, coincidentally, they went under review by the TTB?” he said.