Smoking marijuana is many, many times more likely to get you arrested in some states than in others, according to a new study by the information resource and community Addiction Treatment.

Researchers combined state-level 2012 marijuana arrest data from the FBI with the 2012 survey from the Substance Abuse and Mental Health Services Administration, which measured the percent of people in each state who reported using marijuana within the past month, to estimate the rate at which users in each state were arrested that year. Significant advancements in decriminalization laws have been made since 2012, the most recent year comprehensive arrest and prevalence data is available — causing marijuana arrests to plummet in some states, such as Colorado. Below is a visualization of the arrest rate per 100,000 users in 2012, when there was a pot-related arrest every 42 seconds, as calculated by U.S. News & World Report.

This map could change quickly as legalization efforts continue. Proposed legislation would decriminalize low-level marijuana possession in Illinois, where users were arrested in 2012 at a much higher rate than any other state. And the majority of Americans now believe that nationwide legalization of marijuana is just a matter of time, according to an April Pew Research poll. 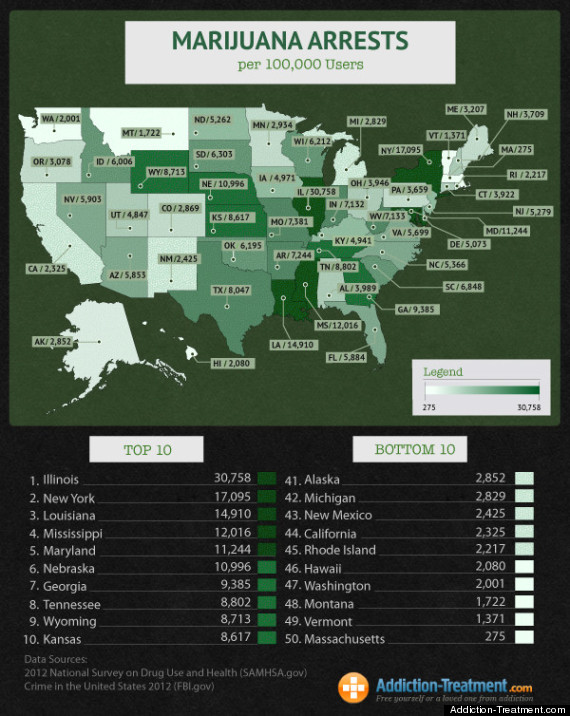